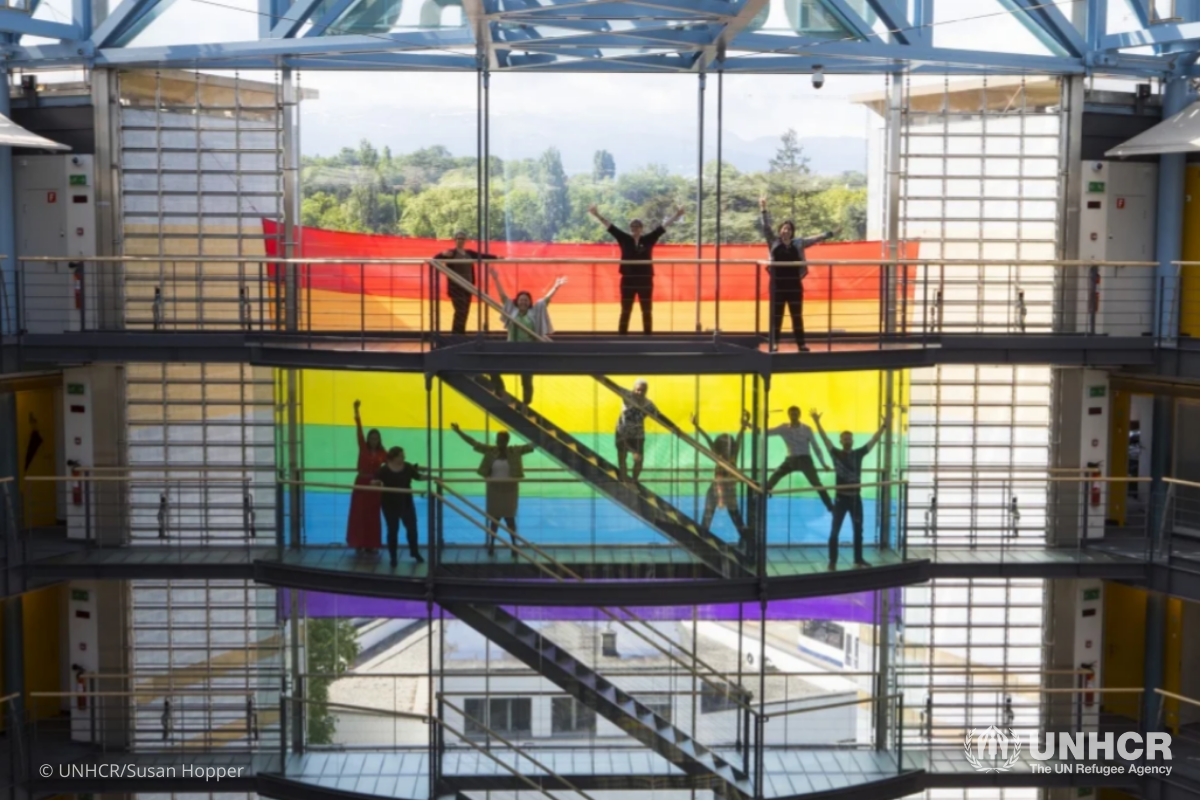 Today is the International Day Against Homophobia, Transphobia and Biphobia (IDAHOTB). It is an important occasion on which to recognize people forced to flee a specific kind of persecution and discrimination – people on the run because of their sexual orientation, gender identity or expression, or sex characteristics.

In too many countries it is still illegal to engage in same-sex relationships. In some, doing so is punishable by death. There are countries which have adopted laws that discriminate against LGBTIQ+ people. Some of them refuse – or are unable – to protect those who suffer or are at risk of violence and abuse from gangs or homophobic groups, from their communities, even sometimes from their own families.

Confronted with this reality, many LGBTIQ+ people have no choice but to flee. Yet, even as they try to find safety, they often continue to face risks, including violence or sexual abuse. Discrimination is often the one thing LGBTIQ+ refugees cannot leave behind – in many cases it follows them across borders as they continue to face barriers to finding a safe place to live, a job, or even seeing a doctor.

This is why UNHCR has redoubled its commitment to protecting the autonomy, agency, and rights of all forcibly displaced and stateless LGBTIQ+ people.

Today I honor the resilience of LGBTIQ+ refugees and asylum-seekers around the world seeking to rebuild their lives in safety and peace. As I continue to call on countries to keep their doors open to all those in need of refuge, I encourage them to do so also for LGBTIQ+ people forced to flee.

I want to pay special tribute to the LGTBIQ+ rights organizations – many led by refugees themselves – that are on the ground, supporting those seeking protection. These courageous and determined groups are often the first to welcome people who have fled and continue to help them as they adjust to their new communities.

But we cannot leave them alone to do this critical work. We each have a responsibility to counter homophobia, transphobia, and biphobia and realize a world where all LGBTIQ+ people do not need to flee and can live — at home — in safety, dignity and with pride.