The UN Refugee Agency (UNHCR) today called on the U.S. government to uphold its longstanding leadership role in protecting refugees and in welcoming individuals fleeing conflict persecution around the world, including Syrians and Iraqis escaping terrorism.

"It is not the refugee outflows that cause terrorism; it is terrorism, tyranny and war that create refugees," said UN High Commissioner for Refugees Antonio Guterres yesterday as he toured a refugee reception center on the Serbia-Macedonia border.

“Syrian and Iraqi refugees are the victims of terrorism, fleeing the same type of atrocities that we’ve recently witnessed. They’ve rejected the ideology of extremism and share the values of freedom and tolerance.”

The Syrian refugee crisis is the largest since World War II. Extreme violence and persecution have forced more than four million Syrians to flee to neighboring countries. Refugees living in difficult conditions have grown increasingly desperate as the conflict has continued and vital humanitarian aid has failed to keep pace with needs. The desire for a safe home where families can support themselves and their children can return to school has driven many refugees to undertake the harrowing and sometimes deadly journey by boat to Europe. The vast majority of Syrian refugees, however, remain in the region. To aid the most vulnerable refugees and to share the tremendous burden of these host countries, UNHCR has called on the U.S. and other governments to resettle those most at risk. So far, resettlement countries have agreed to admit 130,000 Syrian refugees.

UNHCR recognizes that opportunities for resettlement are extremely limited. Therefore, UNHCR reserves resettlement for those who are most at risk, such as unaccompanied children, women-headed households, victims of torture, and persons with special medical needs. UNHCR identifies and carefully screens all refugees before they are referred to a country for resettlement. All refugees referred to the U.S. then undergo extensive face-to-face interviews with Department of Homeland Security officers, along with multiple layers of identity and security checks. For these reasons, UNHCR tells refugees to expect 18 to 24 months for the U.S. process to complete.

“We understand that countries need to assess security vetting procedures and we fully support effective and efficient security screenings,” said Pitterman. “This goal can be accomplished while traditional U.S. values and leadership are maintained.”

Pitterman also noted that any interruption of U.S. resettlement programs would not only impact vulnerable families but could have larger political consequences. Resettlement--along with continued humanitarian funding--is a “critical form of solidarity” with Turkey, Jordan, Lebanon, and other countries in the region that have for years been “generously hosting the Syrian and Iraqi refugees,” he explained.

Do you stand with refugees?

Share the below image with your friends and family. 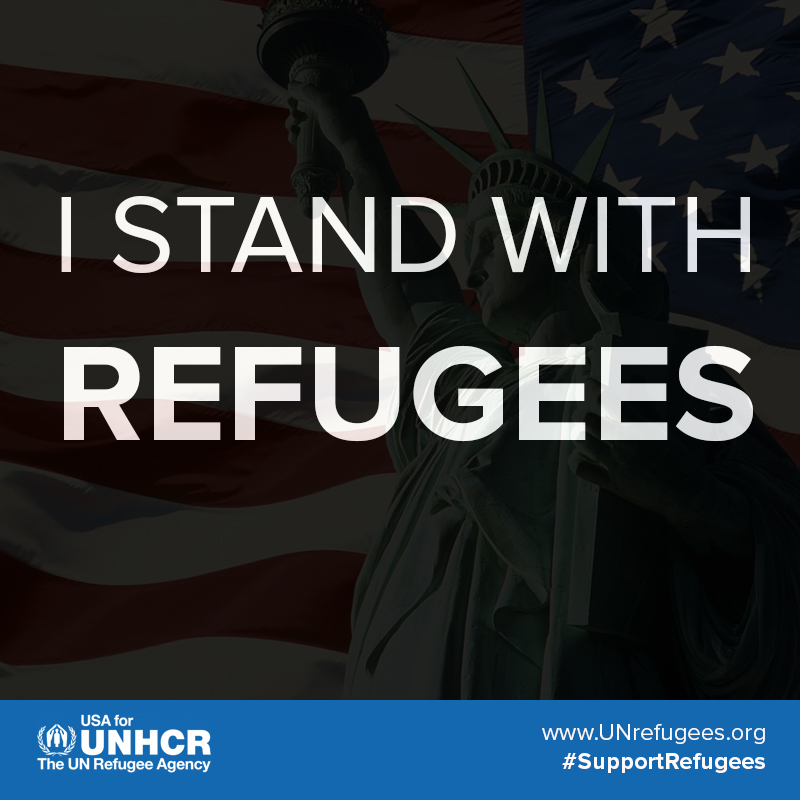