Concern rises over arbitrary detention of Syrian refugees in Egypt

GENEVA, 26 July (UNHCR) – The UN refugee agency said on Friday it was concerned that Egyptian military and security personnel have been arbitrarily detaining an increasing number of Syrians amid growing anti-Syrian sentiment. 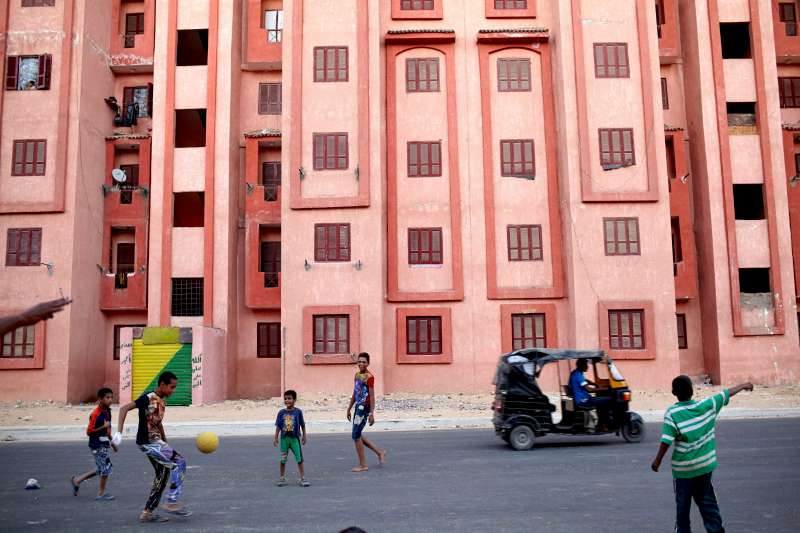 Syrian and Egyptian children play football in an impoverished neighborhood of the 6th of October City outside of Cairo. Egypt had been extremely welcoming to Syrians fleeing the war in their homeland.© UNHCR/S.Baldwin

UNHCR spokesperson Melissa Fleming told a news briefing that those arrested and detained had included several minors and Syrians registered as refugees with the UN agency.

"UNHCR has been requesting access to 85 detained Syrians and assurances that they are not returned to Syria, stressing that they should be afforded fair and due process of law in Egypt," Fleming said.

This new climate began following allegations that a few Syrians participated in protests and violent acts during July. There have also been numerous reports of xenophobic remarks and verbal attacks against Syrians, including disturbing statements made through media outlets.

Since the start of the Syrian conflict, Syrians had enjoyed an extremely hospitable environment in Egypt. The government granted unrestricted visas and residence permits and provided full access to public services. Syrians had not felt the urgency to renew expired residency permits as required.

"Now, a growing number of Syrians are expressing their fear of being arrested if they circulate in public," Fleming said.

This hostile environment has led to a notable increase in the number of Syrians approaching UNHCR to register. The government estimates some 250,000 to 300,000 Syrians currently reside in Egypt; 80,000 were registered with UNHCR as of 25 July and around 28,800 held appointments for registration in the coming weeks.

Additionally, the government has recently introduced entry requirements for Syrians, including visa and security clearance issuance prior to travel to Egypt. A number of flights carrying Syrians have been turned back from airports in Egypt to where their flight originated, including Damascus and Latakia in Syria.

Some 476 Syrians have been deported or denied entrance to Egypt since these measures were put in place on 8 July. The UNHCR spokesperson said the refugee agency has appealed to the Egyptian government to consider at least allowing women, children and the elderly to enter the country without the visa restrictions.

"UNHCR appreciates the Egyptian government's affirmation that Syrians are welcome in Egypt," said Fleming. "We call upon the government to ensure that any precautionary measures in light of the current security situation in the country do not infringe upon fundamental human rights principles and the country's international responsibilities to provide asylum and protection to refugees."