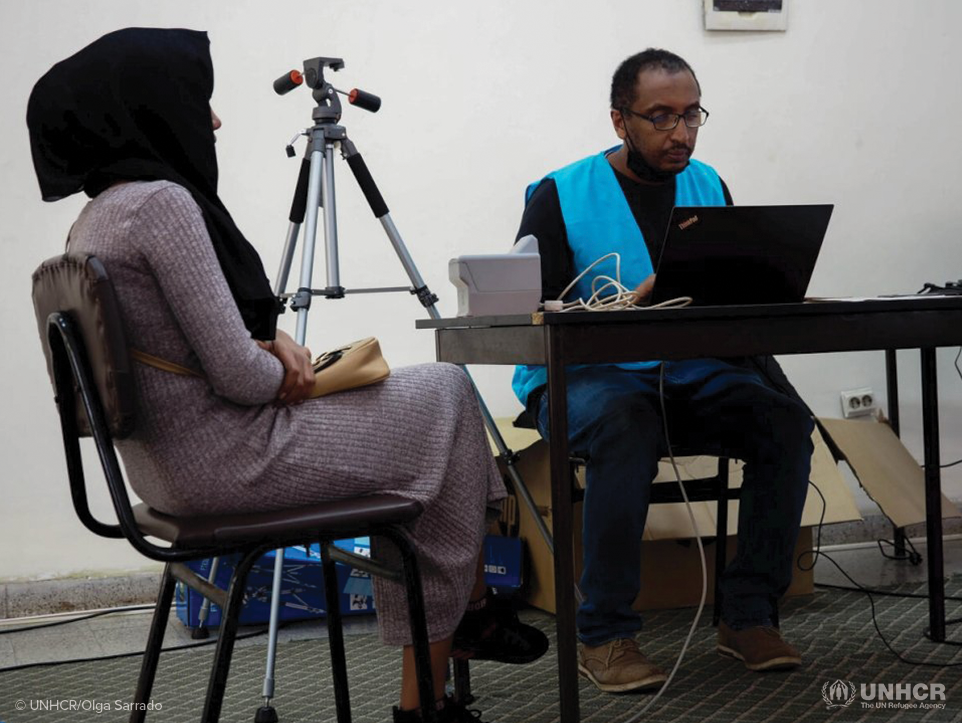 UNHCR, the UN Refugee Agency, and its partners have regained access to the Mai Aini and Adi Harush camps for Eritrean refugees in Ethiopia’s Tigray region. Violent clashes in the area had prevented UNHCR staff from reaching the camps since July 13th.

The delivery of urgently needed assistance restarted on August 5th for the 23,000 refugees in both camps.

However, access is limited by a complex and fluid security situation and refugees continue to face dire conditions. Basic services such as healthcare remain unavailable, and clean drinking water is running out.

UNHCR is calling for safe passage which will allow refugees from Mai Aini and Adi Harush to be moved to the new site of Alemwach, near Dabat town, some 83 miles away.

While UNHCR and ARRA, the Ethiopian Agency for Refugees and Returnees Affairs, complete works at Alemwach, emergency accommodation in community shelters in Dabat have been identified, with local community support, and the first 126 refugees relocated there, where they are being provided with assistance.

In the past week, humanitarian access into Tigray has improved and UNHCR staff and 12 trucks carrying emergency aid have reached Mekelle, the region’s capital.

Unhindered access into Tigray and throughout the region must be ensured by all parties to the conflict, to allow UNHCR and our partners to deliver and scale up lifesaving humanitarian assistance and protection to tens of thousands in dire need of urgent support.

Since August 4th, UNHCR with ARRA and non-governmental organization WISE, have begun issuing temporary identification documents to Eritrean refugees who fled to Addis Ababa from the Shimelba and Hitsats camps in northern Tigray, which were destroyed at the start of this year. The three-year documents will enable refugees to access assistance, services, and protection.

UNHCR is also concerned about fresh displacement from fighting in Ethiopia’s Amhara and Afar regions. According to estimates from local authorities and the UN Office for Coordination of Humanitarian Affairs, OCHA, some 100,000 people in Amhara and 70,000 in Afar have been internally displaced.

UNHCR has also observed more refugees crossing into Sudan from Ethiopia. Last month, more than 275 refugees, of which about 40 were Eritrean, arrived in Sudan’s Hamdayet, which borders Tigray. A larger group of about 900 people of Qemant ethnicity crossed into Sudan from the Amhara region through Gallabat. UNHCR and partners are jointly responding and overseeing preparedness plans in case of a further influx into eastern Sudan.

UNHCR is appealing for $164.5 million to assist 96,000 Eritrean refugees and 650,000 internally displaced people in Ethiopia’s Tigray region and up to 120,000 Ethiopian refugees in eastern Sudan.

Some $101.3 million, or 61 percent of the appeal, will help provide essential aid such as shelter, domestic items and protection, including support for survivors of gender-based violence, inside Tigray.

In addition, $63.2 million will strengthen UNHCR’s response in eastern Sudan and Blue Nile State, where we are providing protection assistance, shelter, water and sanitation, health, and logistics. UNHCR is also working to urgently preposition supplies and put in place facilities at border points for any new arrivals from Ethiopia.

UNHCR teams stand ready to help these populations for whom humanitarian aid is their only lifeline, with some still out of reach as active conflict prevails.

UNHCR continues to call all parties to the conflict to protect civilians in line with their obligations under international humanitarian law and requests safe and unhindered access to reach all those in need.