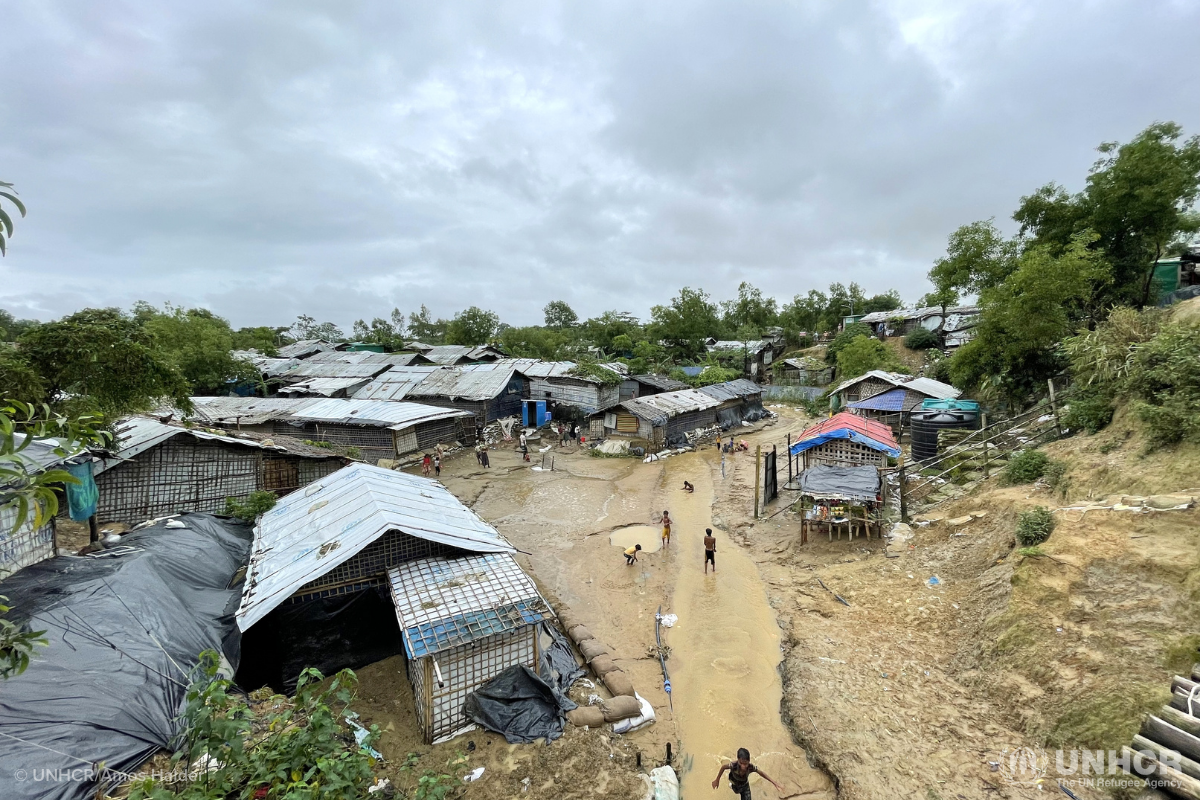 There is now a clear link between climate-related emergencies and forced displacement, UNHCR, the UN Refugee Agency, said today, imploring leaders to change words to action and step up support for people forced to flee, and their hosts, to avert and mitigate loss and damage in the most vulnerable regions.

As the UN Climate Change Conference (COP 26) enters its final week, and focuses on adaptation, UNHCR called for more assistance to the countries and communities most impacted by the climate emergency yet most neglected in terms of support. The focus needs to be channeled to community-based adaptation projects to help the millions grappling with the catastrophic effects of climate change, many of whom have been displaced, often multiple times.

“Most of the people we support are from countries on the front lines of the climate emergency or they are being hosted in states equally impacted,” said Filippo Grandi, the UN High Commissioner for Refugees. “They face climate-related disasters like floods, droughts and desertification. This destroys livelihoods, stokes conflict, and has forced people to move. We urgently need new thinking, innovation, funding from the wealthiest, and political will just to contain the situation – let alone improve things.”

In Glasgow, UNHCR’s Special Advisor on Climate Action, Andrew Harper, is highlighting the impact of climate change on the displaced. Ninety per cent of refugees under UNHCR’s mandate and 70 per cent of the internally displaced are from vulnerable countries least ready to adapt. Millions more are forced from their homes every year in disasters. Mr. Harper will highlight how climate change is already amplifying vulnerabilities in many regions that host displaced people. In Afghanistan, rising temperatures and droughts have exacerbated the effects of 40 years of war, worsening food shortages in a country with over 3.5 million people internally displaced. In Mozambique, insurgency has forced 730,000 to flee as the country reels from cyclones.

In the Sahel, temperatures are rising 1.5 times faster than the rest of the world, and climate-related impacts are increasing competition for resources in areas where armed groups already exploit weak governance, poverty, and ethnic tensions. Supporting the UN Integrated Strategy for the Sahel, UNHCR has brought together predictive analytics experts under an inter-agency project to anticipate how climate change will impact risks, and to support development, humanitarian and peace-building efforts.

UNHCR works in 130 countries delivering protection and assistance, and supporting displaced and host communities to adapt and create solutions in the increasingly inhospitable climate. “We operate in many areas already experiencing the devastating impact of the 1.5-degree temperature rise,” Mr. Harper said. “We can’t wait for more COPs and more unfulfilled commitments. The displaced and their hosts need help now – to build resilience to resist the looming increase in extreme weather events.”

Mr. Grandi added: “Forced displacement is among the most devastating human consequences of climate change and shows the deep inequalities in our world. Partnering with those already suffering the effects of climate change, especially those uprooted from home, is critical to successful solutions. But they need international support, and they need it now.”

UNHCR has been working with hosts and refugees to support mitigation where possible. In Bangladesh, UNHCR and partners have worked with Rohingya refugees to plant fast-growing trees to reverse deforestation. In Cameroon, refugees who fled violence in Nigeria now help to implement the Great Green Wall, a project that calls for an 8,000-kilometre barrier of vegetation across Africa to combat the effects of climate change. UNHCR has also pledged to reduce its own greenhouse gas emissions and minimize damage to the environment.

To better protect people who have already fled from conflict and whose lives are being devastated by an increasingly violent climate, UNHCR is calling on States to make all possible efforts to curb the devastating humanitarian consequences of the climate emergency by taking the following actions:

•    Increase financial, technological, and capacity support to avert, minimize and address displacement related to the adverse effects of climate change.

•    Provide support to vulnerable countries and displaced communities who have contributed least to climate change but have the fewest resources to prepare and adapt. This includes increasing access to sustainable and predictable climate financing to scale up prevention and preparedness measures. Such funding would help avert, minimize and address displacement related to climate change as a form of loss and damage.