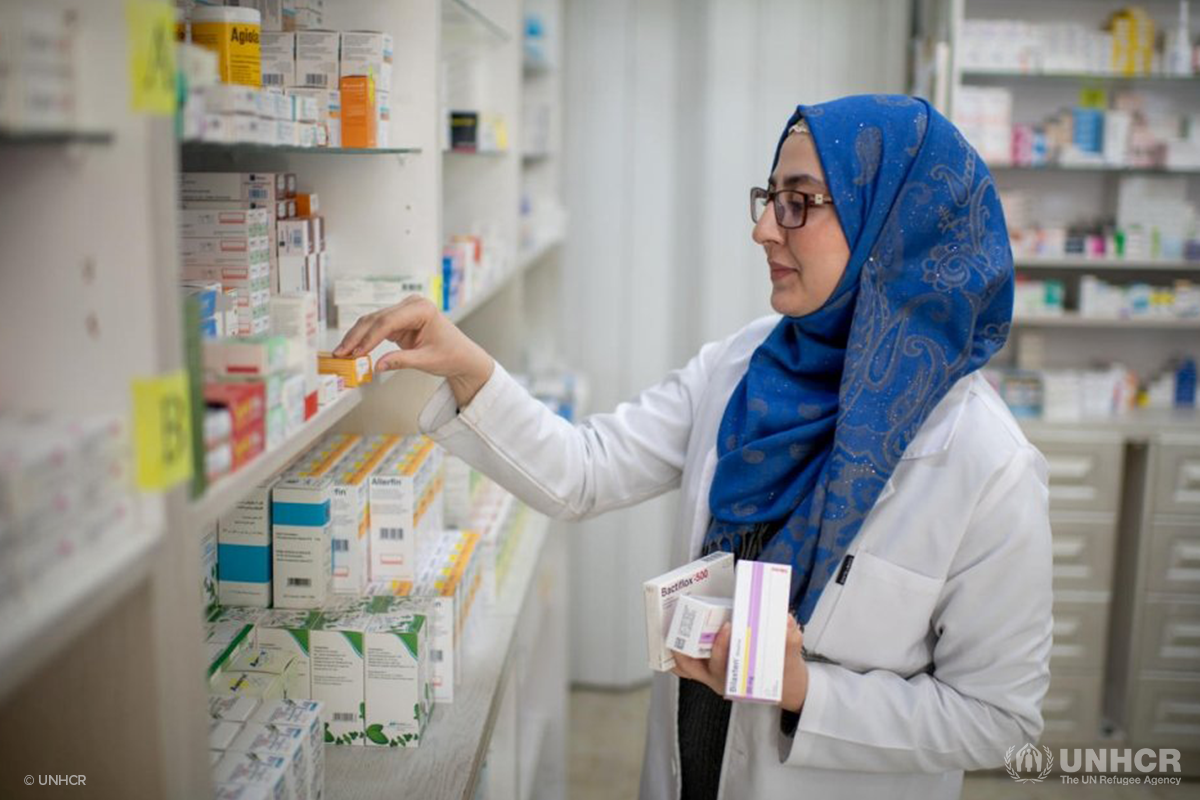 With only three percent of refugees accessing higher education, UNHCR, the UN Refugee Agency, is urging governments and donors to help bridge critical gaps by ensuring the inclusion of refugee students in national education systems and the continuity of tertiary education programs, as well as offering more places for refugees.

The COVID-19 pandemic has been tough for students and especially for refugees, many of whom - 85 percent - reside in developing or least developed countries. With some affected by school closures, remote learning is not always available and even if so, mobile phones, tablets, laptops, TV and radio sets as well as internet connectivity are often not accessible to those displaced.

The socio-economic consequences of the pandemic not only constrain opportunities but also may force displaced and destitute students to drop out of school and into work, begging and early marriages, to try and support their families.

UNHCR is also worried that unless support is urgently boosted, one of the consequences of the global health emergency will be the reversal of some of the hard-won gains in refugee education, including an increase in refugee tertiary enrollment rates.

In 2017 only one percent of refugees were enrolled in higher education. Since the end of 2018, this figure has increased to three percent, largely owing to a greater recognition on the part of states, education institutions and partner organizations of the importance of tertiary education for refugees.

2019 was also a record year for UNHCR’s higher education scholarship scheme known as the DAFI program (the Albert Einstein German Academic Refugee Initiative), which is largely funded by the German government with the Government of Denmark as a new partner.

Aiming to support national education systems, the program prioritizes refugee enrollment in public, higher education institutions. Scholarships are provided to refugees through a competitive selection process and cover tuition and other associated costs.

Highlighting the growing demand from refugees around the world and the strong response, by governments and partners, on the need to improve refugee education, the number of refugee students enrolled through this program at the end of 2019 was 8,347 in 54 countries of study.

This is a record level since the program’s inception almost three decades ago, and an 18 percent increase when compared to last year, or 1,481 additional scholarships. This expansion was made possible through increased funding.

For refugees enrolled in the program, major fields of study were; medical science and health related fields, followed by commerce and business administration, social and behavioral science, engineering and mathematics, and computer science.

This and further data on refugee tertiary enrollment is highlighted in UNHCR’s “Refugee Students in Higher Education” report released yesterday.

Rallying support for education, including at the tertiary level, was a key objective of the Global Refugee Forum held in December last year.

To withstand the impact of the COVID-19 pandemic, UNHCR is calling on governments, the private sector, civil society and other key stakeholders to help strengthen and improve refuge inclusion and accessibility to national education systems in refugee host countries and to secure and safeguard education financing. Without such action, countless futures will be jeopardized.