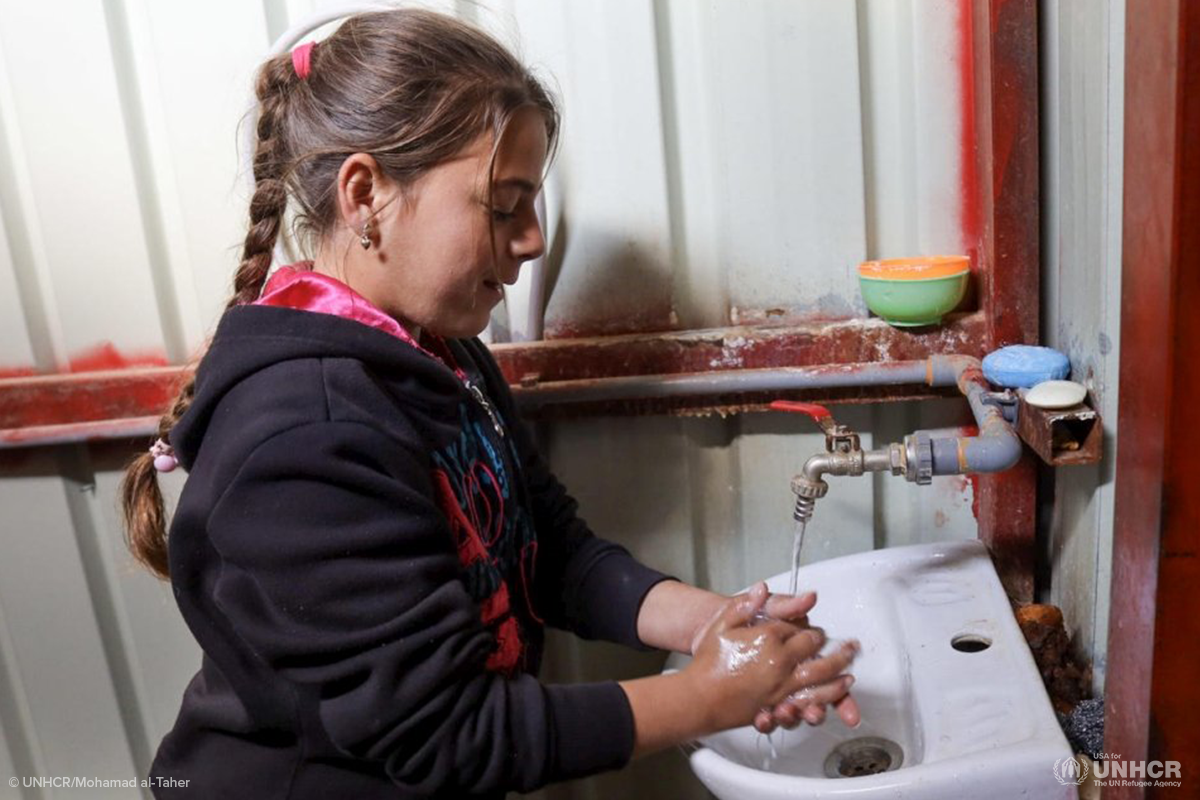 UNHCR, the UN Refugee Agency, is seeking $745 million as it races to prepare for and prevent outbreaks of COVID-19 among refugees and other displaced populations around the globe. This is UNHCR’s portion of the revised UN Global Humanitarian Response Plan appealing for $6.7 billion, launched last Thursday. Based on the latest assessments of global needs to curb the impact of the pandemic among forcibly displaced, it is an upward revision of the initial $255 million sought in the earlier appeal for UNHCR on March 25th.

With coronavirus now present in every country, including those that host large refugee and displaced populations, the world’s 71 million refugees and forcibly displaced people are among the most exposed and vulnerable to the threat of the virus.

While no outbreaks have so far been reported in large refugee and IDP settlements, UNHCR is rapidly responding in 134 refugee-hosting countries that are reporting local transmission.

“The pandemic is inflicting deep wounds across the world, particularly for women and the elderly. For people who fled wars and persecution, the impact on their mostly hand-to-mouth existence and on their hosts has been devastating,” said UN High Commissioner for Refugees Filippo Grandi. “Together with our NGO partners, the UN is determined to stay the course and deliver for people forced to flee and their hosts, to ensure their inclusion in public health responses and access to social safety nets.”

As of today, the coronavirus has infected more than four million people globally, and claimed nearly 280,000 lives. As the disease is not expected to peak in the world’s poorest countries for another three to six months, UNHCR teams around the world are preparing fast – and bracing for the worst.

The evidence of deep and hard-hitting economic impact of the crisis on refugees is overwhelming. Across the Middle East and Africa, hundreds of thousands of refugees have asked for urgent financial assistance to cover their daily essential needs since lockdowns and other public health measures came into force in many countries in March. In Lebanon, which was facing an economic downturn even before the pandemic, over half of the refugees surveyed by UNHCR in late April reported having lost livelihoods such as daily labour. Among the refugees consulted, 70 percent reported that they had to skip meals. The impact on refugee women is profound, with almost all who were working saying they had seen their income source disrupted.

UNHCR is worried that the loss of daily wages and livelihoods can result in psycho-social hardship. In Jordan, partners report a significant rise in mental health and psycho-social consultations since March.

Groups at a particular risk of poverty and exploitation include female heads of households, unaccompanied and separated children, older people and LGBTI people. Their situation can be improved through emergency assistance, notably through emergency cash grants.

Thanks to prompt and generous contributions from government and private supporters, UNHCR quickly ramped up its coronavirus response. In a matter of weeks, UNHCR procured and delivered to field operations more than 6.4 million face masks, 850,000 gowns, 3,600 oxygen concentrators, 640 ventilators, over 1,600 housing units and 50 hospital tents. In addition, six tonnes of personal protection equipment (PPE) and medical supplies have been airlifted and $30 million COVID-19 related cash assistance has been distributed in 65 countries.

Funds will also ensure UNHCR can scale up its protection and assistance, including child protection and sexual and gender-based violence services. UNHCR is urgently adapting life-saving protection programmes for survivors of violence and advocating to ensure that health, psycho-social support and safety services are designated as essential and remain accessible to refugees and the forcibly displaced.

Over eighty percent of the world’s refugees and nearly all of the world’s internally displaced people are hosted in low- to middle-income countries, some of them hit hard by conflict, hunger, poverty and disease. Many of the forcibly displaced are in camps or densely populated urban areas, often living in inadequate conditions with limited, fragile public health, sanitation facilities and social protection systems.

Consequently, UNHCR is prioritizing preparedness and prevention measures to curb the threat of the pandemic. These are critical measures for avoiding a higher fatality rate among refugees and displaced populations due to often overcrowded living conditions and limited health and water and sanitation infrastructure.

The funds requested within UNHCR’s revised COVID-19 appeal are to cover UNHCR’s budgetary needs to respond to coronavirus until the end of the year. UNHCR is grateful to those donors who have already contributed vital funding. Early support from the United States of America, Germany, the European Union, the United Kingdom, Japan, Denmark, Canada, Ireland, Sony Corporation, Sweden, Finland, Norway and Australia, as well as from individual private donors from across the world, allowed us to scale up activities globally.