UNHCR urges the United States to strengthen its fight against statelessness

Washington, DC, December 10, 2012 (UNHCR) – The UN refugee agency and the Open Society Justice Initiative are jointly appealing to the U.S. Government to take further action to end the hardships facing stateless people in the United States. In a report released today, Citizens of Nowhere: Solutions for the Stateless in the U.S. the two organizations recommend changes that include action by the U.S. Congress and the Administration to resolve statelessness in the United States.

"For millions of people around the world statelessness is all too real. It means living without rights that most people take for granted, being at constant risk of detention, and having a life of ever-present fear and uncertainty," said Vincent Cochetel, UNHCR's Washington-based regional representative. "The U.S. has a long history as a global leader in human rights. At a December 2011 UNHCR ministerial conference in Geneva, the United States pledged to undertake important actions to reduce statelessness, both internationally and domestically. Meaningful steps toward fulfilling those pledges have already been taken, and the recommendations in our report provide a path for the United States to build on those actions and set a true example for other nations in providing solutions to statelessness."

Stateless individuals are people deprived of a citizenship and its benefits. As such, many lack full access to services. There are up to 12 million such people worldwide, although in the absence of reliable statistics it is hard to know precise numbers – including of those living in the United States. Stateless people in the United States cannot travel outside the country and must report to immigration authorities from once per week to once per year.

"I wish nobody would have to go through the same thing that I am going through," said Mikhail Sebastian, a stateless man from the former Soviet Union, who is presently stranded in American Samoa, a U.S. territory. Being stateless he faces difficulties in returning to his home in the United States. His story illuminates the challenges that many stateless people in the U.S. face. Without a legal framework allowing them to apply for residency and eventually obtain citizenship, they live their lives in permanent limbo. 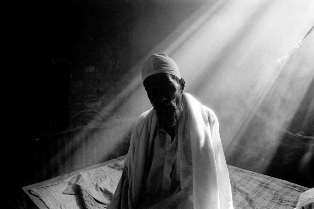 In Search of Identity: An ailing 75-year-old Bihari sits alone in his room in a camp in Bangladesh. View more photos in Greg Constantine's gallery: Nowhere People. Photo ©UNHCR/G. Constantine

Many stateless people, like Sebastian, once had a nationality but lost it when the countries they were citizens of ceased to exist. Some have been arbitrarily stripped of their nationality, often because of their race. Others have been without citizenship since birth, for example in countries where flawed nationality laws mean women are not allowed to pass on nationality to their children. All are "stateless" – citizens of nowhere. UNHCR hopes the United States will help end that situation for stateless people within its borders, while continuing to lead efforts to identify, reduce and end statelessness globally.

UNHCR is campaigning to end statelessness worldwide. In December 2011 at a global ministerial meeting held in Geneva, 61 governments pledged to take action on statelessness, including the United States. Since UNHCR's campaign started in 2010, fifteen states have acceded to one or both of the United Nations Statelessness Conventions. These are the 1954 Convention Relating to the Status of Stateless Persons and the 1961 Convention on the Reduction of Statelessness.