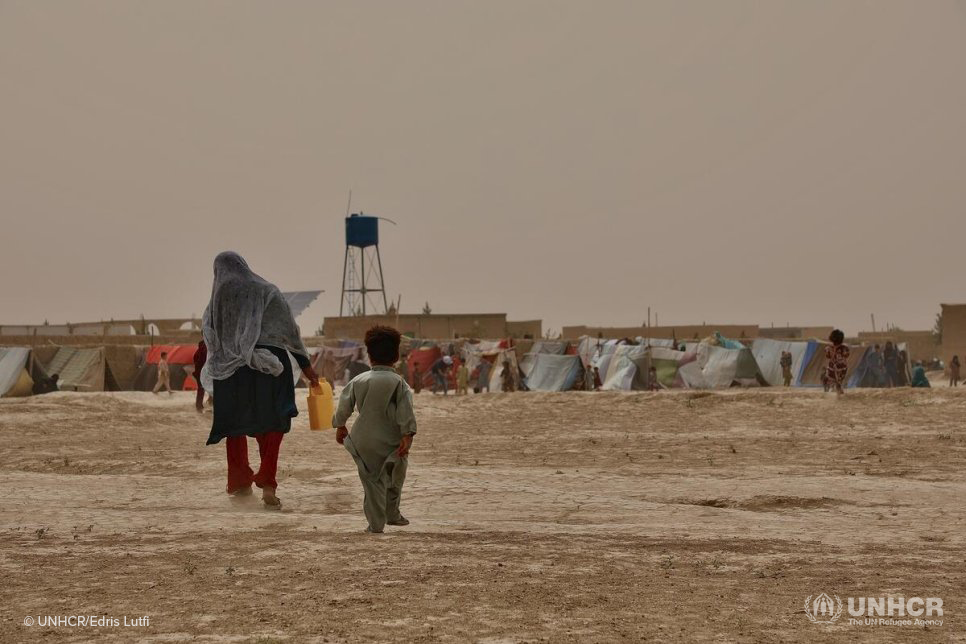 UNHCR, the UN Refugee Agency, is alarmed by the unfolding humanitarian crisis in Afghanistan today. As widespread fighting intensifies, the United Nations in Afghanistan continues to call for a permanent ceasefire and a negotiated settlement in the interests of the Afghan people.

The human toll of spiraling hostilities is immense. The United Nations Assistance Mission has warned that without a significant de-escalation in violence, Afghanistan is on course to witness the highest ever number of documented civilian casualties in a single year since the UN’s records began.

We are particularly worried about the impact of the conflict on women and girls. Some 80 per cent of nearly a quarter of a million Afghans forced to flee since the end of May are women and children.

Nearly 400,000 were forced from their homes since the beginning of the year, joining 2.9 million Afghans already internally displaced across the country at the end of 2020.

Ongoing fighting has been reported in 33 of Afghanistan’s 34 provinces.

The overwhelming majority of Afghans forced to flee remain within the country, as close to their homes as fighting will allow. Since the beginning of this year, nearly 120,000 Afghans have fled from rural areas and provincial towns to Kabul province.

UNHCR is urging the international community to urgently step up its support to respond to this latest Afghanistan displacement crisis.

Our teams, as part of the broader UN effort, has assessed the needs of almost 400,000 internally displaced civilians this year. Responding initially to the most critical priorities, we are providing food, shelter, hygiene and sanitary kits and other lifesaving assistance, together with partners.

UNHCR is calling on countries neighbouring Afghanistan to keep their borders open in light of the intensifying crisis in Afghanistan.

In the context of generalized insecurity in many parts of Afghanistan, it is increasingly clear that Afghans outside of the country may have international protection needs. UNHCR calls for all states to ensure they are able to seek safety, regardless of their current legal status.

Given the dramatic escalation in conflict, UNHCR welcomes the actions now taken by several states to temporarily halt deportations of failed asylum-seekers and ensure access to asylum procedures.