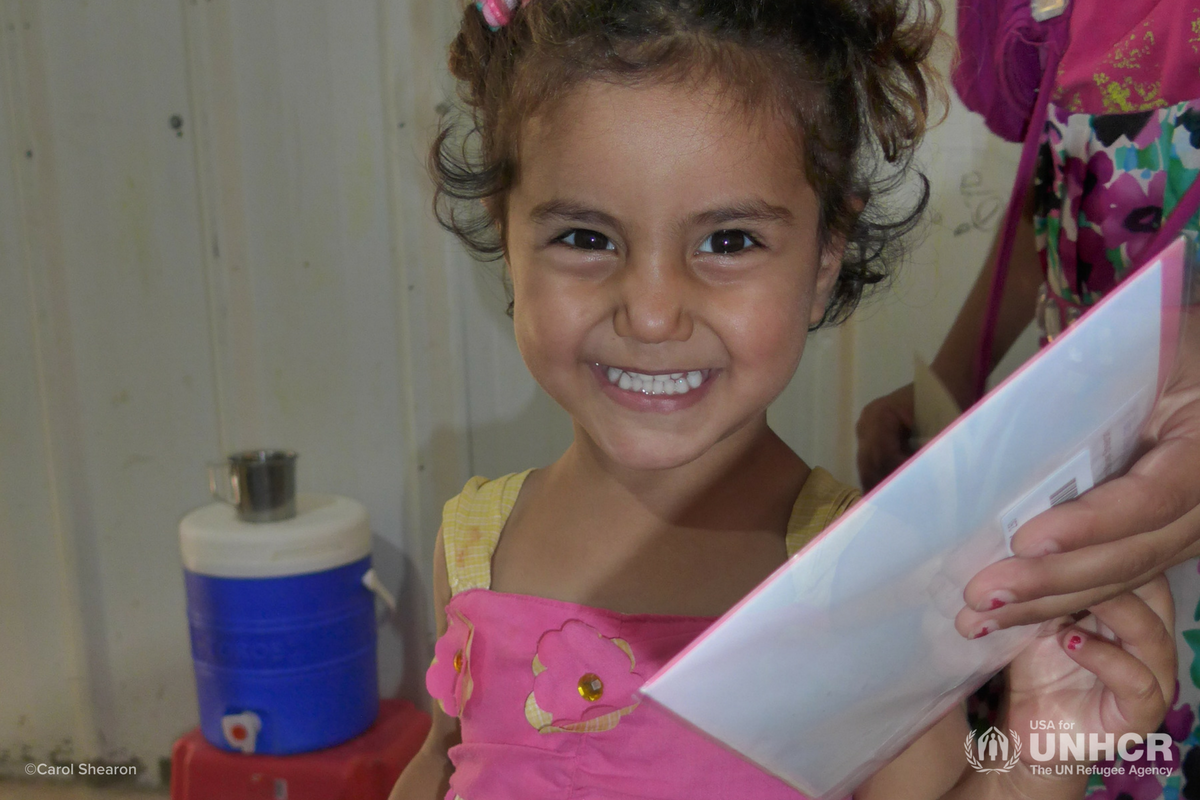 In July 2017, Carol Shearon, a USA for UNHCR supporter who has raised over $40,000 for UNHCR’s cash assistance program, traveled with USA for UNHCR staffer Susan LaBombard to Jordan. Here is her first-person report.

This month Syria’s war reaches another grim milestone – seven years of devastating conflict that has left the country in ruins and the lives of its people shattered. Millions of Syrian people have been forced to flee their homes, often without any of their personal belongings. They are vulnerable and must start entirely from scratch in a new country. That is why UNHCR assistance is vital to the survival of millions of Syrians today.

Like many people, I have been deeply disturbed by the pain and suffering Syrian refugees have endured. I decided that, even though I’m only one person, I won’t be discouraged from doing what I can. So, starting with my Quaker meeting in Philadelphia, I began asking people to support USA for UNHCR. The response was even more encouraging than I hoped and, in a year’s time, I was able to raise more than $40,000.

In July 2017, I had the extraordinary opportunity to join Susan LaBombard from the USA for UNHCR staff on a field visit to Jordan. It was one of the most moving experiences of my life. 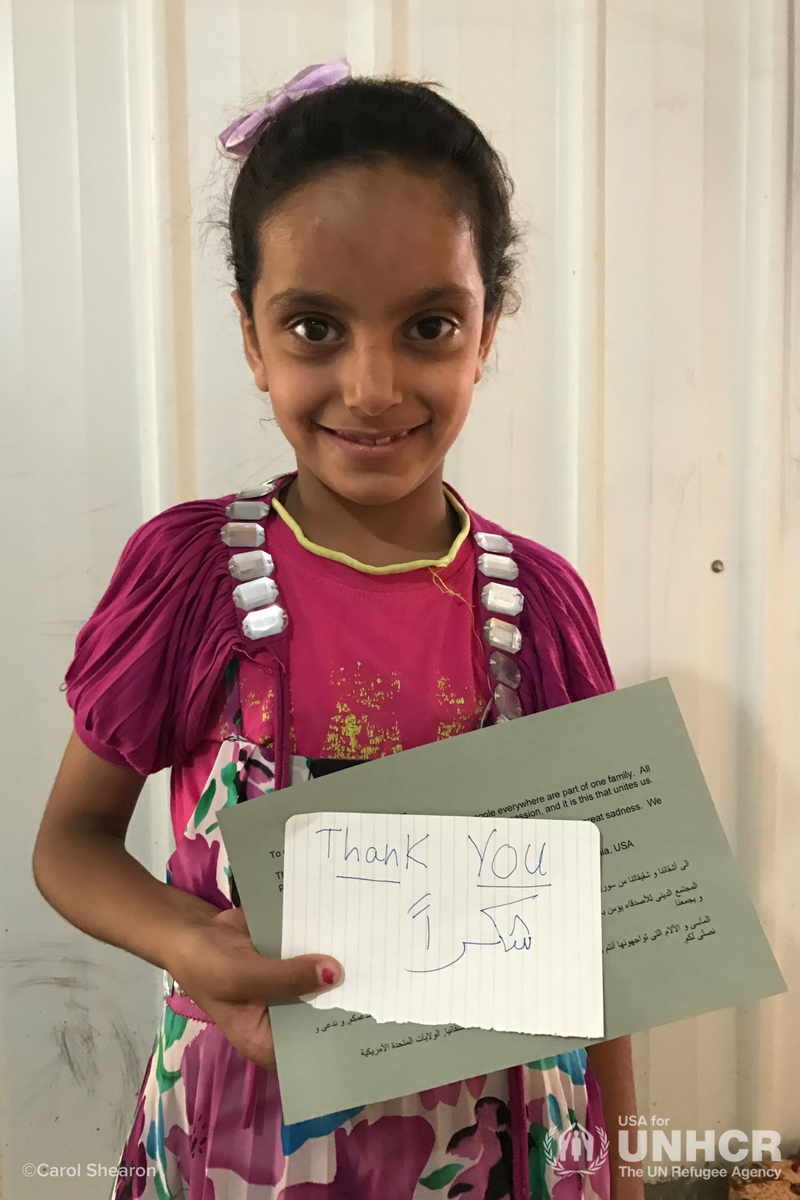 The most powerful moments on the trip were our visits with refugee families. In Zarqa, a town north of the capital Amman, we met Ahmad, his wife Futaim and their four children. In 2014, fearing for their safety in Raqqa, Syria, they spent their life savings to flee to Jordan.

With few opportunities for work, the family was forced to borrow money to survive.

They qualified for UNHCR cash assistance in 2015, but remained on a waiting list for nearly two years due to funding shortfalls for UNHCR’s Syria program.

Despite facing insurmountable debt, the parents somehow continued to find ways to keep their children in school. That kind of dedication and character cannot fail to impress you.

In 2017, Ahmad and Futaim finally began receiving cash assistance. Now the family can afford to pay rent and send their children to school without falling deeper into debt.

We looked at each other with tears in our eyes. No other words were needed.

UNHCR serves as a lifeline for Syrians trying to regain their independence and once again lead self-sufficient lives in Jordan and elsewhere. While I am proud to have raised $40,000 in my hometown for UNHCR’s cash assistance program, I know more help is desperately needed. Families like Ahmad and Futaim’s have been living in exile for years and need our support to get back on their feet.

My eyes have been opened to a whole new reality. I am more committed than ever to helping refugees access the resources they so desperately need, and you can help too. Become a monthly donor to USA for UNHCR today to help displaced Syrians rebuild their lives after seven years of trauma.