What Syrian Refugees Taught Me about Parenting, 6,000 Miles Away from My Son 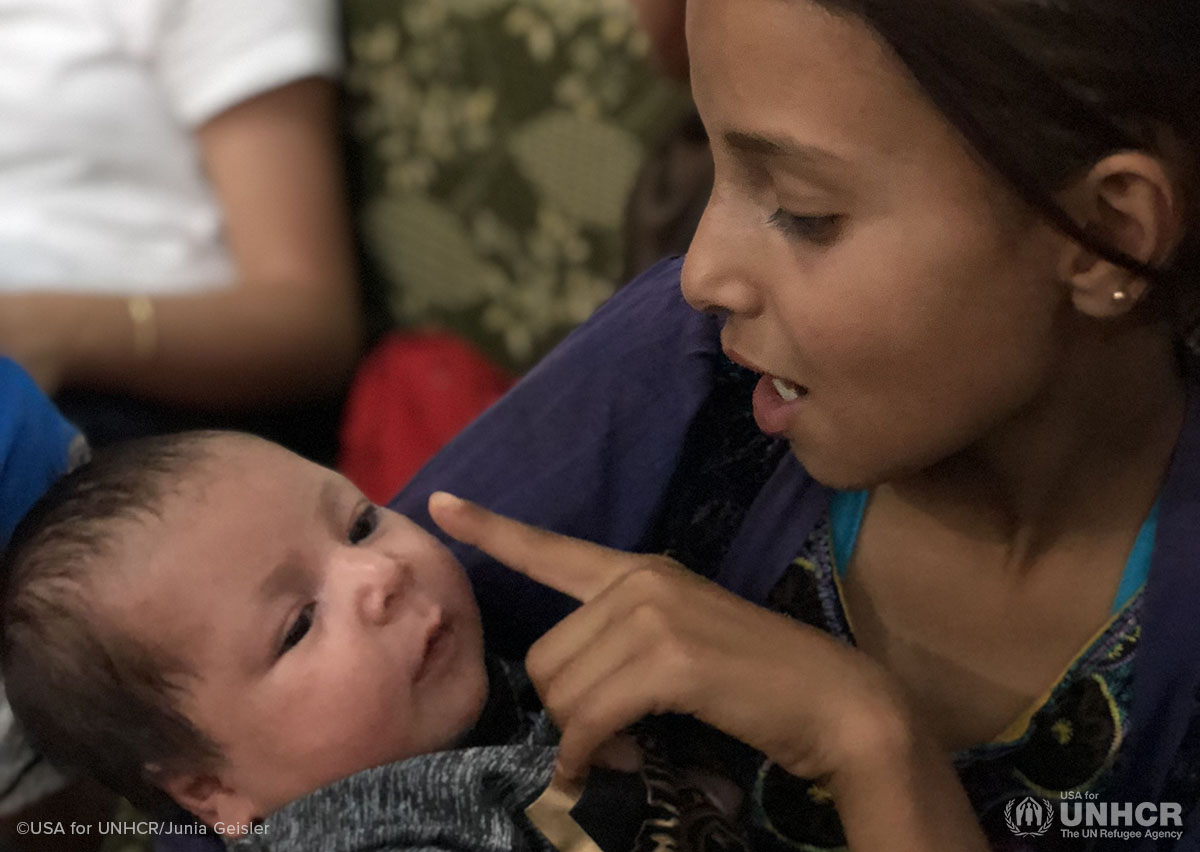 "I wonder if we'll be able to find our formula," I said to my husband as we drove from the airport in San Francisco east towards the Yosemite Valley for vacation. We'd brought enough of the red-canned organic formula that my 10-month-old son Leo drinks to make it through a couple of days but he would need a two weeks' supply for this trip.

In a few days, I would be leaving Leo and my husband Colin for a week — my first extended work trip away from my baby. I was traveling to Jordan where I would meet with Syrian refugees living in Amman and Azraq refugee camp. Given where I was headed, I felt guilty to be worried about organic formula. The families I would be meeting would have nothing.

As the Communications Director at USA for UNHCR, the UN Refugee Agency, I see images and read the stories of refugees every day. Many have left a deep impression on me, but nothing compares to sitting in an aluminum shelter with a family in a refugee camp in the middle of the desert and listening to the hopes and dreams they still cling to despite everything they’ve been forced to go through.

In Azraq refugee camp, run in partnership by UNHCR and the Jordanian government, there are approximately 40,000 Syrian refugees — 58 percent of them are children. About half of the children are registered in the camp's 16 schools, with girls attending in the morning and boys in the afternoon.

Like most refugees, the families in this camp live in limbo. The war in their homeland rages on, making it impossible to return. They likely won't be resettled in the U.S. anytime soon; the U.S. has admitted less than 30 Syrians this calendar year. Maybe they will have an opportunity somewhere else, but resettlement is down around the world with 103,000 resettled in 2017, down from 189,000 in 2016.

In spite of this, these families do their best to create normalcy and hope, just as I would for my child.

I met one family doing just this. Eid and Um Jihan and their four children live in village 6 of Azraq camp. Their oldest is Jihan; she is 12 but has a slight build like her father and looked no older than 8 or 9. Bayan is 4; she has a bright smile and couldn’t wait to start school. Three-year-old Hayan’s energy could barely be contained as he demonstrated his karate moves. Yahya was born just a month ago and he slept in peaceful newborn bliss on his mother's lap throughout our visit. My heart ached for my son as Um Jihan kissed his cheeks. 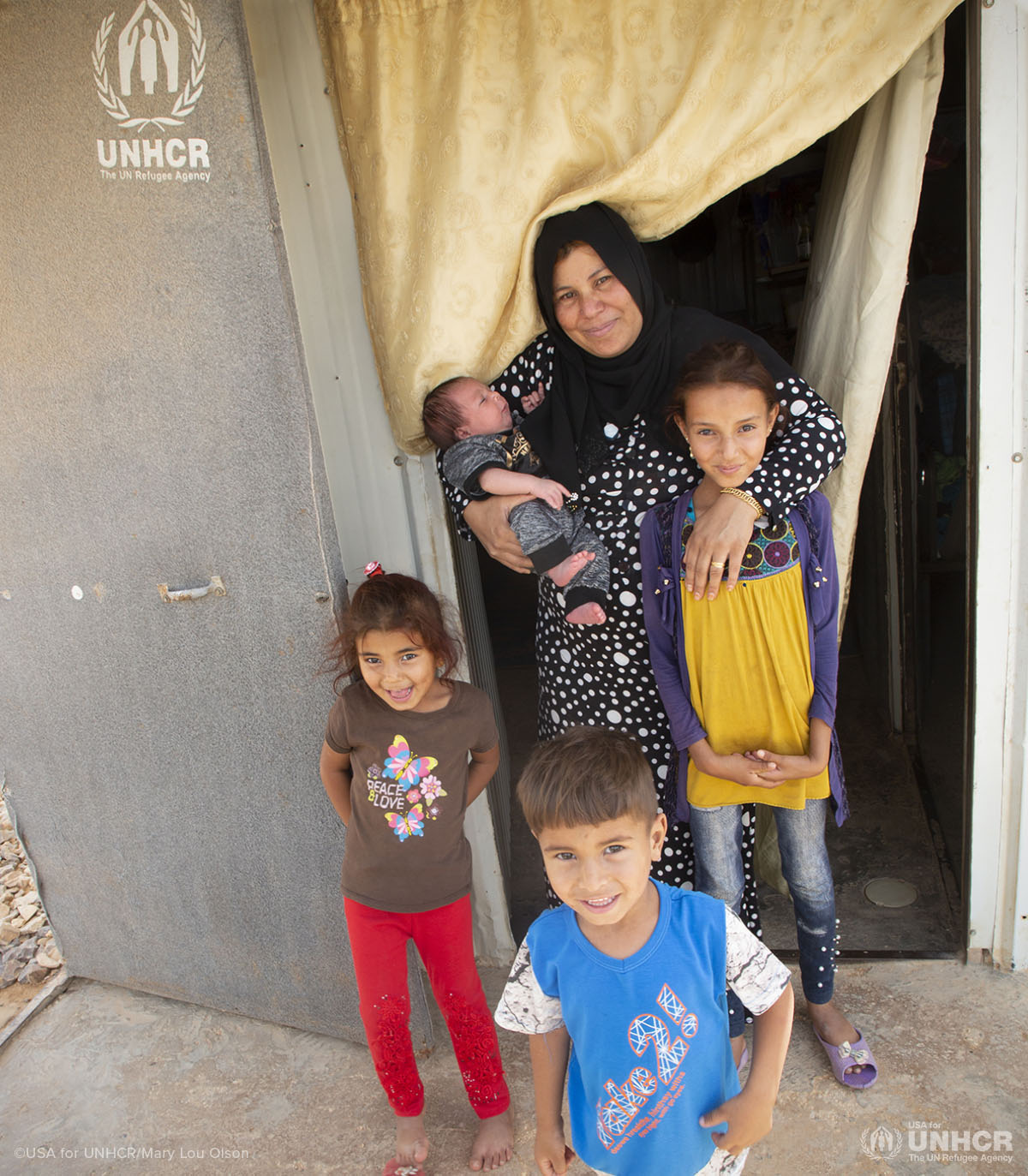 They invited us into their home with welcoming smiles. Eid proudly showed us his small garden of mint, corn, tomatoes and watermelon, an oasis of green in the middle of the desert. Hearing how he treated the soil to remove salt and learned how to grow plants that allow the family to save a little on food spending was our first taste of his spirit of invention and ingenuity. 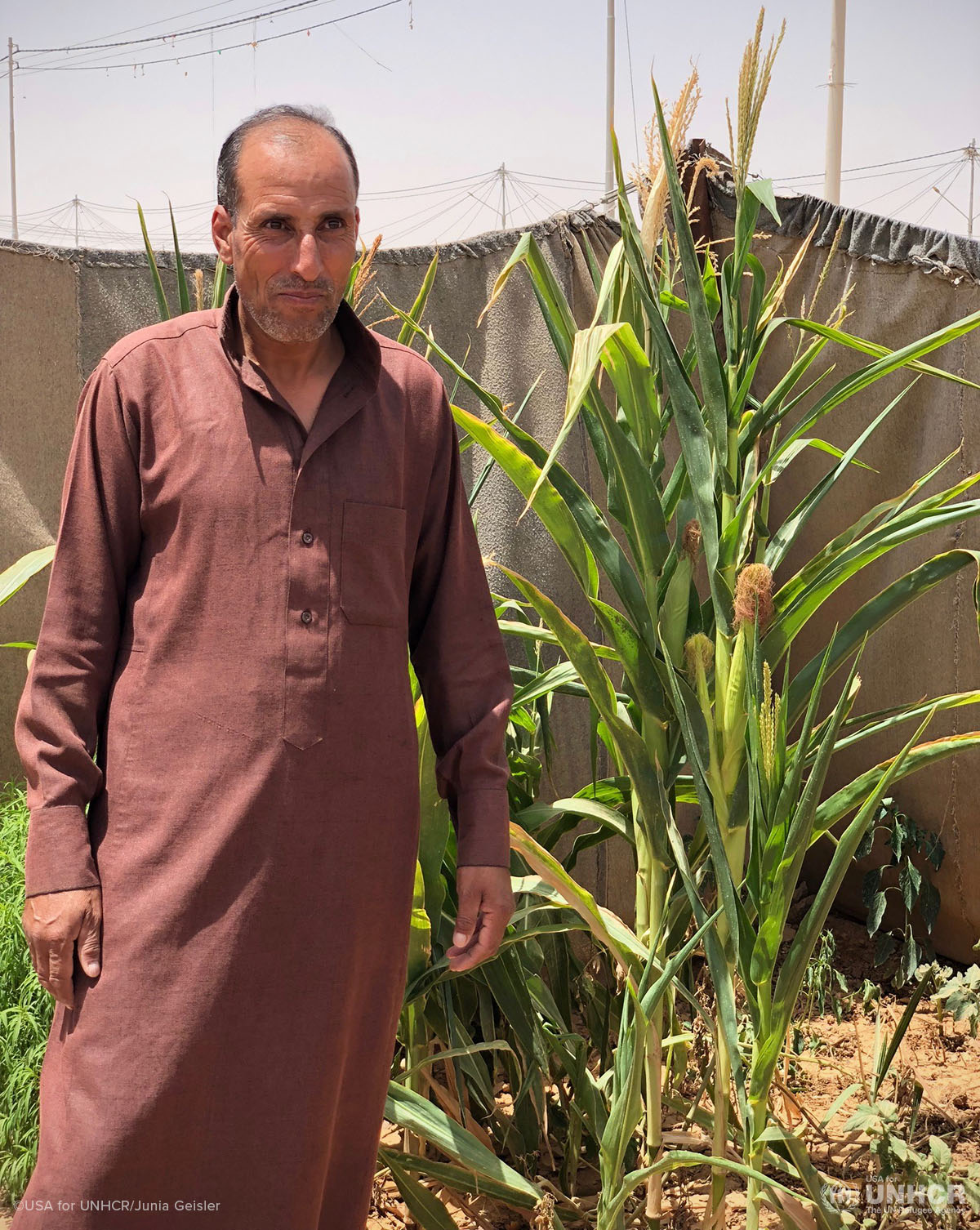 Upon entering the family’s shelter, we were greeted with the unexpected relief of air conditioning. Eid had made a unit out of recycled parts, bringing the family and its privileged Western visitors comfort in the blistering heat of the desert. The room was spotless with traditional cushioned seating on the floor around the perimeter and cheerful hand-fashioned décor adorned the walls, including a chandelier-inspired light fixture. You could almost forget that you were in an aluminum box, and that was the goal: they wanted to make it as much like their home in Syria as they possibly could so the children would have a small measure of consistency.

But this little haven belied the experience this family had been through.

Through interpretation provided by our Jordan-based UNHCR colleague we listened to the story of how they fled Palmyra, Syria in March 2016. It was an incredibly dangerous journey – they literally carried their babies on their backs on foot across the country. They only were granted access to cross the border, which was officially closed in 2016, because one of the kids has asthma.

What do they miss about Syria? Everything, I’m sure, but the routines of life came first to their minds. Eid longs for the days he spent socializing with his friends, playing chess and drinking coffee. When we asked if he hopes to return to Syria one day, he said no – he wants a safer, better life for his children. But there’s another reason. He can’t stomach the idea of returning and not having those moments of fellowship with his friends, who he would inevitably find dead, hurt or simply gone. Um Jihan broke down in tears attempting to tell us about her family still in Syria and others she doesn’t have contact with anymore.

Despite this sorrow that they carry, this family defied my assumption that the refugee families I would meet would have nothing. Eid and Um Jihan have a will to create their own happiness—and, somehow, the atrocities their people have endured haven’t dampened their optimism and hope. Their children still have a sparkle in their eyes and a desire to learn. They want what many of us in the United States take for granted: a home, education, the ability to provide for those they love and the freedom to dream for the future.

It was impossible to be in that shelter and not think about their future. As I climbed into the staff van to drive back to Amman, and later boarded my flight home to see my husband and son, I couldn’t shake the question: Where, and when, will they find a lasting home?

Please become a monthly donor to help refugee families like Eid and Um Jihan’s every day. Your support will provide the world’s most vulnerable people the shelter, food, clean water and medicine they need to survive and rebuild their lives.