Why do refugees make such desperate journeys?

In June 2018, Khaled Hosseini, an Afghan-born American and the author of The Kite Runner, traveled to Lebanon as a UNHCR Goodwill Ambassador. Still haunted by the image of the lifeless body of Alan Kurdi — the 3-year-old Syrian refugee boy who died at sea while fleeing to Europe in 2015 — he wanted to understand what drives families to make such desperate journeys.

Here are a few of the people Khaled met. As he says in Desperate Journeys, a film that documents his mission:

"...[W]e must never forget that behind the numbers that we see the millions of people that are displaced around the world and behind every single one of those numbers is a human story worth honoring, worth remembering."

Noura, Syrian
"I wanted us to live together or die together. I didn't care as long as we were together."

In 2012, the war in Syria forced Noura and Mohamad to escape to Lebanon. In Lebanon, they were married and now have two children, 5-year-old Ziad and 3-year-old Rawa’a. In search of a better and more dignified future for his family, Mohamad decided to make the sea crossing to Europe.

Noura did not want to split up her family: "I wanted us to live together or die together. I didn't care as long as we were together." But Mohamad told her that he could not bear anything happening to her, Ziad and Rawa'a, and so he insisted on going alone. "I can't handle seeing you die in front of my eyes," he told his wife. Having reached safety in Germany, Mohamad speaks with Noura and their children by phone as they wait for a decision on their reunification application. 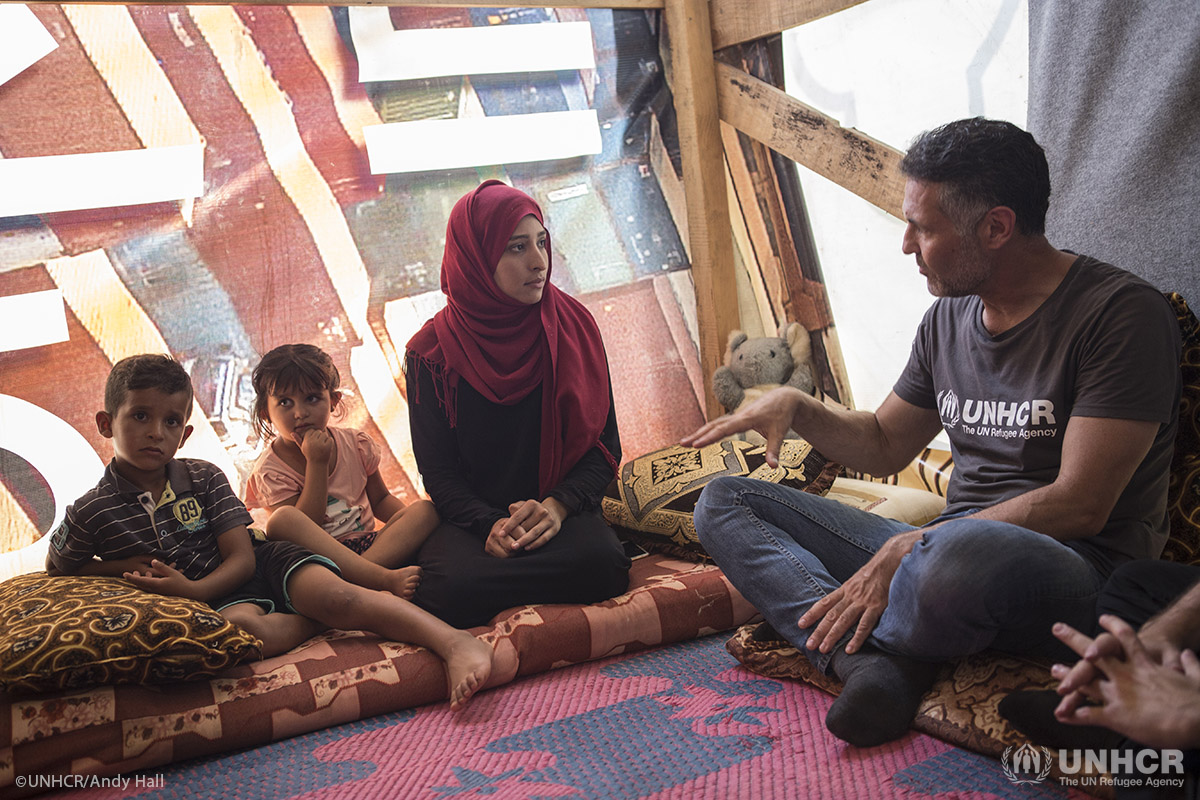 Bissan, Syrian
"Why am I a refugee? How long will I be a refugee? When can I go home?"

Bissan has lived in Lebanon since November 2011. She was pregnant when she fled Syria with her husband Muamar and their son Omran. In search of better economic opportunities, Muamar took his son Omran from Turkey to Greece. They eventually reached safety in Germany. The couple's younger son, Nouradin, who is now two years old, was born with only one kidney. Thanks to caring and generous Americans, UNHCR is providing lifesaving medical treatment.

Bissan told Khaled that she thinks every Syrian refugee asks the questions, "Why am I a refugee? How long will I be a refugee? When can I go home?" She suspects that most, like her, long to go home. 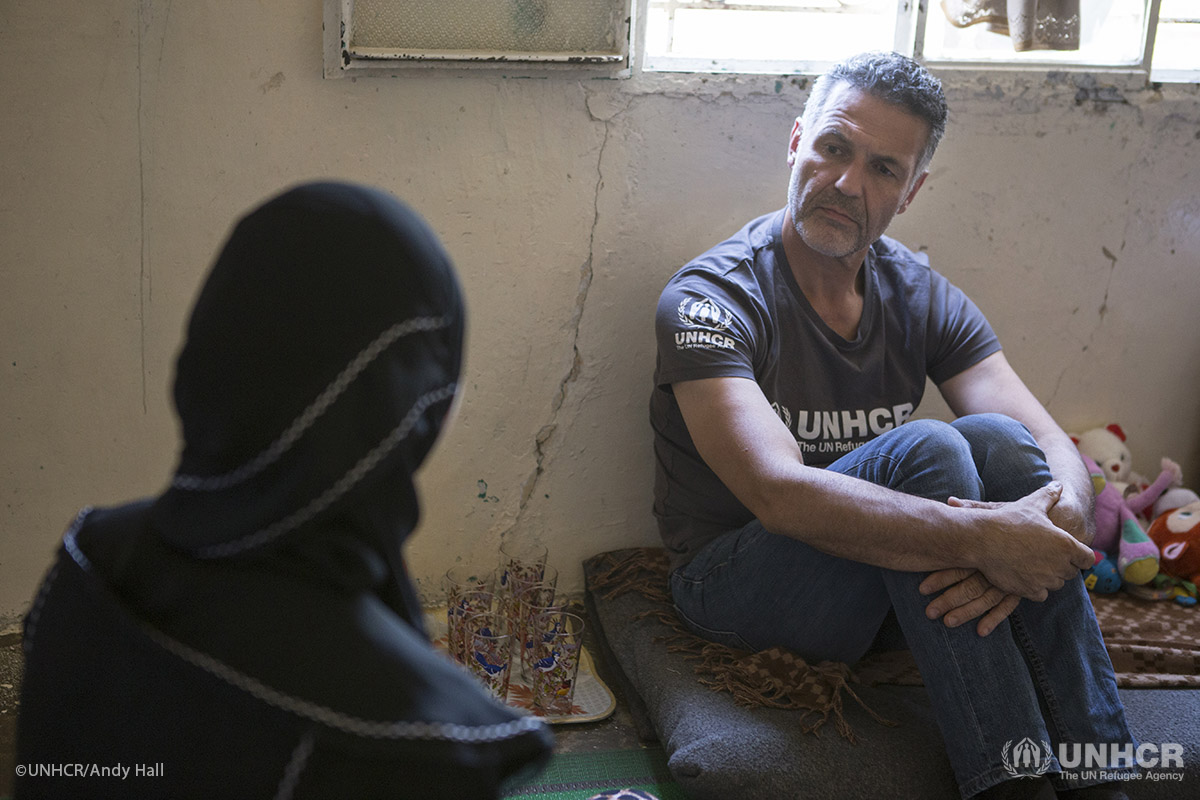 Eighteen-year-old Ibrahim was 15 when he fled persecution in Liberia. He journeyed through Senegal, Burkina Faso and Niger before reaching Libya, where he worked in a supermarket. Ibrahim was kidnapped by Libyan militia forces, tortured and shot in the leg while escaping. Miraculously, friends secured his passage on a boat to Europe.

Once he crossed the Mediterranean Sea, Ibrahim began to believe the worse was behind him: "And I had in that moment, I had a little bit of hope," he told Khaled. Eventually reaching Italy, where UNHCR provided access to medical care for his gunshot wound, he asked for an English-Italian dictionary while recuperating in the hospital. He knew that to rebuild his life, he had to learn the language of his new country. Six months later, he was fluent. Today, Ibrahim works in a museum and as a receptionist and a translator at a hotel. He hopes to continue his education and become a doctor. 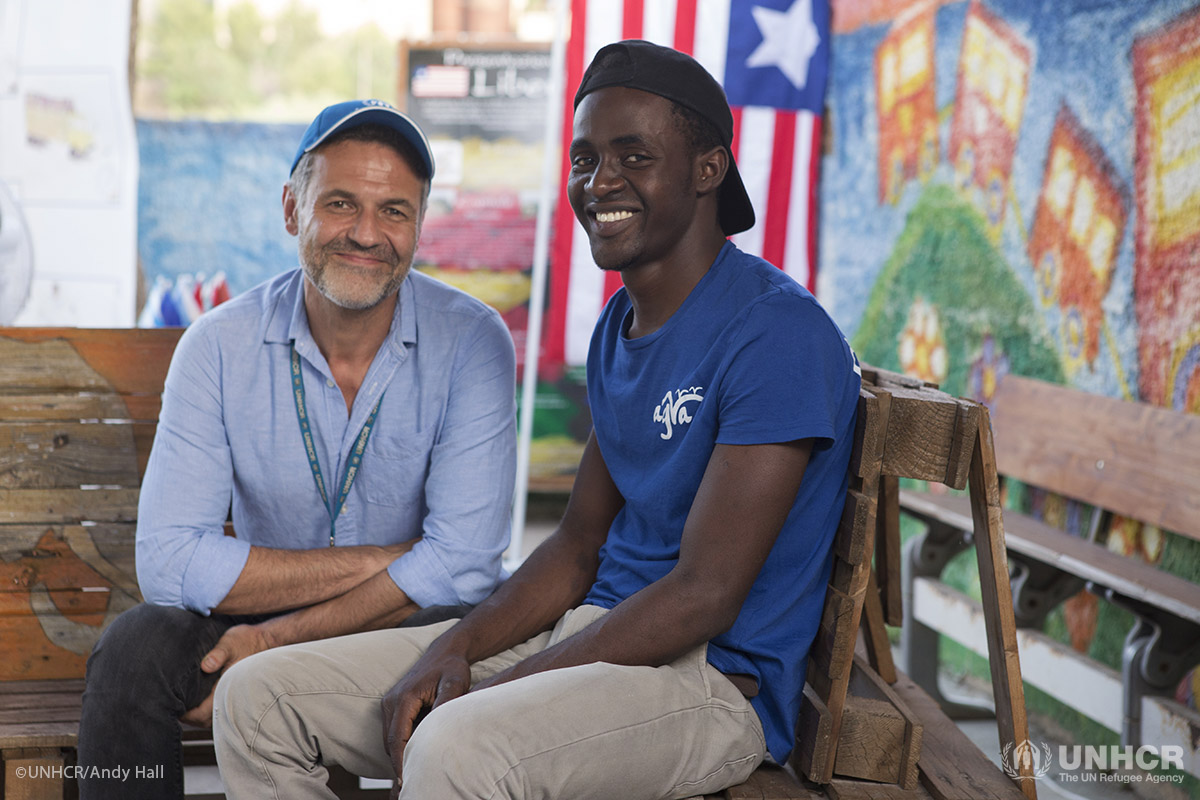 Everywhere he traveled, Khaled saw the generosity of caring Americans in action. The refugees he visited had faced the most difficult times of their lives, but they were safe and had access to food, clean water, healthcare and education. Just as important, they had hope for a brighter future.

Thank you for learning about Noura, Bissan and Ibrahim. They are among the millions of women, men and children who have been driven by persecution, war and violence to make desperate journeys in search of safety. They need you and the best way to help is by making a gift today. Your support will help deliver the safety, shelter, food and healthcare refugees need to survive.