With refugee girls in Houston, Liza Koshy hears of survival, perseverance– and gratitude

The laughter around the Thanksgiving table was bubbly and light. But the young women turned quiet when they spoke about how they became refugees, who they left behind and how the people of Houston, Texas are now helping them rebuild their lives in safety and dignity. 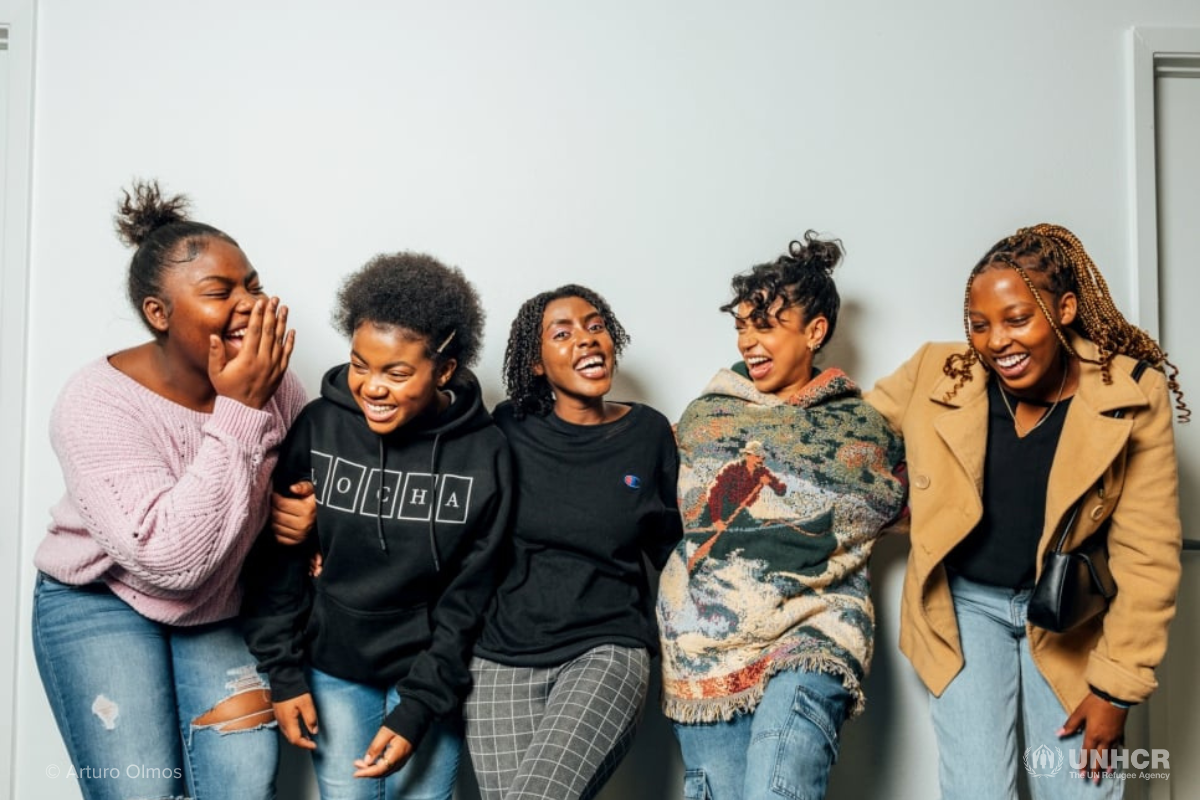 “Leaving the people you love, and your life in Africa … it’s hard,” says 19-year-old Raissa, who was forced to flee unspeakable violence that swept over the small village in the Democratic Republic of the Congo where she lived with her family.

Raissa was 11 years old when she and her brother ran for their lives, leaving their parents behind and eventually making their way to safety in Kenya. After undergoing a meticulous U.S. government vetting process, eight years later they were resettled in Houston in 2018.

As Raissa talks, the pain in describing what she has survived and who she left behind gives way to optimistic anticipation of the new life ahead of her and a deep, quiet gratitude to the Houston community that welcomed her and is supporting her in making a new start.

“Refugees are human beings with stories to tell, with traditions to share, and talents to contribute to society,” says Liza Koshy – actor, producer, and high-profile supporter of UNHCR, the UN Refugee Agency.

Meeting with Raissa and other resettled young refugee women in her hometown of Houston, Liza praised their courage and applauded PAIR Houston, a local non-profit that supports young refugees, for their work helping young refugees get back on their feet and eventually give back.

“For them to feel like Houston is home is a testament to the community, to PAIR Houston, to all the people who made this city home for them,” said Liza. 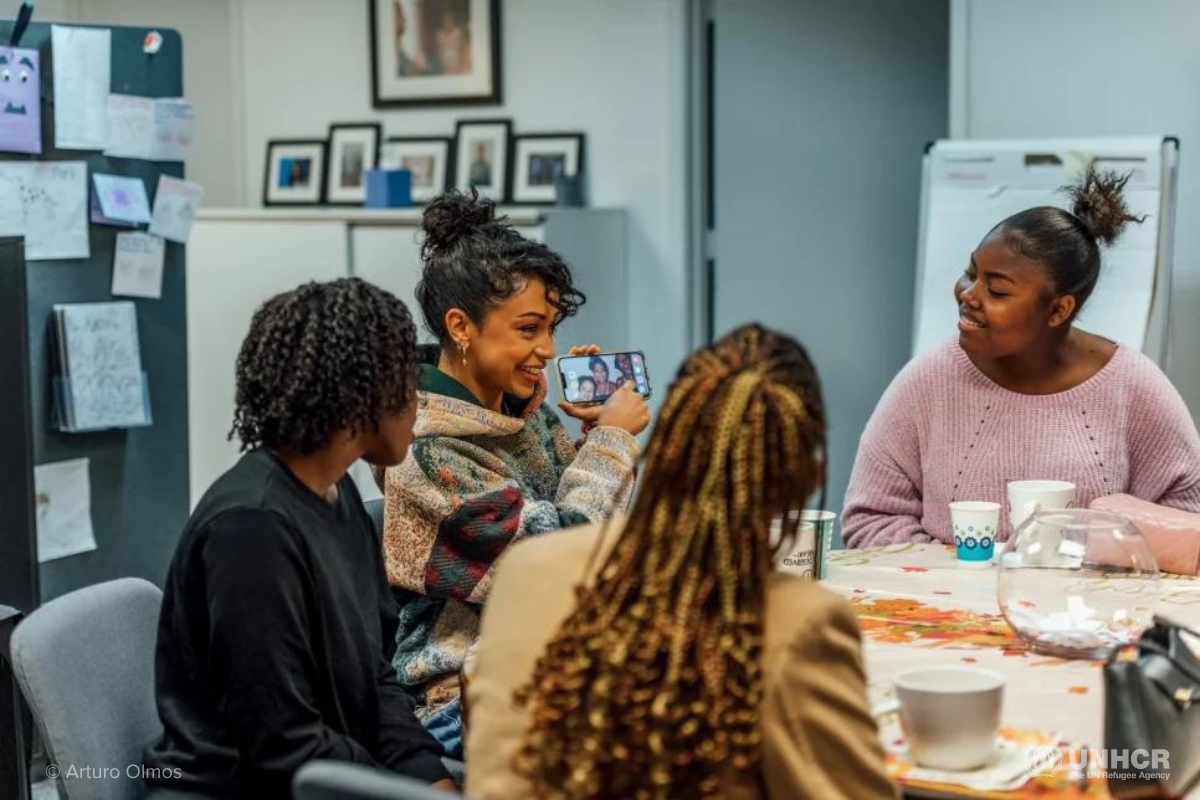 Raisa, along with Beatrice, Ungwa, and Angel- all refugees from the Democratic Republic of the Congo- described their excitement for the future and their focus on working hard to turn the opportunity they have been given into a happy, productive life that reflects well on all involved.

“It doesn’t matter where you came from,” Angel says, describing her approach to making a new start in Texas.

“Your life will be changed if you focus on school. That will be the first thing to help anyone in life. Be a learner, focus on our classes,” Angel says, a sentiment echoed by the other young women.

All spoke of their determination to prevail over the trauma of their pasts and set their sights on the bright future ahead of them. They told Liza of their dreams of becoming nurses, physical therapists, cosmetologists, and more – and all spoke of wanting to give back to Houston when they can.

PAIR Houston Executive Director Elena Korbut acknowledged that supporting young refugees who want to pursue their studies is central to the organization’s mission and to helping refugees achieve their own goals of being able to contribute to the communities that helped them.

“Seeing our students overcome obstacles with the support and guidance of our staff and volunteers, gain confidence and see their pure joy and excitement about new possibilities and the future is one of my favorite and most rewarding experiences at PAIR,” Elena said.

At the end of the daylong meeting filled with joyous conversation and vivacious laughter, the girls filmed Tik Tok dances and shared traditional dances of their home countries and cultures with Liza, a professionally trained dancer. 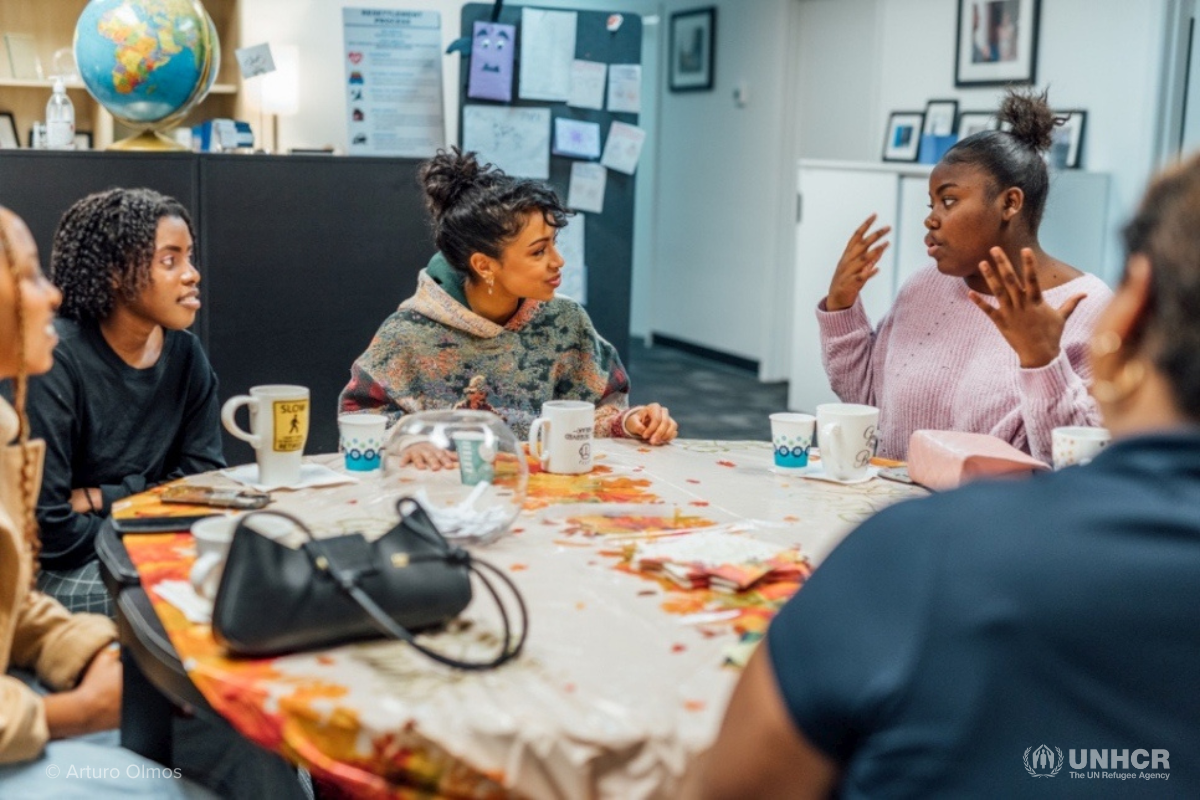 “Their backgrounds are so different than mine, but they made me feel so at home in their culture,” Liza said. “We are all humans trying to know one another. Sharing a space, sharing a meal, sharing dances, that’s what this is all about.”