World Day for Cultural Diversity for Dialogue and Development: How refugees enrich their communities with their cultures and traditions

When refugees flee, they often leave everything behind — their homes, family members and even prized possessions. Despite this, refugees continue to preserve their customs and traditions, each serving as a sweet reminder of home on their long journeys to safety.

Cultural diversity is an anchor in community development and plays an important role for refugees in their new communities. Diversity creates economic opportunities for refugees, fosters dialogue, enriches communities and provides refugees a sense of identity.

According to the United Nations, about three-quarters of the world's major conflicts have a “cultural dimension,” and bridging the cultural gap is critical in ensuring peace, stability and development for all communities — this is particularly crucial for refugees integrating into new environments. On World Day for Cultural Diversity for Dialogue and Development, we want to highlight four refugees who have discovered livelihood opportunities and have enriched their communities through their culture and traditions. 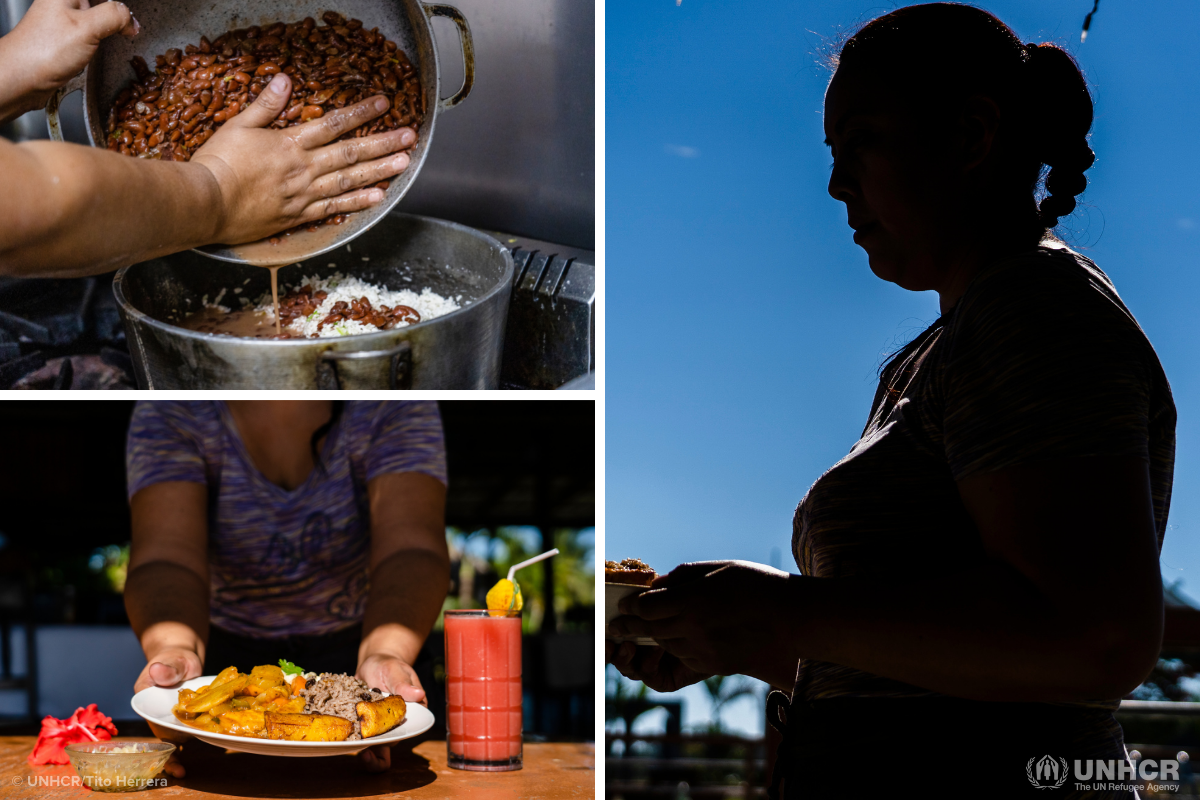 Natasha, a refugee from El Salvador, proves the importance of embracing the culture of her new community while celebrating her cultural identity.

She and her daughter found refuge in Belize after fleeing gang violence in El Salvador. For as long as she can remember, Natasha has always had a passion for cooking, but she never thought she would have to rely on it as a means of living.

In Belize, Natasha made friends who taught her new Belizean recipes, inspiring her to cook traditional local dishes and experiment with new recipes and cooking techniques.

"I have been fortunate to have found many friends here who have taught me Belizean recipes," says Natasha, who now sells local dishes with a Salvadoran twist, including the famous Belizean rice and beans.

"Back home, we stew vegetables along with our meats, which is something that is not common in Belize, and I add achiote to give it a twist," she says.

Though Natasha is miles away from home, she brings a taste of home into every dish she prepares. 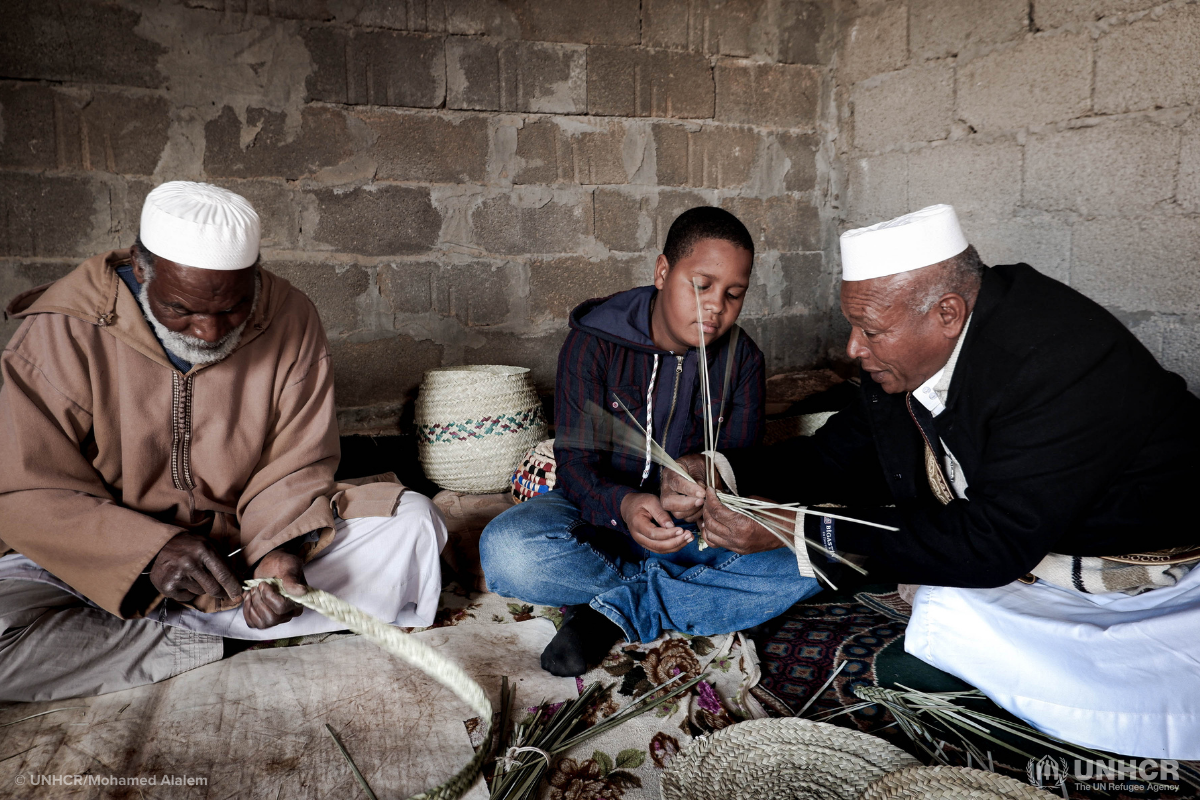 For more than a decade, tens of thousands of people from Tawergha, Libya, were forcibly displaced from their homes in the eastern part of the country — many of whom now live in makeshift settlements in Tripoli and Benghazi.

Tawergha, which means "the green island" in the Berber language, was once known for its palm trees and date production. Even in displacement, while many families rely on help from UNHCR and other agencies, Tawerghan elders, like Ahmed and Meftah, are determined to keep their connection to their culture alive — which also helps them earn a vital income.

The elders train young children in their settlements in the traditional craft of weaving palm leaves to make house ornaments or baskets, which are traditionally used to carry bread and food. 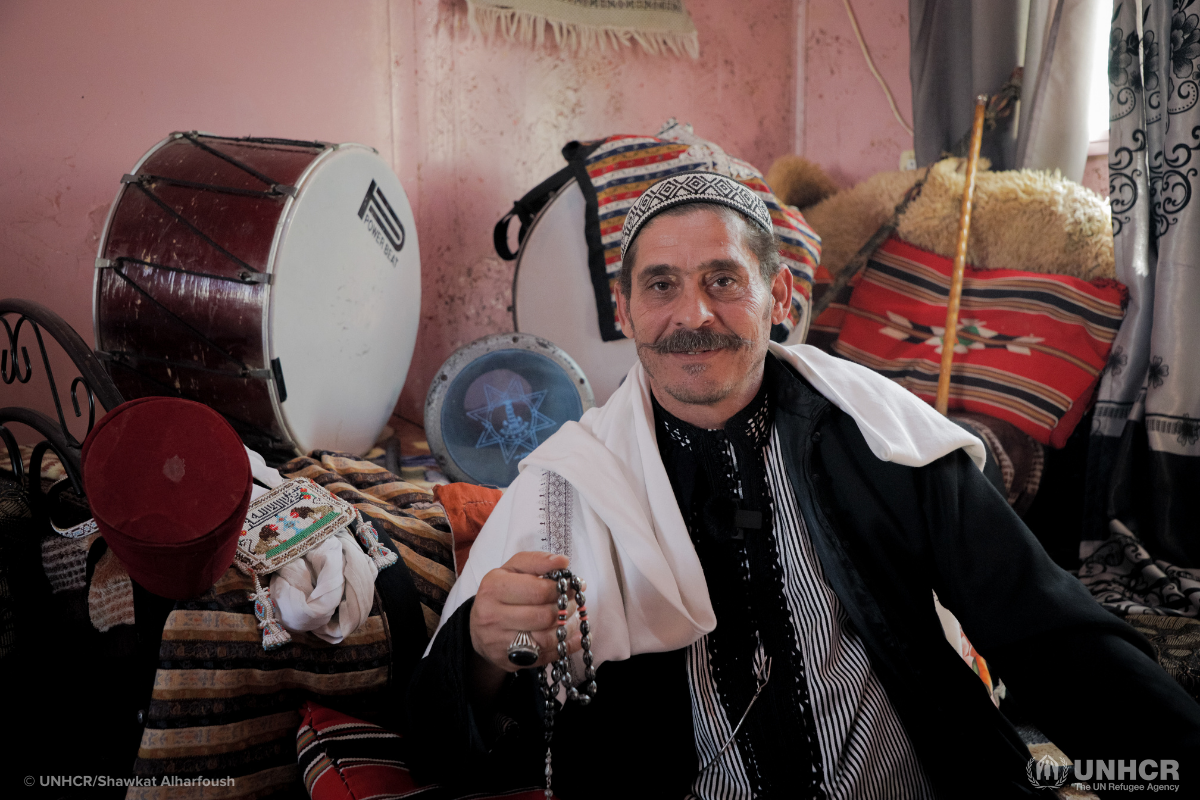 Abu, a Syrian refugee, shows that music can be a universal language that brings us together. The power of traditional Syrian melodies enables Abu to integrate into his new community, where he now uses his talent to reach out to his neighbors.

In 2015, Abu and his family found refuge in the Za'atari camp in Jordan after fleeing conflict in Syria. Before violence forced his family to be uprooted from their home, Abu had his own Arada band and decided to continue playing as a way to share traditional Syrian music with his new community in the camp.

"Despite the challenges I've been through, I continued because I want to preserve the Syrian heritage for generations," explains Abu.

In 2016, Abu started a new Arada band, comprising nine members including him and his two children. He works inside and outside the camp, often performing at weddings for the refugee and local Jordanian communities. 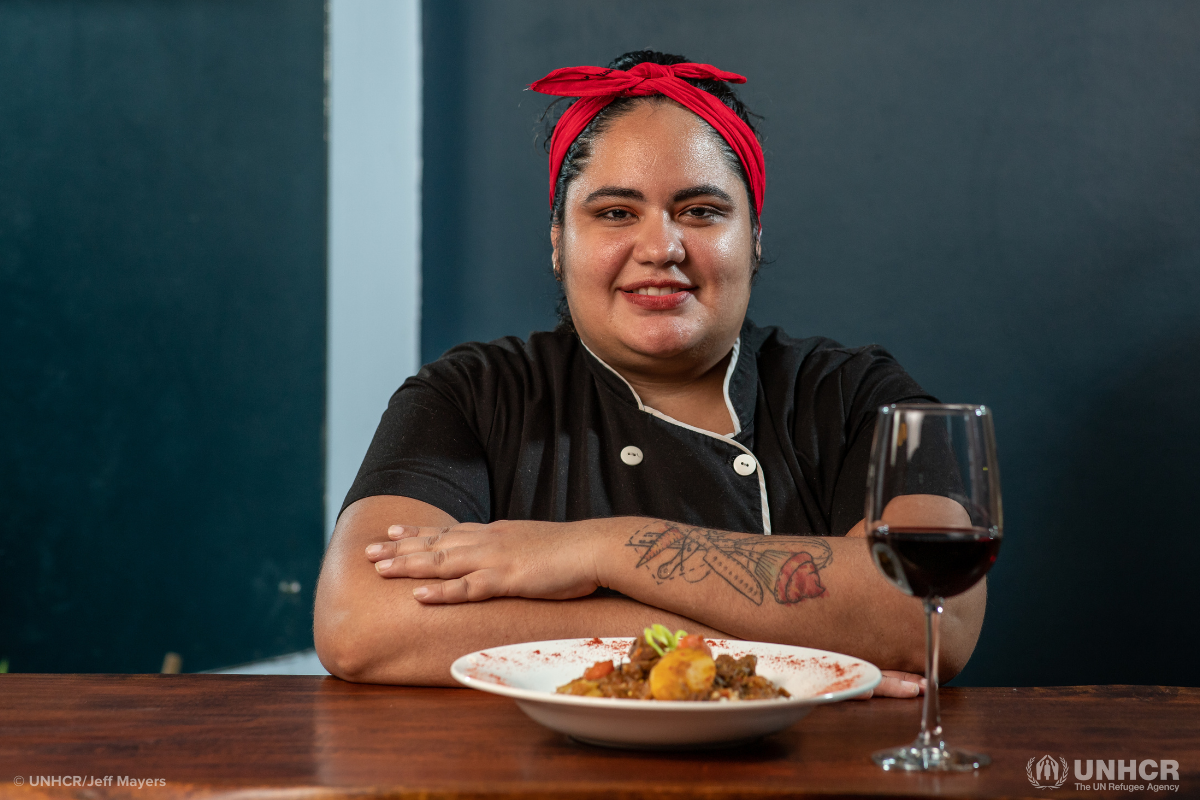 Chef Kena retains vivid childhood memories from the kitchen, where she started making beef empanadas for her younger brother while her mother was working. Since then, she has fostered a passion for cooking.

Kena fled Venezuela in 2016 due to the political and economic unrest that was taking place in her country, and after receiving multiple threats. When she arrived in Trinidad, it wasn't easy initially, but her determination enabled her to start a business, a bakery and catering service specializing in global fusion cuisine.

One dish that most reminds her of her family is talkari de chivo, a Venezuelan goat curry.

"This recipe highlights a mix of cultures. Although it is a traditional Venezuelan dish, it has Indian origins, and you can still get a good taste of Trinidad flavors," Kena explains.

Refugees like Kena have always been vital in creating a rich and diverse society. They are cornerstones of our communities and enrich them through their experiences, cultures and skills.

You can help create safe spaces for refugees to feel protected and welcomed, empowering  them to rebuild their lives in their new communities. By becoming USA for UNHCR’s newest monthly donor, you'll help offer them hope, a better tomorrow and an opportunity to continue to enrich our communities with their skills and cultures.