World Water Day Quiz: How much do you know about water and refugees?

Access to safe water is a basic human right. And for refugees, it is fundamental for their survival, health, safety and dignity.

Millions of refugees live in densely populated areas with limited access to clean water. In these conditions, practicing proper sanitation and hygiene is a constant challenge. Without clean water, refugees are at an increased risk of diseases - such as COVID-19 - that can rapidly spread among households and communities.

Limited accessible water sources also expose vulnerable refugee groups -such as women and children who are often charged with collecting water - to harassment and sexual and gender-based violence (SGBV). Long walking distances and excessive time waiting at water points also threaten the ability of children to stay in school or for women to learn new skills -- all of which are key for rebuilding their lives. 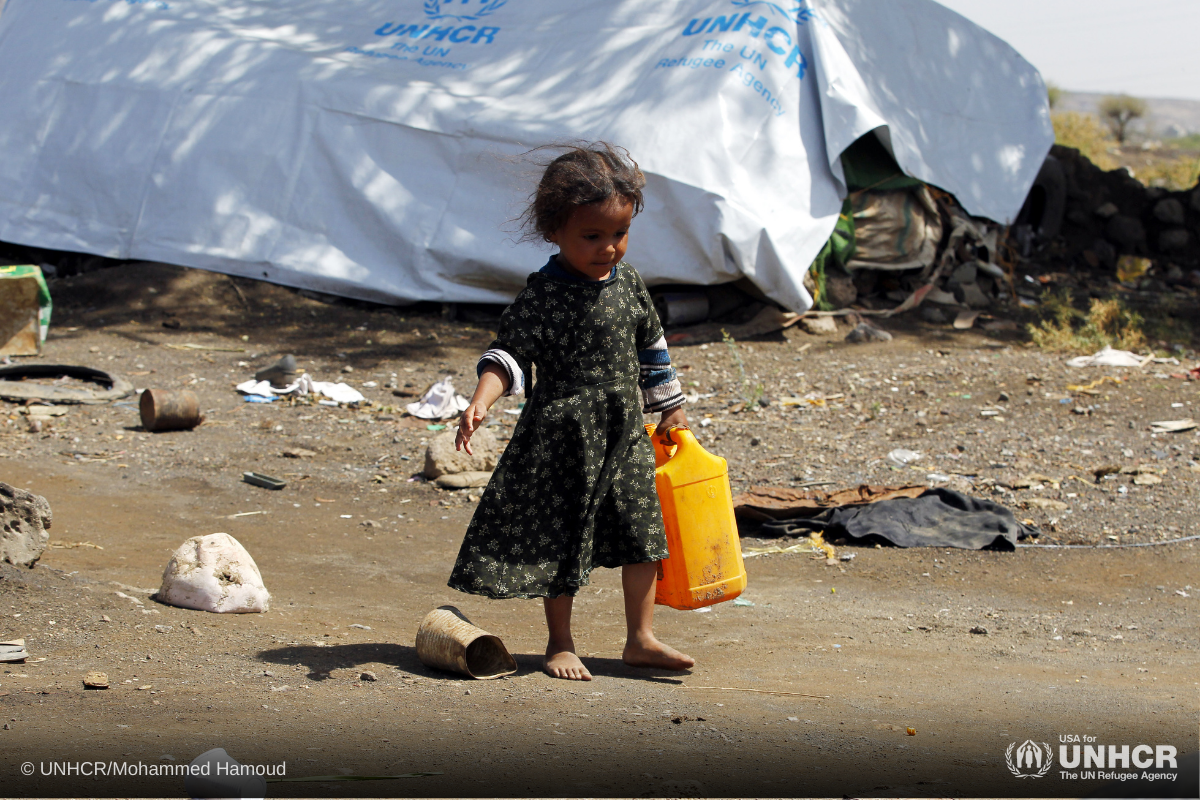 On International Water Day, here’s a short quiz to test your knowledge of water issues and learn a bit more about this often overlooked but irreplaceable resource.

1. There are roughly 7.8 billion people in the world today. How many people do not have access to clean water? 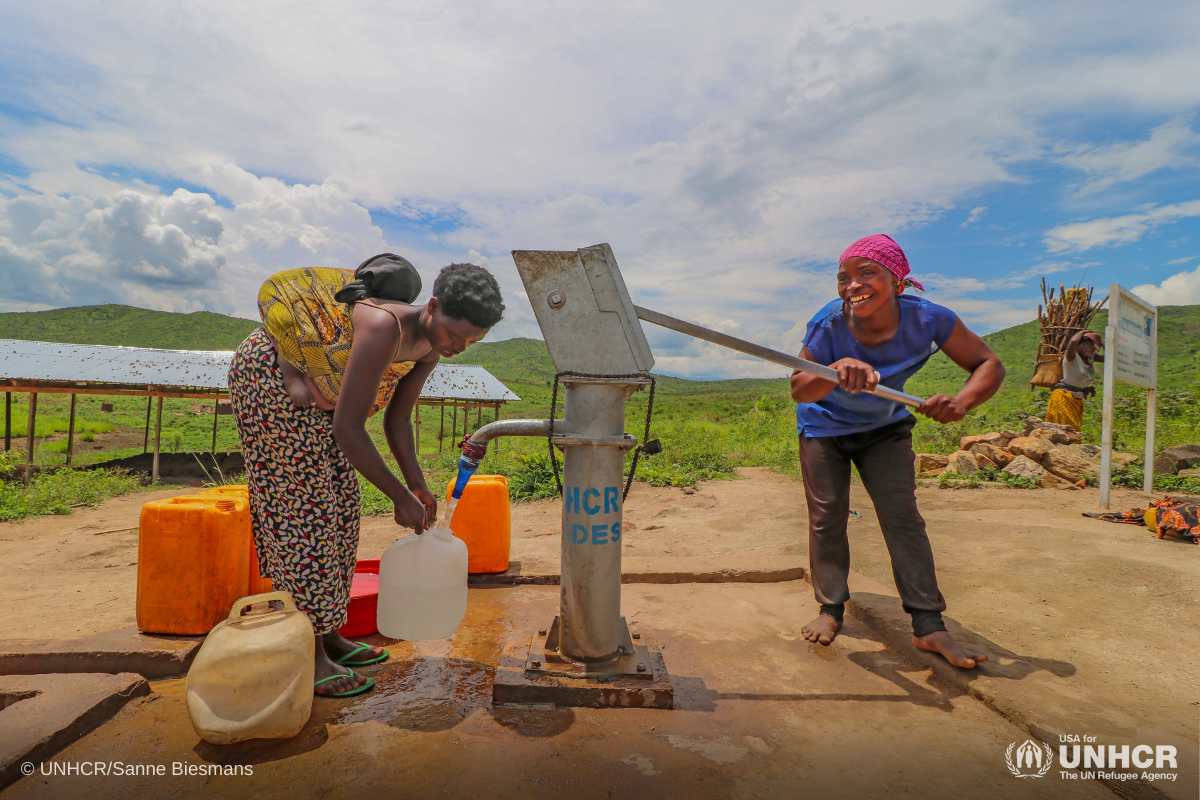 2. How much water does the average American family consume per day at home? 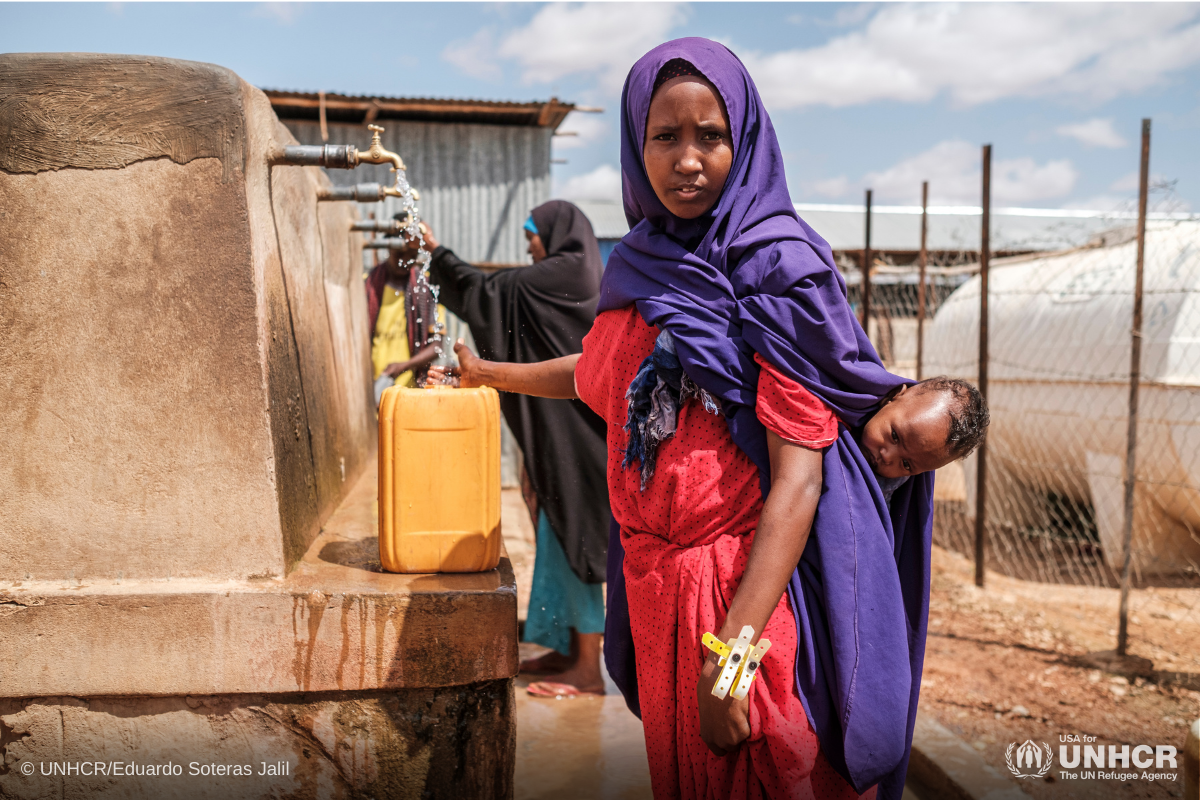 3. In an emergency context, what’s the minimum amount of safe drinking water consumption per person per day? 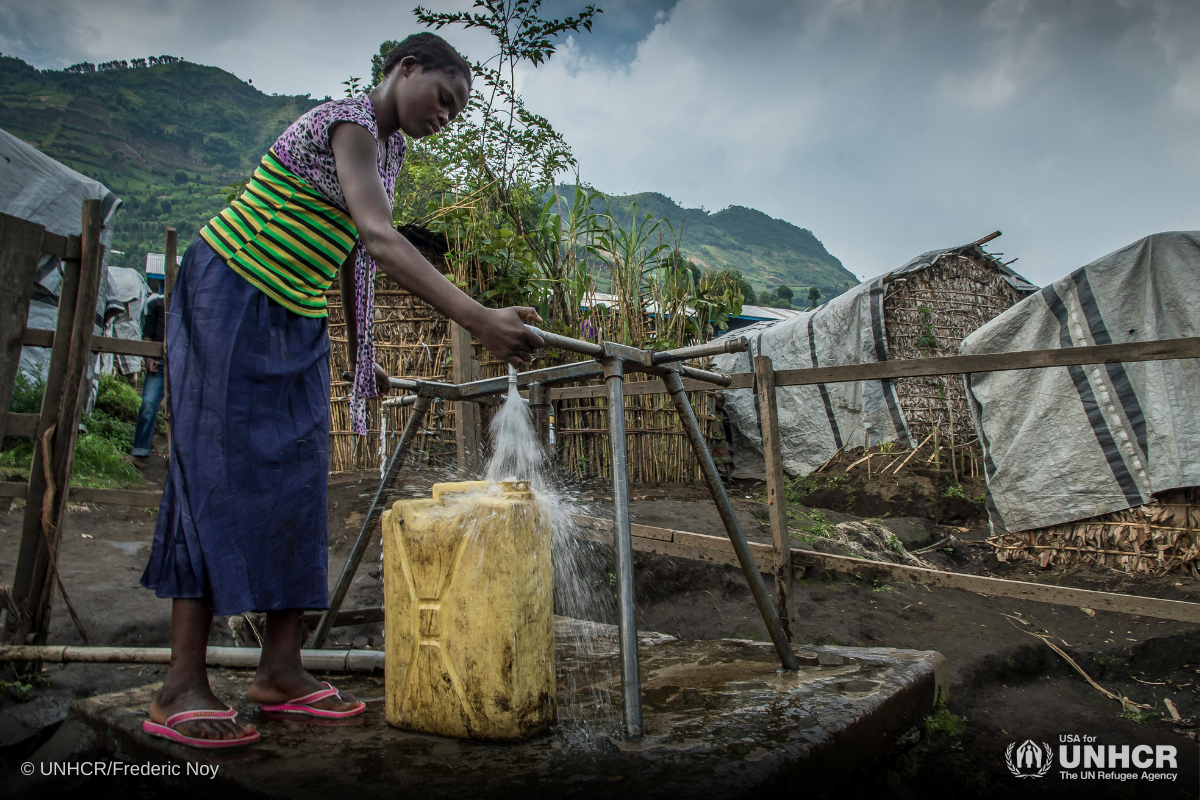 4. What percentage of schools around the world lack handwashing facilities with water and soap? 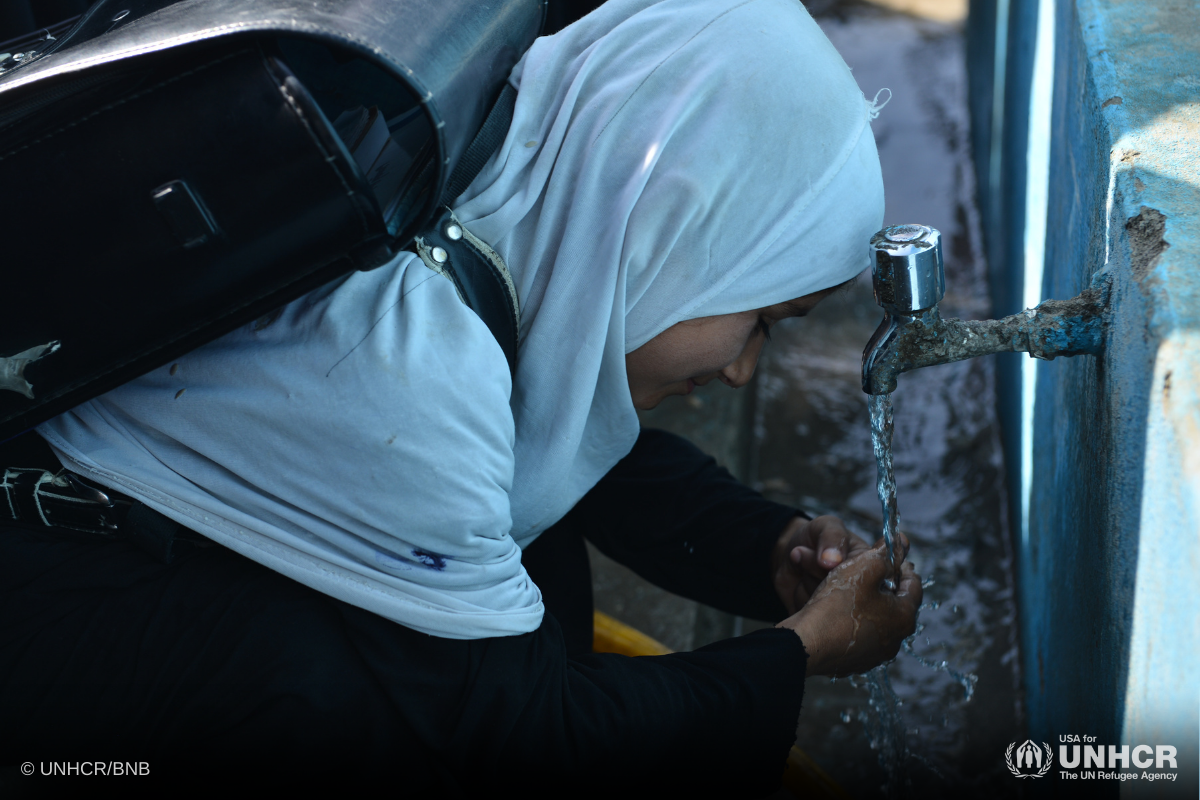 5. Which of these diseases are transmitted through contaminated water?

A. Cholera
B. Dengue
C. Malaria
D. All of the above 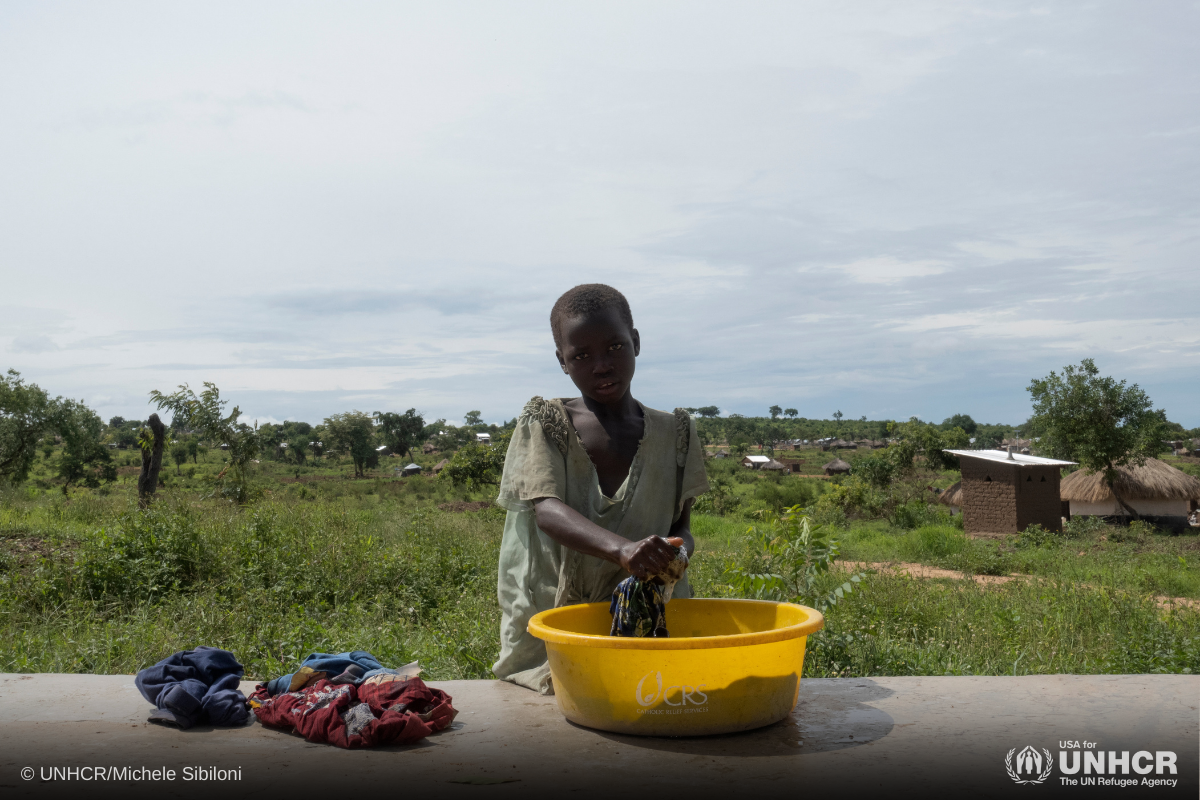 6. What percentage of Yemen’s population do not have access to a basic hand washing facility? 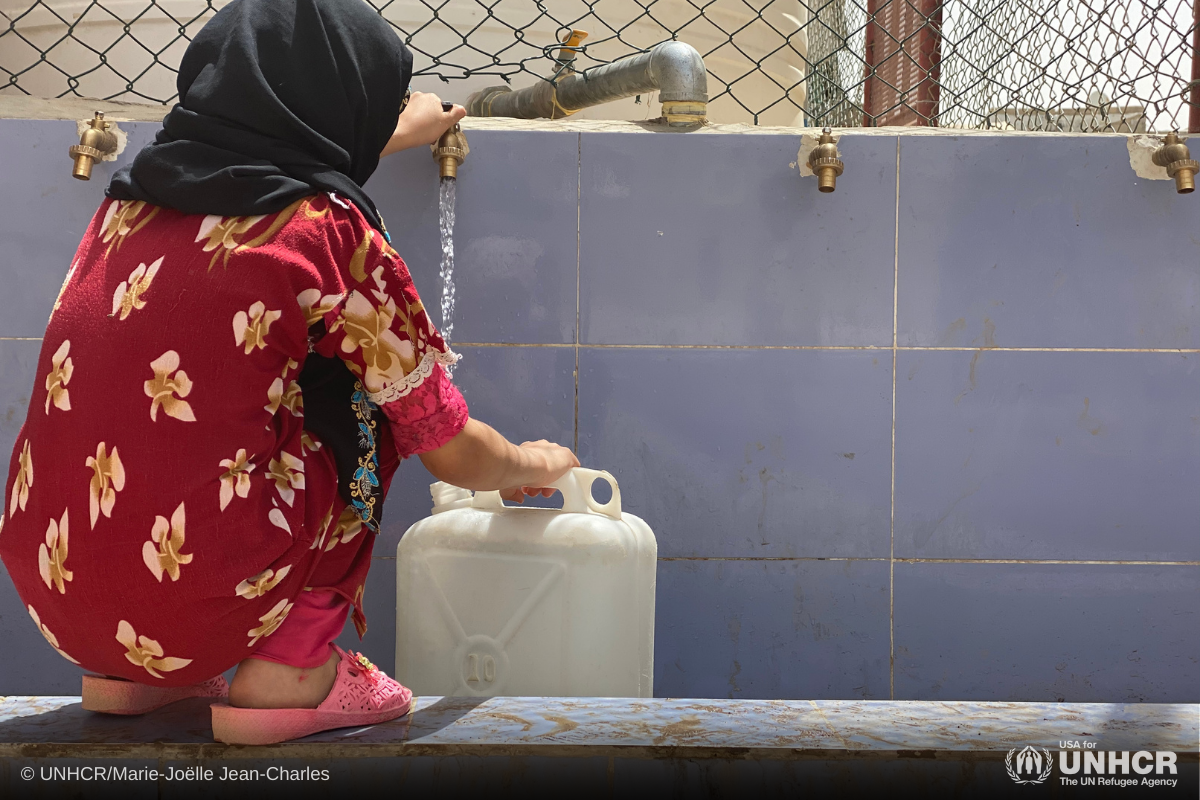 2) B - American families use on average approximately 300 gallons of water per day at home and 70 percent is used indoors, according to the United States Environmental Protection Agency.

4) C- As of March 2020, 47 percent of schools worldwide lacked a handwashing facility with water and soap - affecting approximately 900 million school-age children – and at least one-third of schools did not have available spaces for children to wash their hands at all.

5) D- All of the diseases mentioned and many others - such as dysentery, typhoid, and polio - are transmitted through contaminated water. Both malaria and dengue fever are carried by mosquitoes, which lay their larvae in still water.

6) B- More than half of Yemen’s population (55 percent) do not have access to safe and clean water and nearly half of it (45 percent) cannot afford to buy soap.

By becoming a USA for UNHCR monthly donor, you can help ensure refugee families have the resources they need to survive and thrive. Every dollar helps UNHCR get a drop closer to meeting the needs of all displaced people.