Yemen on the Brink of Famine

More than 15 million people, or 53 percent of Yemen's population, are on the brink of starvation as access to food diminishes every day across the country. 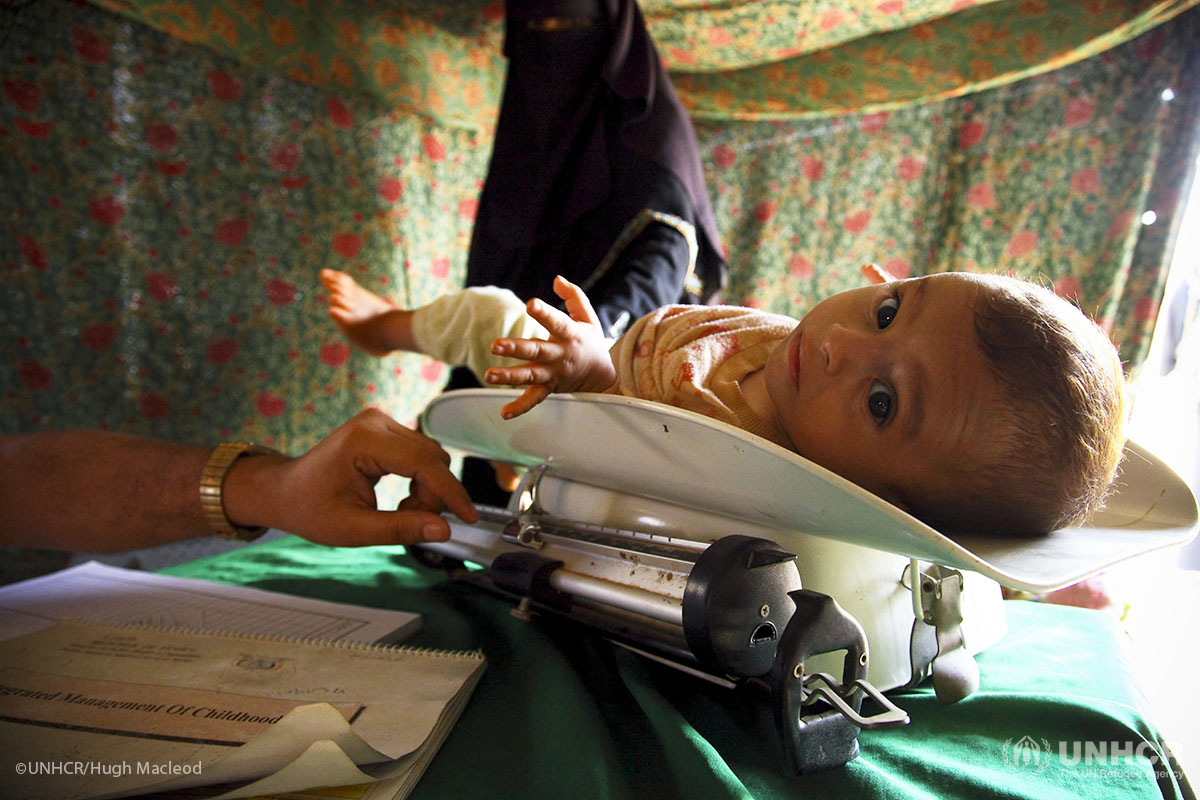 Children like Ali (above) are dying of hunger in Yemen. 8-months old, Ali is severely malnourished. He only weighs 12 pounds — 7 pounds less than a healthy baby his age.

"People are eating leaves because they have no other form of sustenance. . . emaciated children [are] so malnourished they could barely open their eyes," says Mark Lowcock, United Nations Under-Secretary-General for Humanitarian Affairs and Emergency Relief Coordinator.

People including sick children and other vulnerable populations also face a lack of clean water. Collapsing health, water and sanitation systems in Yemen have led to outbreaks of diarrhea and other preventable diseases, taxing an already crumbling infrastructure.

According to a report from the Integrated Food Security Phase Classification, a partner of UNICEF and the UN World Food Programme, armed conflict and poverty are the drivers of the severe food shortages, as the population cannot access quality food.

A civil war in Yemen has forced approximately 3 million people to flee their homes in the past four years. The United Nations calls Yemen "the world's worst humanitarian crisis."

UNHCR is on the ground to provide lifesaving supplies and cash assistance to displaced Yemenis and other refugees around the world, so that they can cover their most basic needs, including food. Your help is urgently needed to do more.