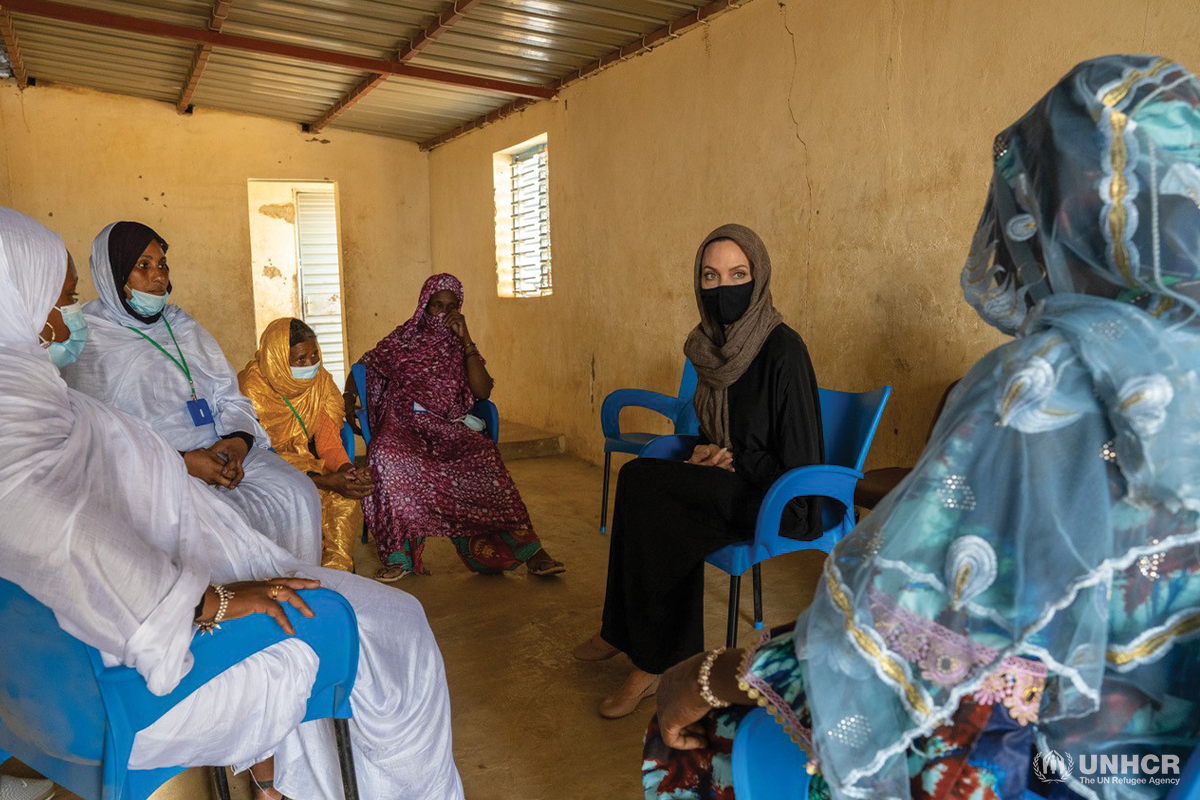 The Special Envoy for UNHCR, the UN Refugee Agency, Angelina Jolie is in Burkina Faso for World Refugee Day to bring attention to the fastest growing emergency in the world today. Displacement doubled in the last year alone.

Burkina Faso is acutely affected by the current displacement crisis in the Sahel region of West and Central Africa. More than 1.2 million people have been forced to flee their homes since 2019. Just two weeks ago, 138 people from one village were executed when gunmen raided their village, Solhaln, in the middle of the night. It was the deadliest attack in the country in more than six years. Funding for UNHCR’s response in Burkina Faso remains critically low, with only 22 per cent of the funding required being met.

Speaking from the camp, the Special Envoy paid tribute to the strength and resilience of refugees. She warned of the stark implications of the ninth consecutive year in which the numbers of displaced people globally have risen. In her twenty years with the UN Refugee Agency, she said, she had “never been as worried” about the state of human displacement.

“We have to wake up to the track we are on globally”, the Special Envoy said, “with so many conflicts raging and the very real possibility that climate change will force tens if not hundreds of millions of people to have to leave their homes in the future, with no possibility of return.”

“The way the international community tries to address conflict and insecurity is broken”, the Special Envoy stated. “It is erratic, it is unequal, it is built on inherited privilege, it is subject to the whim of political leaders, and it is geared towards the interests of powerful countries.”

She called for the international community to focus on finding solutions to reduce refugee numbers globally, saying: “The truth is we are not doing half of what we could and should do to find solutions to enable refugees to return home - or to support host countries, like Burkina Faso.”