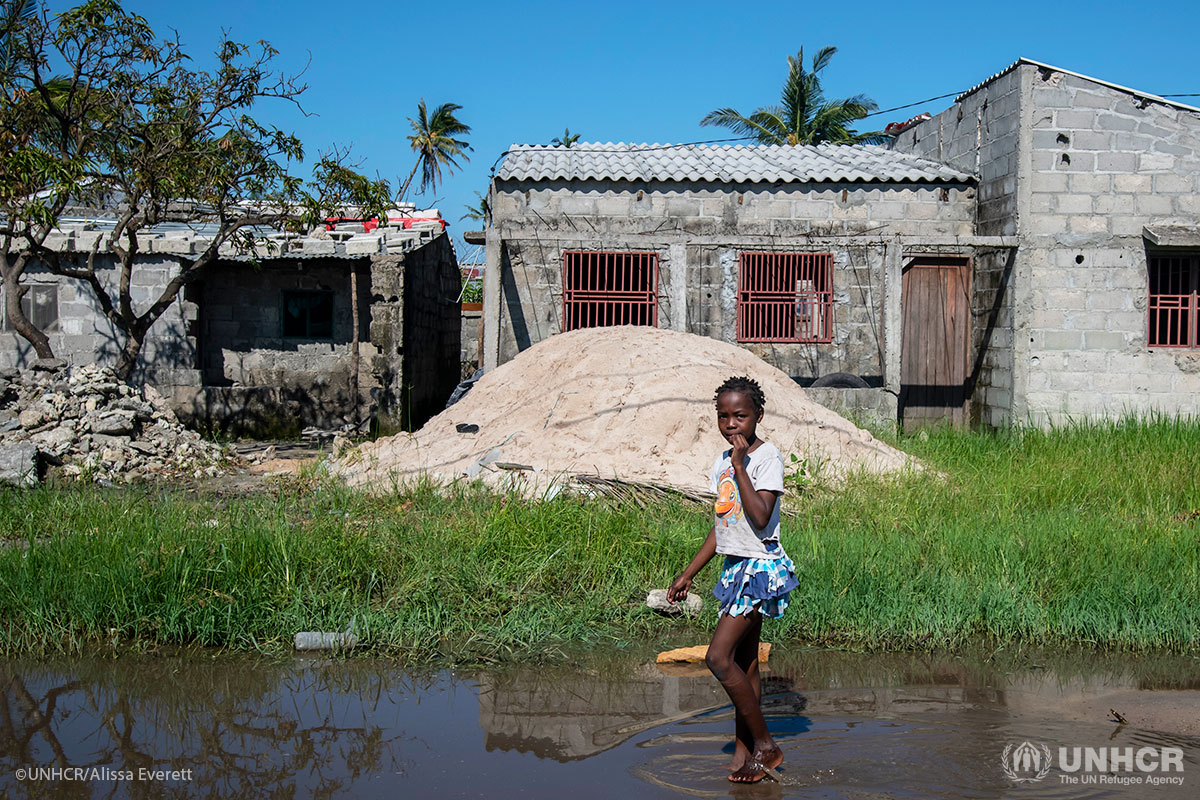 USA for UNHCR donors have never turned their backs on children, women and men who have been forced to flee their homes. And the survivors of Cyclones Idai and Kenneth are no exception.

When these massive storms hit southern Africa in March and April, caring Americans answered the call. In the immediate aftermath, they helped send airlifts carrying thousands of tents, mosquito nets, solar lamps and other vital aid. Since then, their generosity has made it possible for UNHCR, the UN Refugee Agency, to relocate hundreds of affected families — and provide them with land, temporary shelters, kits to build new houses and seeds for farming.

Behind those facts and figures are the faces — people who lost everything and are fighting to rebuild their lives. Their stories convey the difference that USA for UNHCR donors make better than any statistic ever could.

Mozambique has a long history of hosting refugees, including Kevin and Kinga, who fled conflict in the Democratic Republic of Congo. When these college students learned that storm survivors were in need, they wanted to help. “I want to help people the same way I was helped and this is a wonderful opportunity to do that,” Kevin explained. 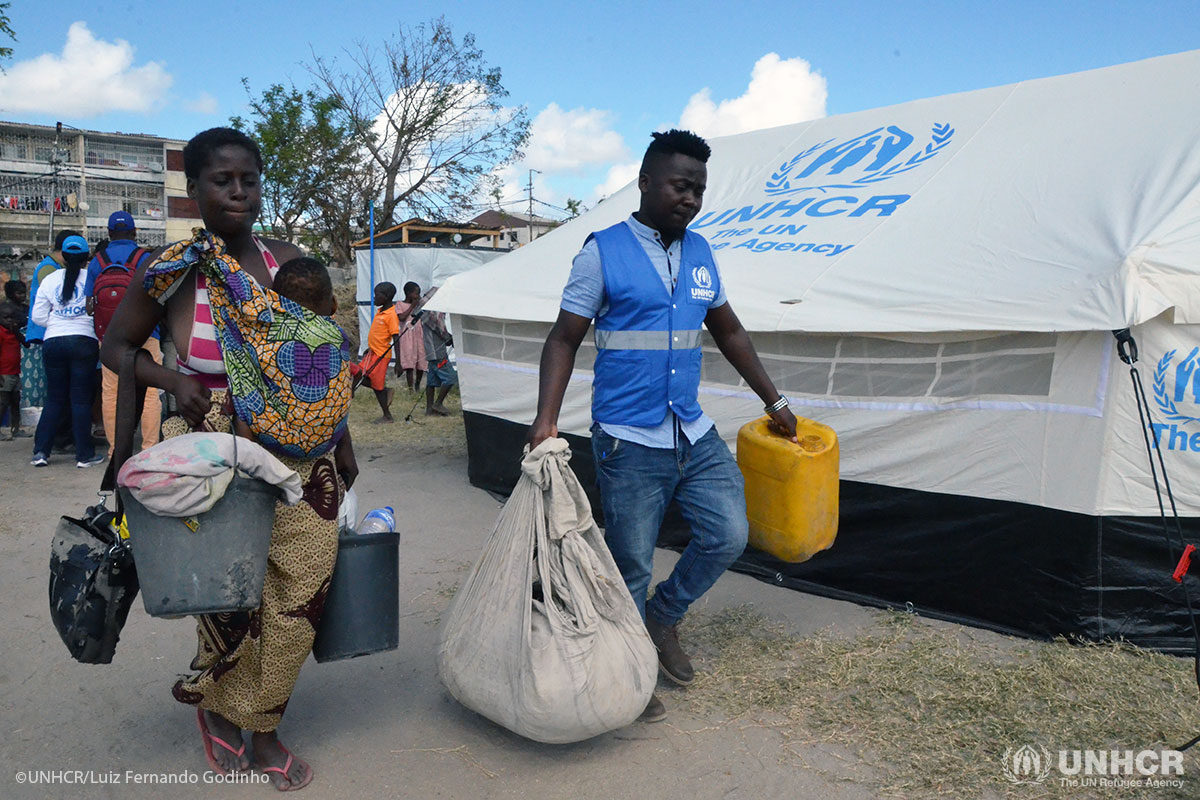 As UNHCR volunteers, Kevin and Kinga help to relocate cyclone survivors to more secure settlements and distribute relief items like solar lamps, kitchen sets and blankets. Kinga — literally — gave the shirt off his back: “I donated some of my clothes,” he said. He also provides much-needed hope and encouragement: “I advise the survivors not to be sad and that’s why I share my experience as a refugee to show them that it is possible to move forward, event under the most horrible conditions,” he explained.

Kinga, who is studying on a UNHCR scholarship, wants to continue to serve others after he graduates later this year: “My dream is to work for UNHCR and support refugees even more,” he says.

Back on Solid Ground 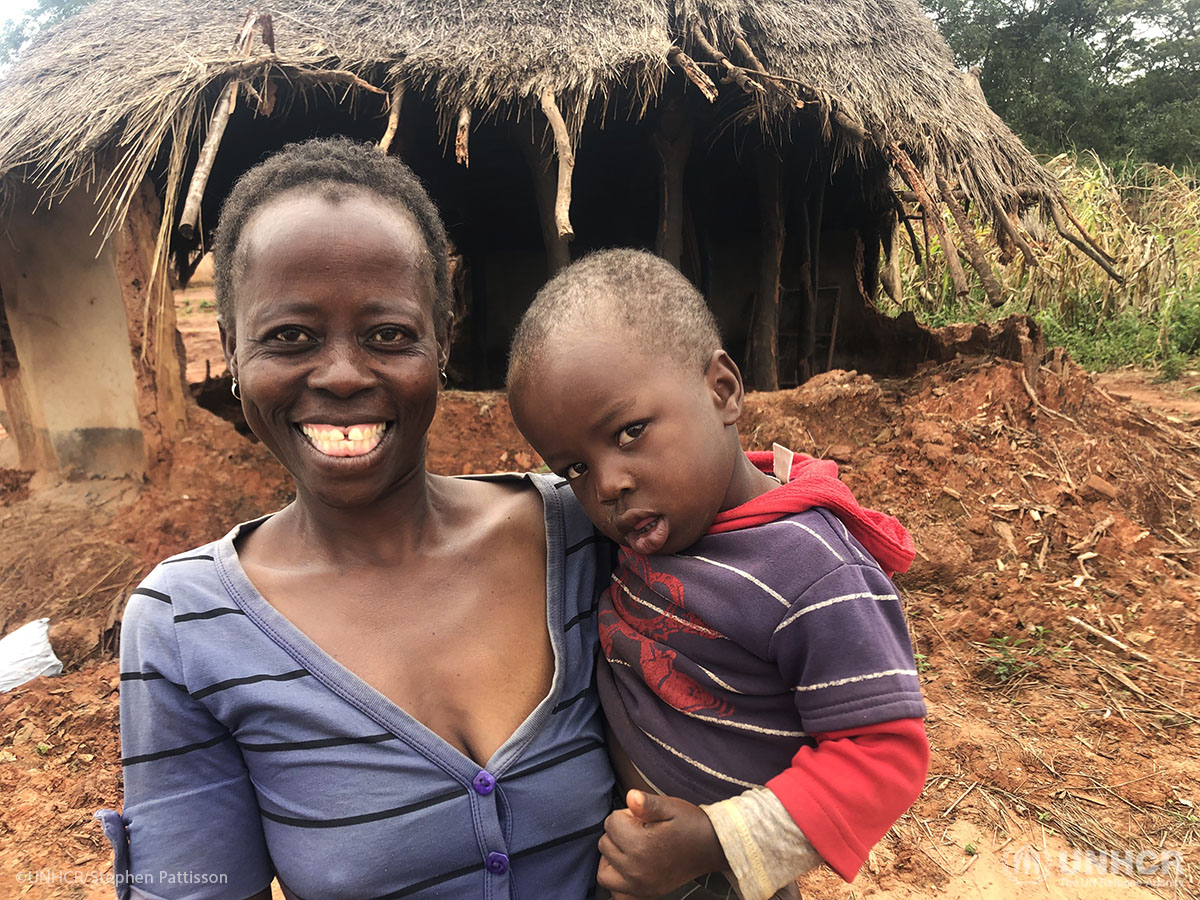 Esther Sithole was grateful that she and her child survived Cyclone Idai, but she lost everything. Weeks after the storm, her town, Chimanimani, in eastern Zimbabwe, was still only accessible by helicopter.

Thanks to donor support, UNHCR flew in to provide Esther and her neighbors with tents, blankets, solar lamps and water carriers. As the flood waters subside, this determined mother will rebuild. In the meantime, the aid she has received is a lifeline.

School is Back in Session!

Getting ready for coming back to school📒📚 in Pemba. In an emergency situation, education is key to protect children. #CycloneKenneth @UNHCRROSA @Refugees pic.twitter.com/F9TlTgYnSU

Less than six weeks after Cyclone Idai caused catastrophic damage, Cyclone Kenneth bore down on April 25, 2019. With sustained winds of more than 140 miles per hour, the storm was the strongest to hit Africa since records began. It was northern Mozambique’s first in living memory.

These children in Pemba, a port city that was hit particularly hard, are thrilled to be back in school, which signifies a return to a much-needed sense of routine and normalcy. That is why, in an emergency situation, education is a UNHCR priority — and caring Americans help the UN Refugee Agency provide school supplies, books, training for teachers and other education resources.

Here’s how you can help

Like the survivors of Cyclones Idai and Kenneth, people everywhere who have been forced to flee rely on caring Americans for protection, food, shelter — and hope. Giving monthly is the most convenient, efficient and effective way you can help. Please sign up with your first monthly gift today.