As a group of boisterous children played in the rising waters of a reservoir in Nayapara refugee camp, monsoon rains fell relentlessly. Rohingya refugee volunteer Hossain Mubarak kept a watchful eye on them.

All of a sudden, he noticed amidst the joyous shouts of excitable youngsters, someone apparently in trouble. “When I looked out, it seemed like someone was sinking in the reservoir. I immediately shouted for other volunteers on duty to come and help,” says Hossain. 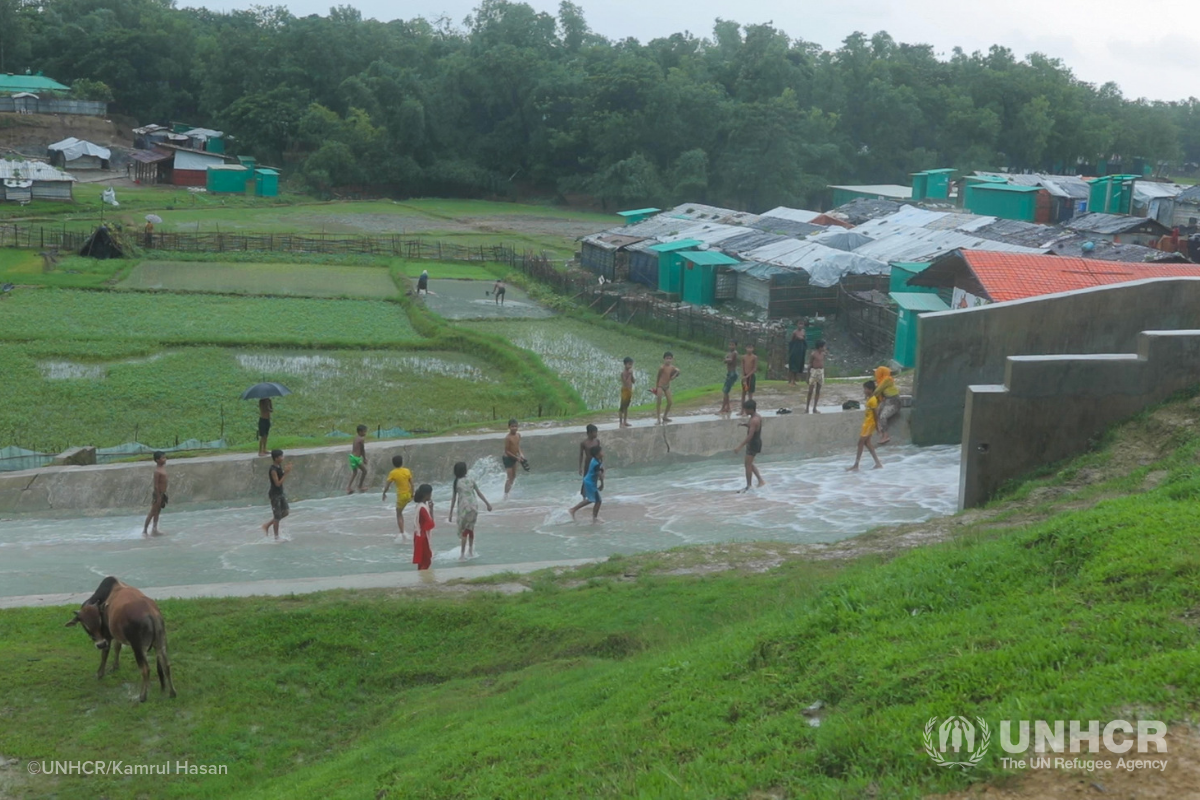 Four colleagues sped to his aid. They ordered the swimmers out of the reservoir and used a “throw bag” and a flotation device to reach the child and pull him to safety. Clearing his airways, they resuscitated him and packed him off to the hospital for treatment.

It was a dramatic real-life test of an emergency scenario that 21-year-old Hossain and his colleagues had been trained for just three days earlier, thanks to a program supported by UNHCR, the UN Refugee Agency, and two of its partners: the Adventist Development and Relief Agency International, or ADRA, and MOAS, the Migrant Offshore Aid Station.

“I never thought I would have to deal with a real-life incident within such a short time.”

“We were in a training where we staged a rescue like this for a demonstration. I never thought I would have to deal with a real-life incident within such a short time,” says Hossain. 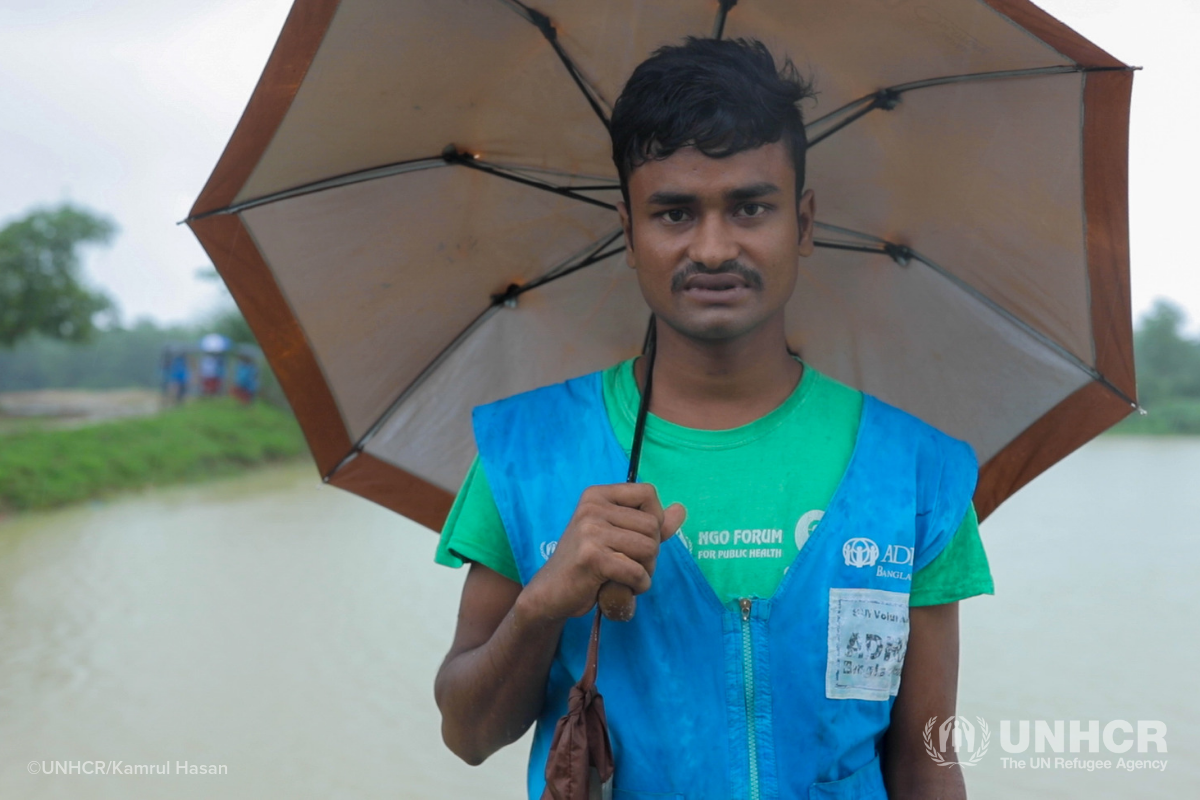 The settlements in south-east Bangladesh, which are home to nearly one million refugees, are studded with reservoirs and ponds that quickly fill up during the monsoon. More than 230 refugees have already received training as lifeguards to help save those who get into difficulties during the wet season, which continues through October.

The rescued teen, Mohammad Nur, had just finished a game of football in one downpour when he decided to join other boys to wash off mud in the reservoir. It is the biggest of four in the camps in Teknaf Sub-District, and is 17 feet deep – more than three times the teenager’s height.

“I did not expect the water to be very deep … I was so excited that day so I jumped into water and suddenly I ran out of breath. That’s when I started to sink and became unconscious,” said Nur, who sheepishly acknowledged that he was unable to swim.

He and his mother, Shonchita, have yet to assimilate the experience fully. “My son is still frightened and so am I. He is my only son and I cannot think of any harm coming to him,” she said with tears in her eyes.

She was quick to praise the rapid action of Mohammad Nur’s rescuers. “The volunteers found my boy unconscious and gave him resuscitation and first aid. They helped save my son’s life. I’m so indebted to them”

“The volunteers found my boy unconscious and gave him resuscitation and first aid.”

Refugee volunteers, trained by UNHCR and partners, are at the forefront of efforts to protect residents of the sprawling refugee settlements during the monsoon season and spread awareness about the risks that climate change and the weather bring and how families can better protect themselves. 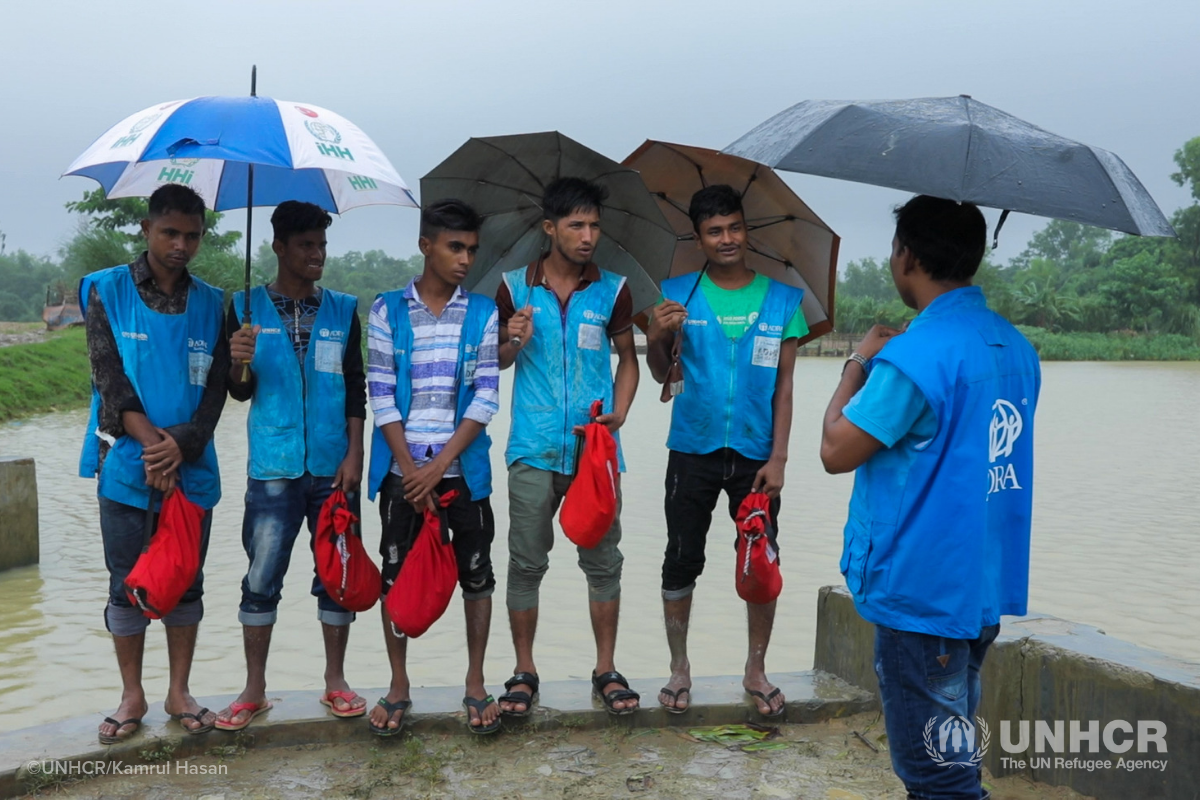 Despite their love of playing in the rain, many youngsters in the camp like Nur do not know how to swim nor are they aware of some of the dangers.

Many are also unable to read or write. Recognizing some of these gaps, UNHCR Disaster Risk Reduction Specialist, Marina Drazba, set about devising a fun way of spreading awareness and information about the risks, by creating a board game.

“The game has helped us to reach and engage large audiences. It’s colourful and visually compelling. You don’t need to be able to read.

“It’s also quite a competitive game. It shows you the risks and teaches you how to recognize the hazards and survive as you play. Every day we see more and more people, young and old, coming to play the board games. It’s become a big hit,” she says.

Weather and climate emergencies like monsoon downpours can be harsh in Bangladesh. In July, storms dumped a whopping 14 inches on the settlements in just one 72-hour period, destroying more than 270 shelters and injuring 11 people.

In addition to instruction in rescue and first-aid techniques, the volunteers also receive safety equipment including lifebelts and throwlines to allow them to swing into action fast. At the same time, UNHCR and its partners are working to fence off many open reservoirs and ponds to keep youngsters from playing in them.