Fatima finds her hero in Austin

Some of Fatima’s friends call her the “President of Austin” because she knows every bus line by heart and knows all the drivers by name. Others call her “The Machine” because she has an unending fount of energy and tirelessly gives her time for her friends, her family and for preparing for her future.

Add college and a part-time job and you better understand there are few wasted moments in Fatima's day.

But in order to get where she is today, Fatima first had to endure the difficult experience of resettling in a new country as a teenager.

Her family arrived from Afghanistan in November 2015 – she was 14 then and only learned that the family was leaving for America three days before.

“I was really shocked and I couldn't believe it,” says Fatima.

“But it was dangerous for us. We had to leave everyone, friends and other family behind.”

Though it was scary coming to a new country, Fatima was finally safe and her parents and siblings were together. In those moments, that was all that mattered.

Soon, however, Fatima began facing the new challenges of being a high schooler in Austin, Texas. She was starting a new school, she did not know the language and it was difficult learning how to navigate the public transportation system of a big city. 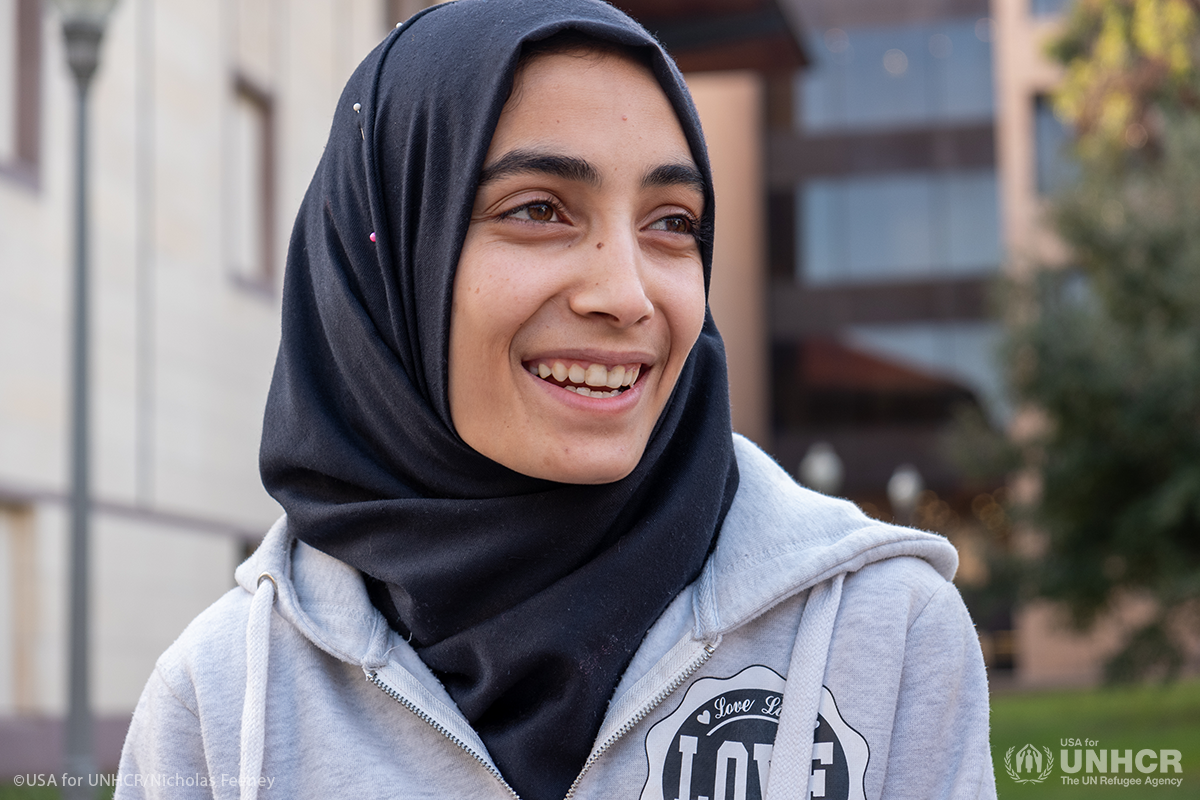 “My sophomore year was really my worst year. I was depressed and I didn't speak English and everything was so new and different for me.”

But all that changed when Fatima met Arielle Levin, Mentoring Program Manager at GirlForward, a millennial-women led organization that provides education and mentoring support for teenage refugee girls.

Along with pairing girls with mentors, GirlForward provides space for community building, sisterhood and friendship among high school girls who have lived the refugee experience.

“I finally found this light that I was looking for,” Fatima recalls, brimming with joy.

“GirlForward was something that I'd been always wishing to have in my life.”

GirlForward takes a holistic approach to matching mentors and mentees. Family background, faith and future aspirations all play a role in the decision.

Fatima made an immediate connection with her mentor, Wajiha Rizvi, and her confidence began to grow as she met other young refugee girls and found a safe space to practice her English. 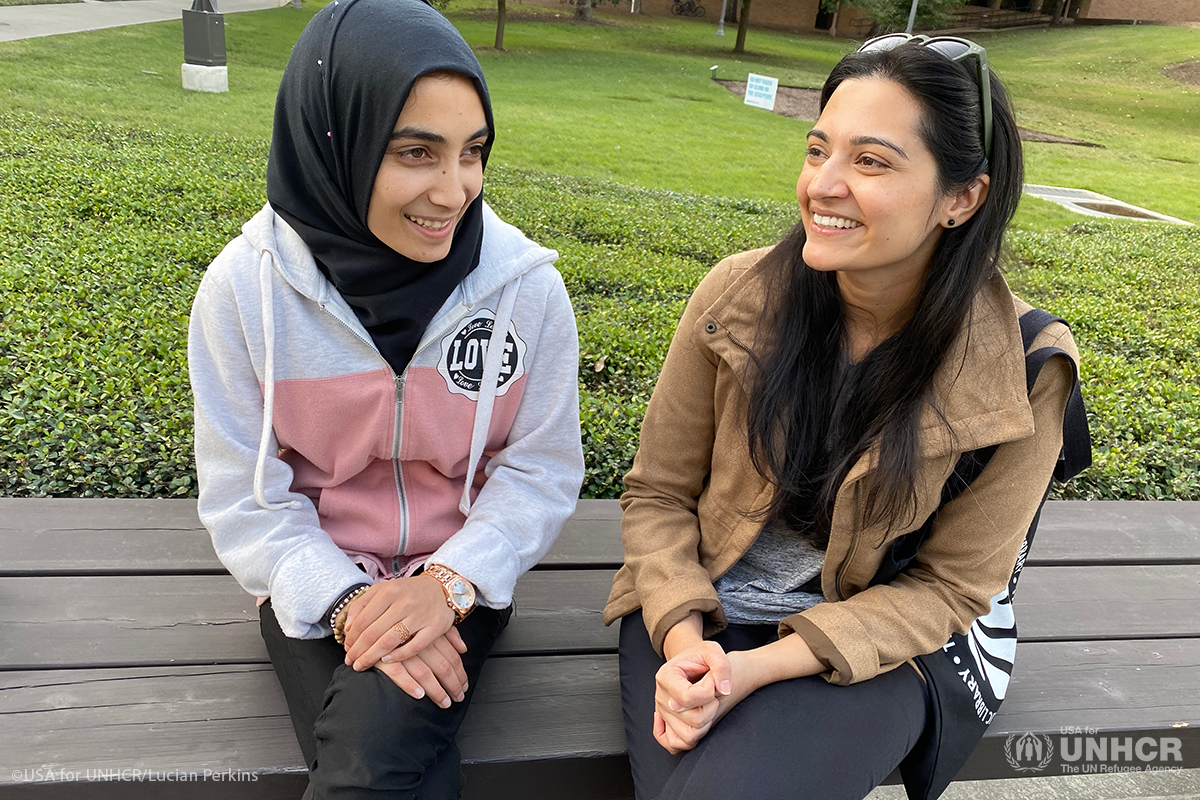 “Wajiha and Fatima were paired because Wajiha is a lawyer, she's super active in the Austin community and the social justice community,” Arielle shares. “Fatima has a really strong compass for social justice and so they felt like a really great fit. Wajiha is a great role model and embodies a sort of person that Fatima might want to become someday.”

“Fatima was 15 years old when we first met, she had on a baseball cap on top of her hijab, and I just thought she was so cool,” Wajiha shares.

Spending an afternoon with Fatima and Wajiha, it is clear this is a relationship that will endure.

“I can definitely call her (Wajiha) my hero,” Fatima says with a big smile.

And for Wajiha, there is an immense amount of pride and happiness in the role she has played in Fatima’s life. “Fatima has found her voice. She's become more confident in who she is, and over the years she's started to realize that she can seek out the opportunities that she wants for herself.”

But what does Fatima want for herself? There’s journalism or becoming a counselor or maybe even running for elected office. At GirlForward, she is building the foundation for a life where advocacy and helping others is central. She sits on the GirlForward Advisory Board and is helping shape the future of the organization.

“I believe in my dreams so I'm just going to go for it.”

USA for UNHCR, the UN Refugee Agency supports the full journey of refugees like Fatima. Not only do our donors help refugees in their greatest time of need, but their support builds awareness for resettled refugees living in the U.S. Refugees like Fatima have woven themselves into the fabric of American society and are making lasting contributions to their communities. With your help, more refugees will have the opportunity to build a peaceful life.