Nine years into the war in Syria, more than 11 million people have been uprooted from their homes, either seeking refuge in neighboring countries or becoming displaced inside the country. At least half of them are women - mothers, daughters, sisters, cousins, friends - who in addition to the trauma endured, must overcome additional challenges and protection risks due to their gender.

Despite all the obstacles, these incredibly resilient women continue to create opportunities from very little, overcoming some of the most difficult situations to protect their families and achieve their goals. On International Women’s Day, these are some of their inspiring stories: 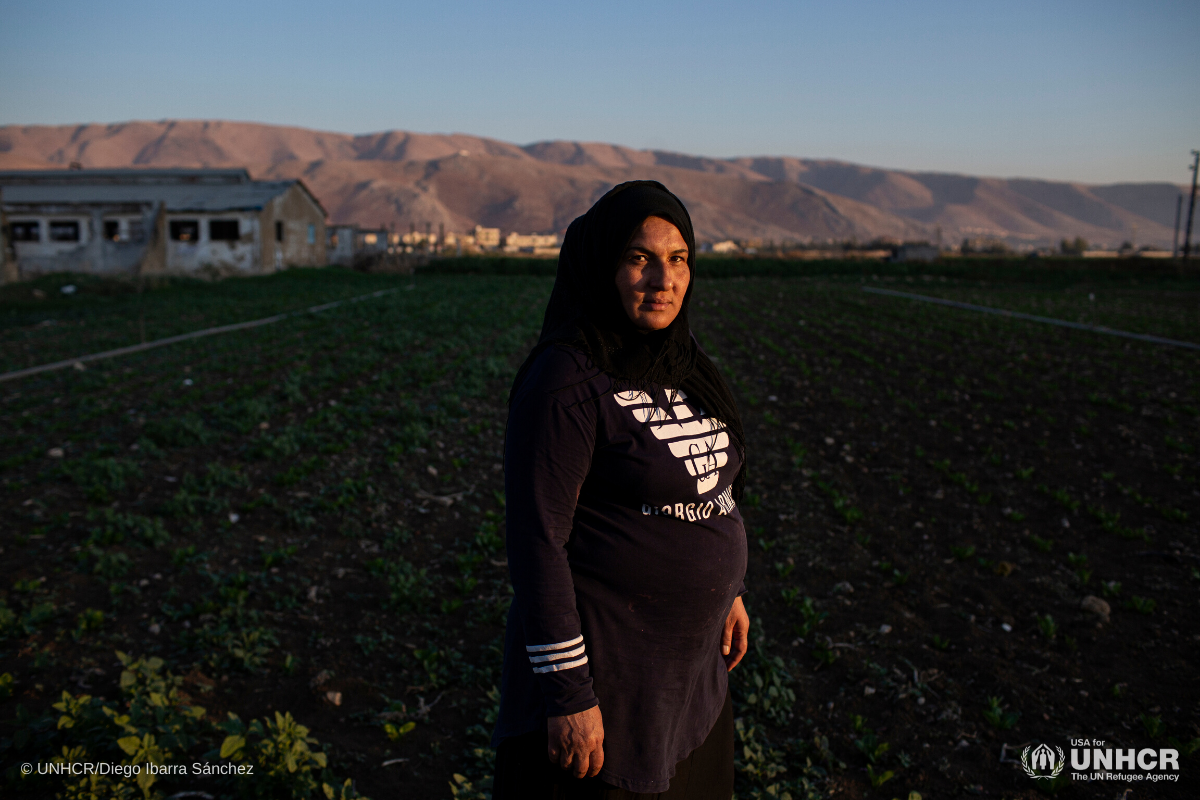 Like many Syrian women, Suria is the sole breadwinner and caretaker of her family. She arrived in Lebanon with her three children after her husband was killed in a detention center in Syria. But despite this trauma, Suria has managed to raise her family and is now the shawish, or community leader, of her settlement in Dalhamiyeh, Lebanon.

As a shawish - a role that has been traditionally assigned to men in Lebanon - Suria is in charge of supervising the settlement as well as providing leadership and guidance to other refugees. Her position can be challenging sometimes, but Suria’s courage and leadership has played a crucial role to overcome gender stereotypes in her community. 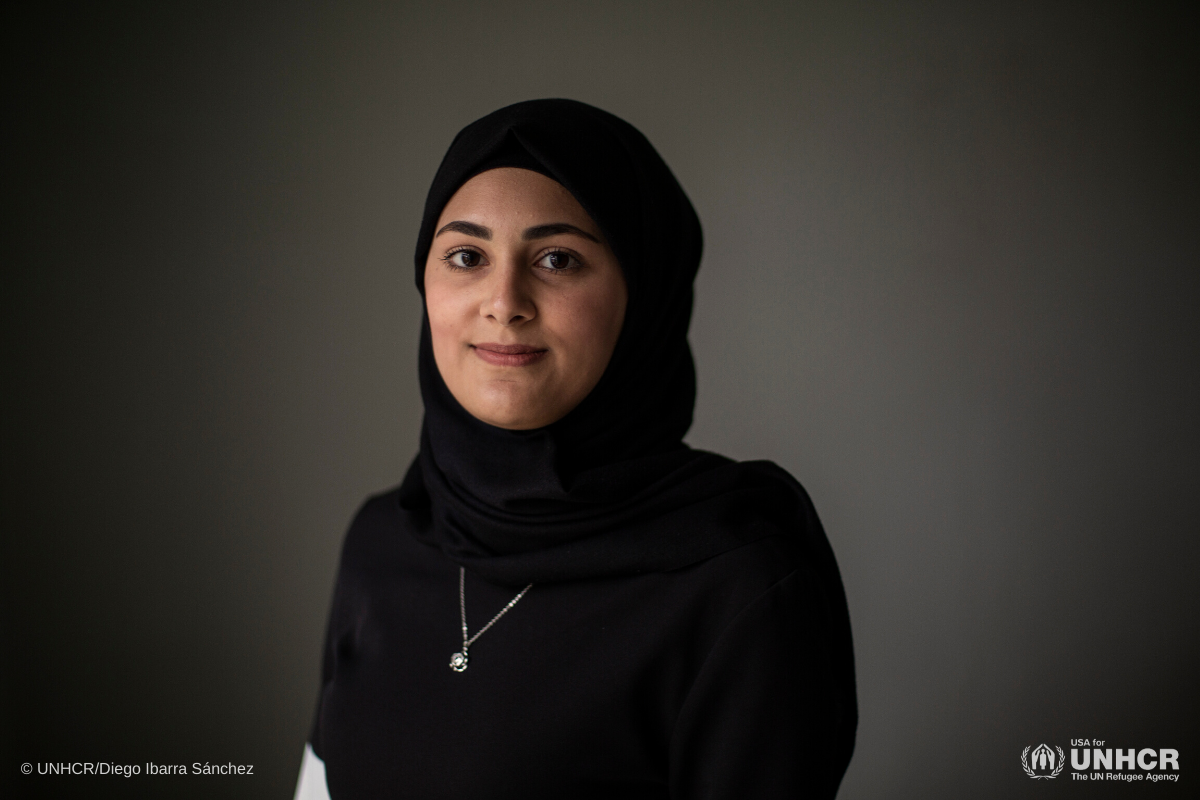 The war in Syria has left millions of young women like Sidra out of school. In 2013, Sidra was in her final year of high school in Aleppo when intense fighting forced the closure of schools and her family had to flee to Turkey.

In Turkey, Sidra worked hard to learn a new language and graduated from high school at the top of her class. As a result of her hard work, she secured a university scholarship and she’s now in her second year of a dentistry degree, pursuing a life-long dream. Sidra is convinced that education holds the key to her future and she’s determined to achieve her goals.

“People call me ‘çalışkan kız’ which means: ‘the girl who studies a lot’.” 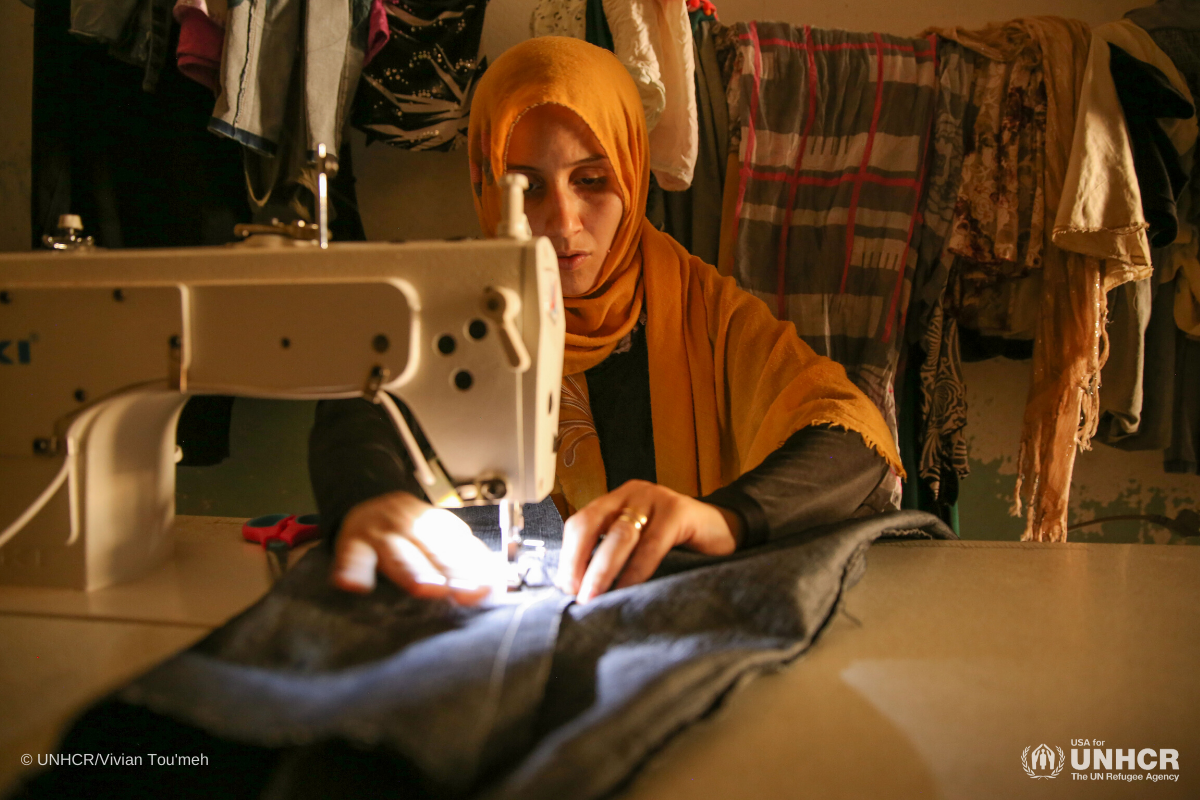 Noura is a single mother of four. After being displaced inside Syria for more than five years, she decided to return to her home in Karm Allouz, Homs. But when she arrived, she only found an old house in ruins. Syria’s war had damaged or destroyed most of the city’s infrastructure and almost every building was reduced to rubble.

Thanks to USA for UNHCR’s donor support, Noura received a sewing kit - including a machine, iron and ironing board - that has allowed her to start working to support her family. Despite the difficult circumstances, Noura’s resilience and determination keeps her going and committed to doing everything she can for her family. 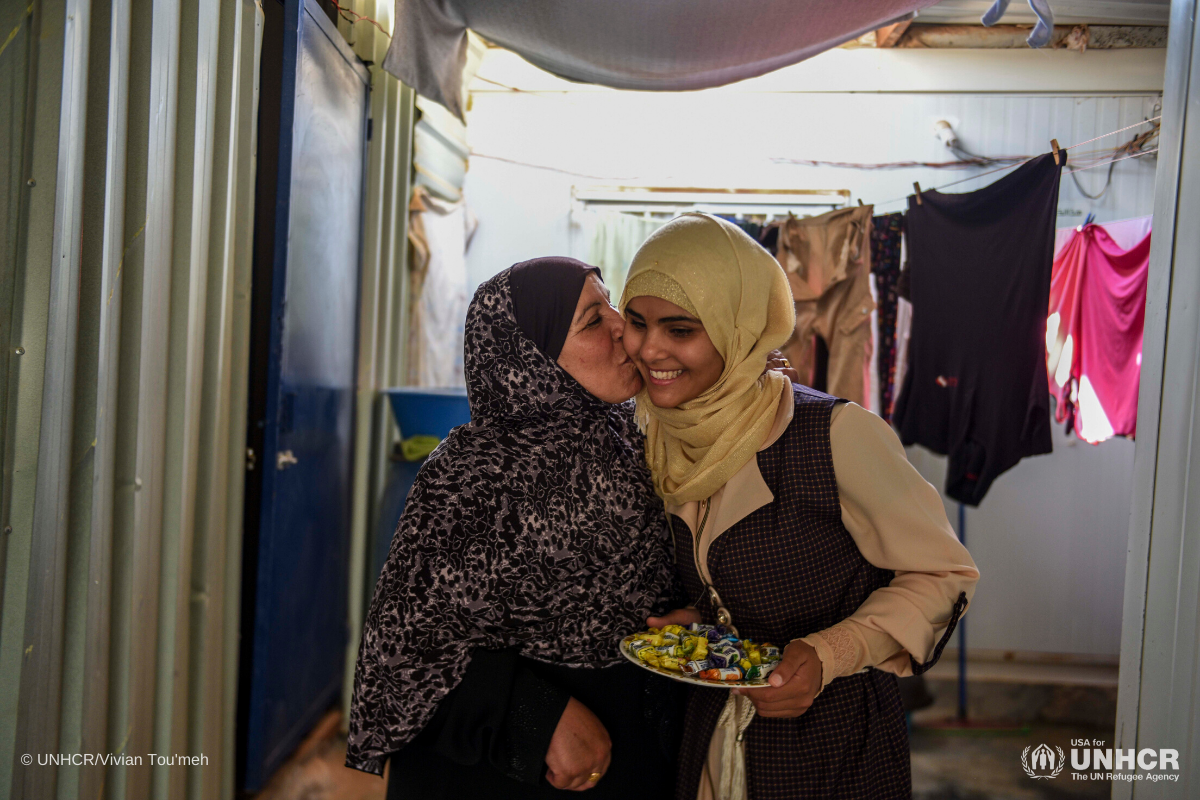 Dalal’s mother proudly celebrates her Tawjhi (general secondary education certificate examination) with chocolates. She just achieved the highest scores on her school tests and became the top student at Za’atari refugee camp and in the Mafraq area of Jordan.

Ever since Dalal and her mother arrived at the camp in 2013, she has been focusing on her studies even under the most difficult conditions - including harsh winter and summer weather and lack of electricity. She dreams of studying English at university.

Like Dalal, there are nearly 20,000 children enrolled in school at Za’atari camp whose hopes and dreams are bigger than their circumstances. 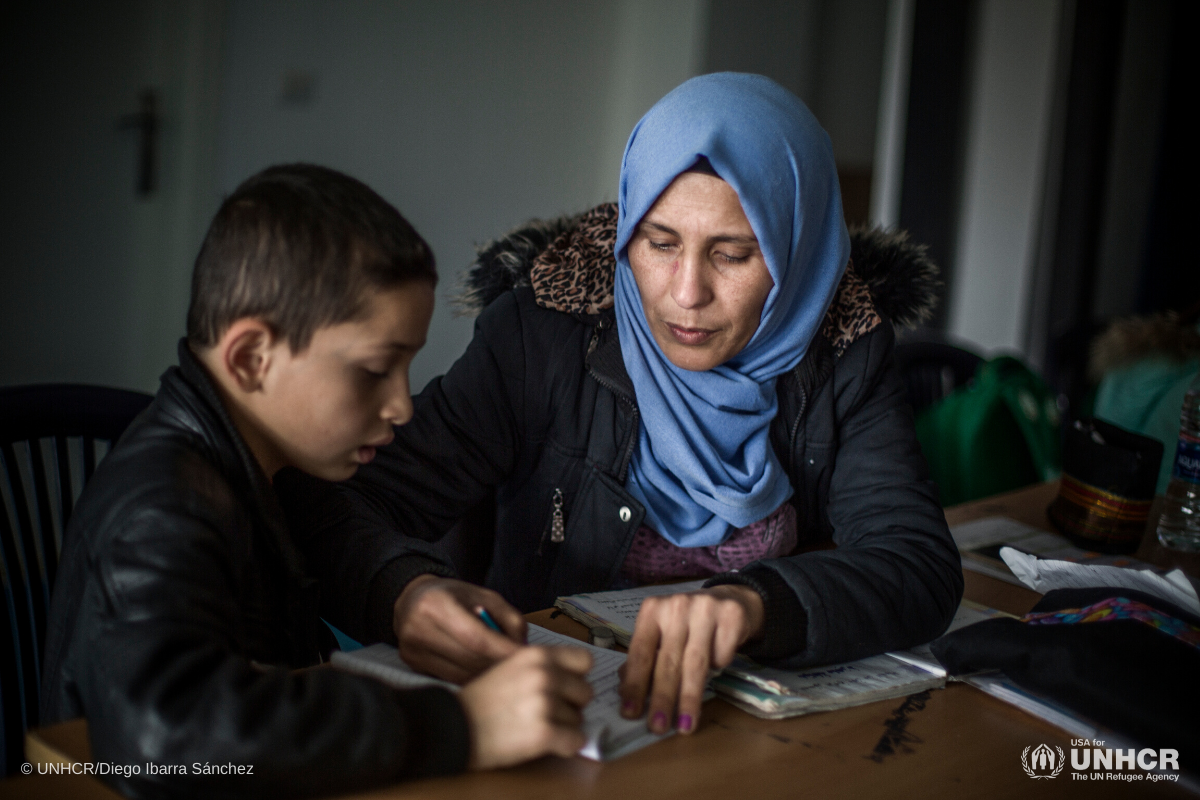 30-year-old Nivine will never forget the day her husband left her. Violence and unrest were starting to break out on the streets of her hometown in Manbij, northern Syria when she was left alone to take care of her five daughters and elderly mother. Fearing for their lives, Nivine decided to flee with her family. They crossed the desert by foot, until they found safety in Lebanon.

Nivine is now a teaching assistant who’s making a difference in the lives of refugee children. Her daughters are also enrolled in school and she is encouraging them to complete their education beyond high school. She wants to provide her daughters and students with the tools and opportunities she didn’t have.

Syrian refugee women like Nivine, Suria, Sidra, Noura and Dalal have suffered tremendously since the start of the crisis, yet they have not given up. Their strength and determination are an inspiration on this International Women’s Day.