“Once you have planted it, make sure you protect it from animals by putting brambles around it,” Lydia Yacoubou, a Nigerian refugee, advises a young refugee girl before handing her a neem seedling grown in the nursery she manages at Minawao refugee camp in north-eastern Cameroon. 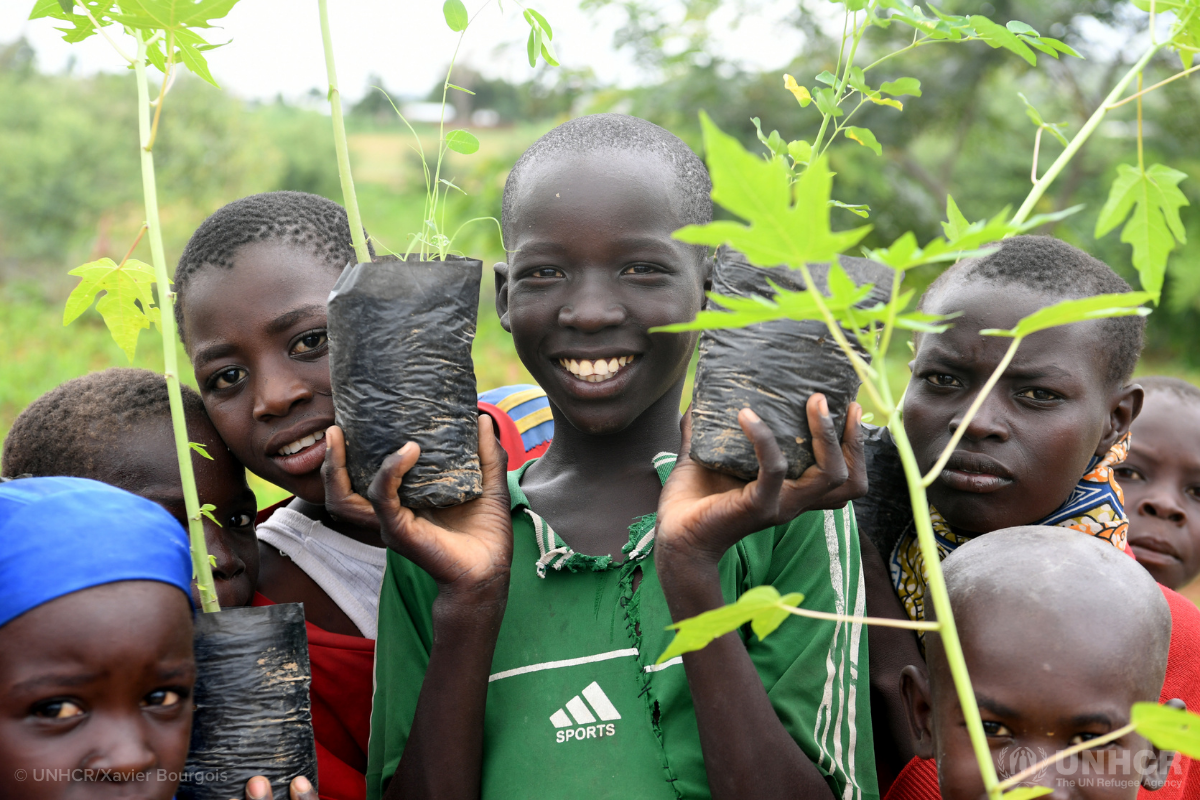 The girl trots off, carrying her little brother on her back and clutching the plant to her chest.

Lydia turns her attention to a dozen other children who have come looking for fruit trees, acacias or moringas to plant around their homes. Eventually, they will provide fruit, medicine and much more.

“The trees bring us a lot,” says Lydia. “First, they provide the shade necessary to grow food. Then, the dead leaves and branches can be turned into a fertilizer for cultivating. Finally, the forest attracts and retains water. Rainfall has even increased.”

Minawao hosts nearly 70,000 refugees who have fled violence linked to the Boko Haram insurgency in neighbouring Nigeria since 2014. In an arid region already badly affected by climate change, the refugees’ arrival accelerated the desertification process as they cut down the few surrounding trees for firewood.

“It was crucial to find a solution.”

“It is hard to describe the depth of the impact the disappearance of the forest has had on populations,” says Zara Maina, a field assistant with the UN Refugee Agency, UNHCR. “The price of wood has risen considerably, causing conflicts with host communities. Women were forced to walk far into the bush to fetch wood, exposing themselves to potential attacks. Animals found it increasingly difficult to feed themselves. It was crucial to find a solution.”

Faced with this ecological and human disaster, UNHCR and the Lutheran World Federation (LWF) launched a unique programme in 2018 aimed at reversing deforestation in the camp and surrounding villages.

Refugees received training on how to use “cocoon technology”, developed by Land Life Company, to give seedlings the best chance of survival in the harsh environment. It involves burying a doughnut-shaped water tank made from recycled cartons that surrounds the plant’s roots and feeds it using a string that connects to the young shoot. 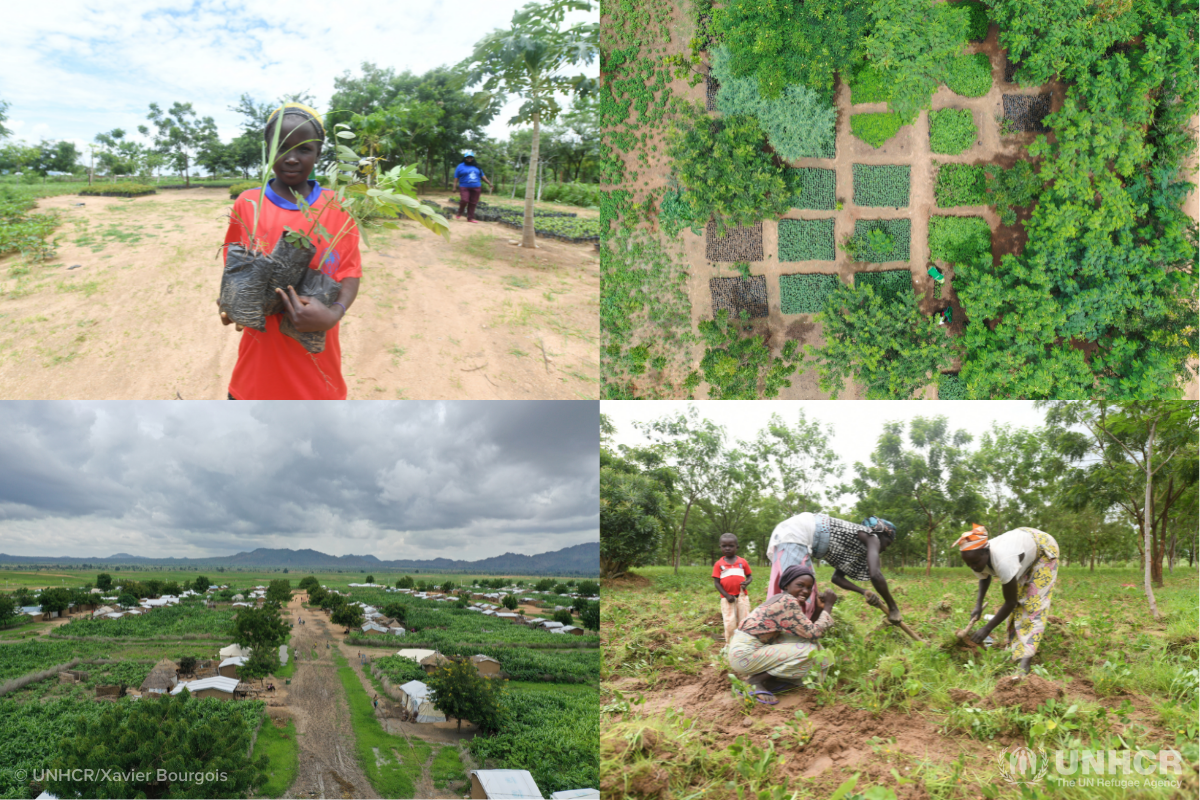 “Since the beginning of the project, 360,000 seedlings have been grown in the nursery and planted on more than 100 hectares,” explains Abdul Aziz, LWF’s project coordinator. “The camp was almost deforested, but this project has helped to repair the vegetation cover.”

Paid for by a US$2.7 million donation from the Dutch Postcode Lottery, the programme is part of the Great Green Wall initiative which aims to grow an 8,000-kilometre continent-wide barrier to combat land degradation, desertification and drought in the Sahel.

The first trees planted four years ago are now providing enough shade for families to grow crops, something that was not possible previously.

“Before, during the dry season, the sun was so intense that everything burned,” recalls UNHCR’s Zara Maina.

Seen from the sky, the evolution of the site in a few years is striking. Video footage shot in 2018 showed vast stretches of sand surrounding buildings and shelters. Now the land is covered with vegetation. But progress remains fragile, with refugees and locals still in need of fuel for cooking and heat.

To address this need, UNHCR and LWF are promoting alternative energy sources. Families in the camp can send their household waste to charcoal production centres where trained refugees turn it into coal they can use in specially adapted stoves.

LWF’s Abdul Aziz says the “ecological coal” has reduced the need to cut trees for firewood as well as tensions between refugees and locals. While refugees volunteer to work in the nursery and planting trees, coal production has become a source of income for many families.

Fibi Ibrahim, a refugee and mother of five who has lived in Minawao since 2016, is one of a cooperative of around 100 women who produce and sell coal and the adapted stoves in Minawao.

“The money I make selling charcoal briquettes allows me to buy soap, seasoning and meat to supplement the family’s rations,” says Fibi. “I hope that soon, when I have saved enough money, I can start my own shop in the camp and fully meet the needs my household.”