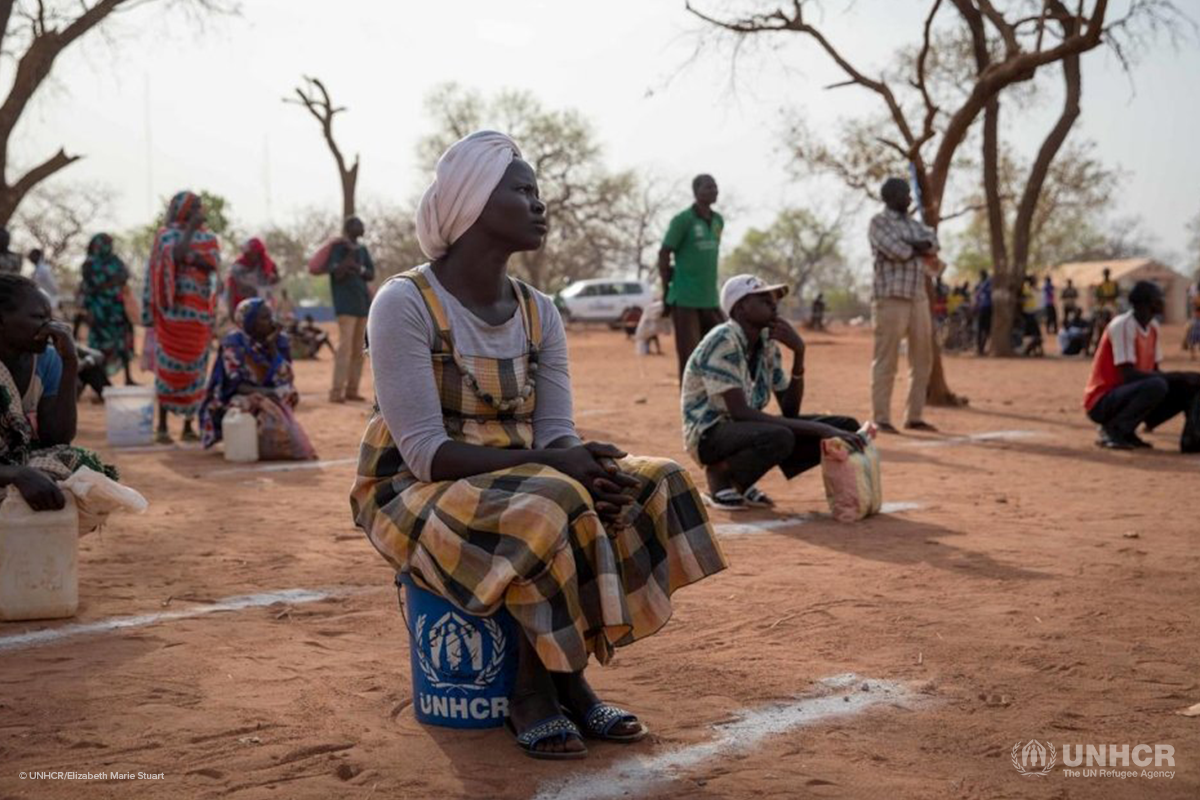 UNHCR, the UN Refugee Agency, and the World Food Program (WFP) are warning that severe underfunding, conflict and disasters – as well as supply chain challenges, rising food prices and loss of income due to COVID-19 - threaten to leave millions of refugees across Africa without food.

“Millions of refugees throughout Africa are currently reliant on regular aid to meet their food needs,” said Filippo Grandi, UN High Commissioner for Refugees. “Around half are children, who may develop life-long difficulties if deprived of food at vital stages in their development.”

Unless urgent action is taken to address the situation, levels of acute malnutrition, stunting and anemia are expected to rise. In refugee camps in Ethiopia, 62% of children are experiencing critical levels of anemia.

“While the situation continues to deteriorate for everyone, the disaster is magnified for refugees who have absolutely nothing to cushion their fall,” said WFP Executive Director, David Beasley. “In the best of times, refugees live in cramped conditions, struggle to meet their basic needs and often have no option but to rely on outside assistance for their survival. Now more than ever, they need our lifesaving support.”

WFP is providing food assistance to more than 10 million refugees worldwide, including to those in the world’s largest refugee settlements, such as Bidibidi settlement in Uganda, where rations were reduced by 30% in April due to lack of funding.

Refugee populations who were previously able to feed and fend for themselves, including many living in urban areas and those working in the informal economy, are also facing significant challenges. Large numbers have lost their only source of income as work possibilities disappeared due to COVID-19 prevention measures. Most are not covered by social protection plans, leaving many families destitute and dependent on humanitarian assistance. In South Africa, many refugees are in danger of being evicted and have approached UNHCR helplines in desperate need of food and support.

At the same time, import and export restrictions are squeezing supply chains. In the mostly landlocked Sahel, COVID-19 prevention measures such as border closures and movement restrictions limit capacity to transport produce in a region where escalating insecurity, violence and conflict - compounded by the impact of climate change and poverty - have disrupted food security and livelihoods for millions of people. Assistance for extremely vulnerable groups, including more than 1.2 million refugees in the region, needs to be sustained.

In Cameroon, WFP was forced to reduce its assistance to refugees from the Central African Republic by 50% in May and June due to funding gaps and, based on current funding levels, will have to stop cash assistance entirely from August. Cuts in rations are also expected for Nigerian refugees in the country from July.

Across East Africa, unstandardized health measures at multiple borders have created congestion, delaying vital aid and trade flows. Lack of recognition of test results in neighbouring countries and the requirement to wait for test results have caused long queues and delays at custom points.  COVID-19-induced transport delays have negatively impacted food prepositioning in South Sudan ahead of the rainy season, requiring WFP to work extra hard to keep roads open during the rains, with an increased risk of having to resort to extremely expensive air operations should overland options cease to be viable.

In many parts of the continent, food prices are rising, posing a potentially devastating threat to millions of refugees, particularly those who were already living hand-to-mouth on daily wages. In the Republic of Congo, the average price of a basic food basket has increased by 15% while in Rwanda, WFP market monitoring around refugee camps found food prices were already on average 27% higher in April 2020 compared to 2019, and 40% higher than in 2018.

Amidst severe underfunding, UNHCR and WFP are struggling to meet the rising needs, with the situation expected to worsen in many cases as costs rise, in part due to the unexpected expense involved in providing cooked meals in quarantine facilities. In addition to the recent cuts in Uganda, more than 3.2 million refugees in East Africa are already receiving reduced rations due to underfunding, including in Ethiopia, Kenya, Sudan, South Sudan and Tanzania. Significant funding shortfalls threaten, or have already given rise to food cuts in the Democratic Republic of the Congo, Malawi, Mozambique and Zambia.

UNHCR and WFP are concerned about the negative impact of reduced assistance on refugees and urge donors in the international community to provide further funding to ensure refugees do not face starvation. Globally, WFP activities supporting refugees have a net funding requirement of more than US$ 1.2 billion for the next six months (July-December), of which some US$ 694 million is for operations in Africa. As part of the broader UN Global Humanitarian Response Plan for COVID-19, UNHCR is requesting some US$745 million for life-saving interventions, of which US$227 million is for operations in Africa.

African governments are urged to ensure refugees and displaced populations are included in social safety nets and COVID-19 response plans, in line with commitments to the Global Compact on Refugees, to ensure they are able to access food and emergency cash assistance.