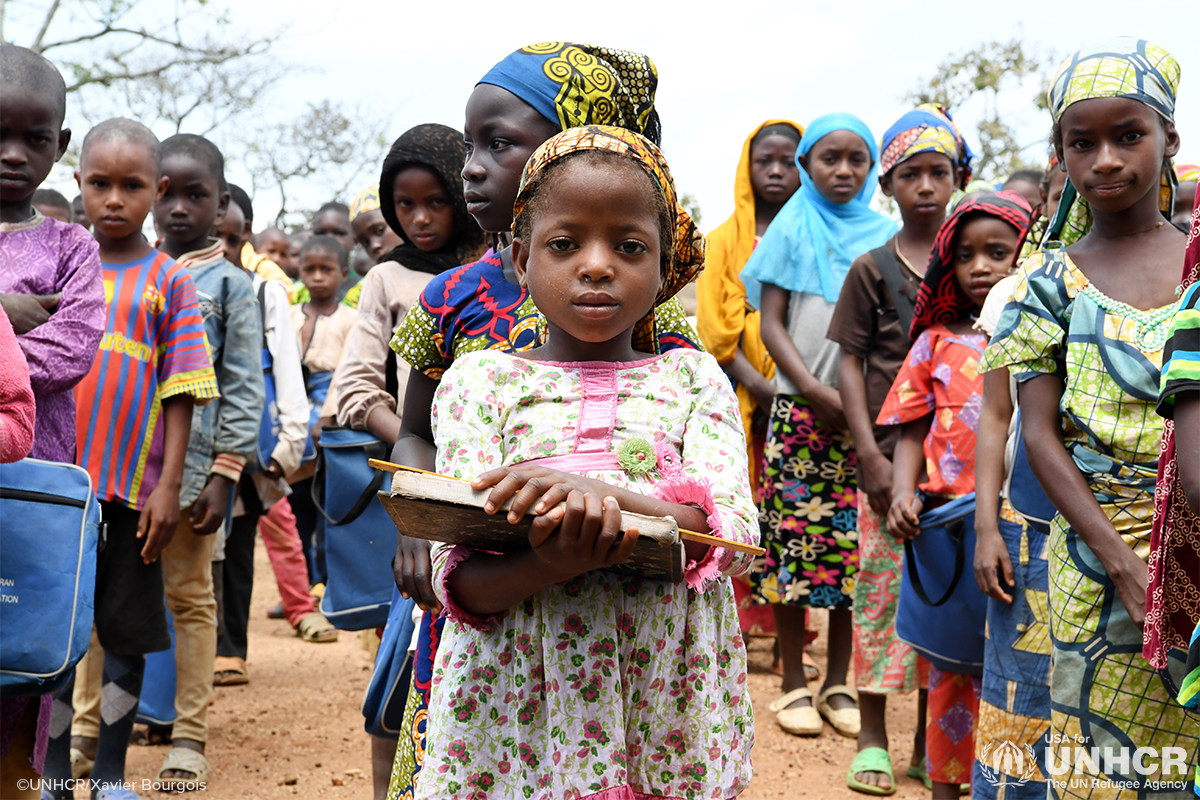 When 40 year-old MicheI Mopiko fled violence in his village of Ikoumba, Central African Republic (CAR) five years ago, fleeing to the Republic of Congo, he left behind a home, a community and a successful fishing business.

But after so many years in exile, when the opportunity to return to CAR presented itself, he felt the time had come to go back. Even if the conditions in Ikoumba weren’t perfect, it was still home.

He signed up to be part of a convoy of 352 CAR refugees who voluntarily chose to return from Betou in the Republic of Congo, arriving in Mongoumba, CAR just across the border. Now that he is back in his home country, he plans to return to his village, resume his fishing activities and rebuild his former life.

Michel is one of 116,000 CAR refugees who have voluntarily chosen to return home since 2016. While parts of the country continue to experience instability following the outbreak of conflict that has lasted for over five years, the recent peace agreement between the government of CAR and armed groups has also resulted in other areas becoming more secure. The improved security has led some of the nearly 600,000 refugees living in Cameroon, Democratic Republic of Congo, Chad and Republic of Congo to express a wish to return home.

UNHCR, the UN Refugee Agency and partners are working closely with the governments of the Central African Republic and asylum countries to organize and assist refugees who have made an informed choice to voluntarily return to CAR, to do so in safety and in dignity.

During a recent three-day trip to the country, UNHCR Regional Bureau Director for Africa, Raouf Mazou, met with the returnees in Mongoumba. They cited improvement of security in their areas of origin and the peace agreement between government and armed groups as being the main reasons they returned home.

“Seeing refugees return to their homelands is a very positive sign.”

For those who choose to return, UNHCR and partners, including the World Food Program, UNICEF and UNFPA, have provided relocation support consisting of three months of food ration and a modest cash grant, yellow fever vaccines and sanitary kits for women.

“What I’m seeing and hearing is giving me an indication that the situation in CAR is improving. The emotion is palpable. Seeing refugees return to their homelands is a very positive sign,” said Mazou. “Everything will be done to help refugees that wish to return do so in safety and dignity as quickly as possible, but we also need more support from the international community.”

During his visit, the Director of the Regional Bureau of Africa also met with senior government officials, donors and UN representatives in Bangui, appealing for their continued support for the voluntary repatriation of refugees who have decided the time is right to go home.

The CAR crisis is currently one of the least funded in the world. Aside from the nearly 600,000 CAR refugees, there are also more than 600,000 people displaced inside the country. Funding is needed to continue to provide support for the hundreds of thousands still living in exile, as well as to help those who are choosing to return rebuild their lives.

“I have decided to return home with my children because I know that security has been restored in my village,” said Jocelyne Tasthele, one of the returning refugees in Mongoumba.

“I am happy to be back because returning [home] is what I have been thinking about for a long time.”

When she left her village five years ago, she did not know what her future would be like in the Republic of Congo. She opened up a small restaurant serving traditional food. Now she is planning to take those skills and open up a new restaurant in her home village.

“I am happy to be back because returning to Souboulou village is what I have been thinking about for a long time,” she added with joy.