Whoever, Wherever, Whenever—Everyone Has the Right to Seek Asylum 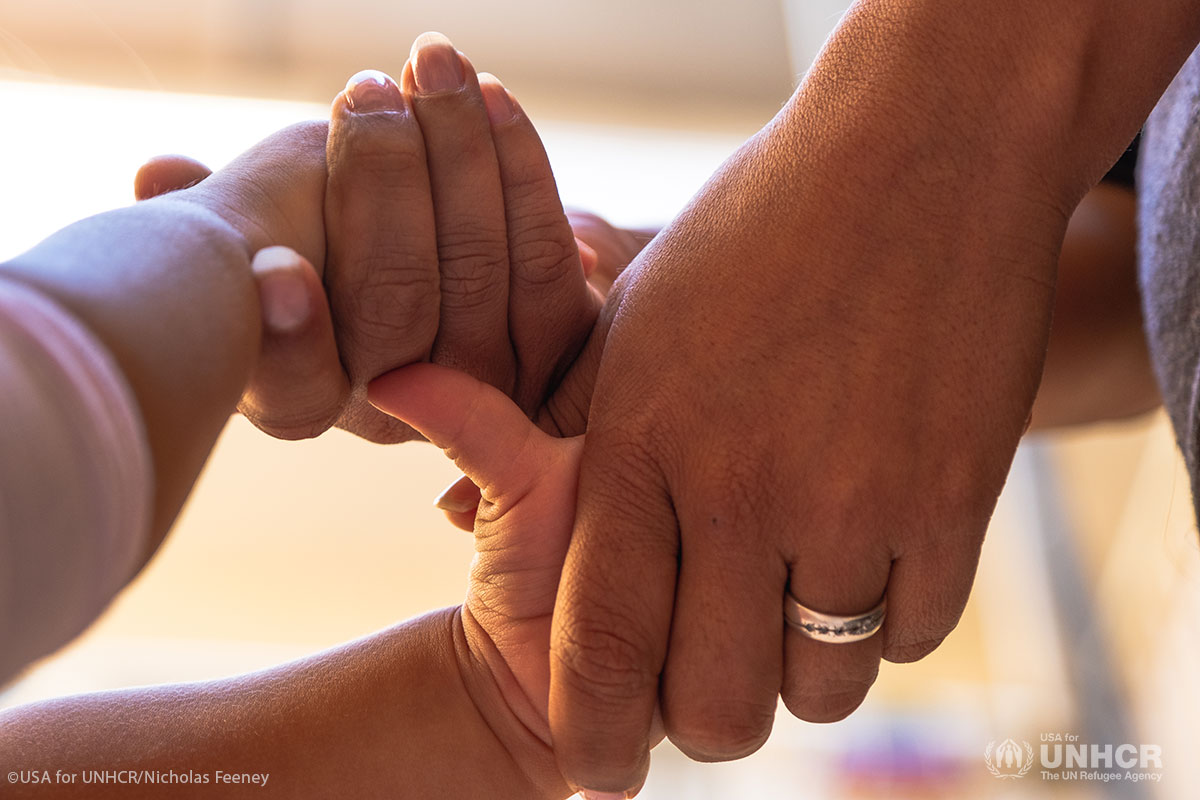 I first met Carmen in October 2021 in San Diego. She shared her story of being a successful judge in Peru who was tortured after a paternity case involving a powerful politician came before her court in 1999. After fleeing to the United States, images of her bloodied legs were used to prove her asylum case, but still, she wasn’t granted refugee status for nearly four years.

I also met Ana, her husband Rafael and their 4-year-old daughter Julia, who were staying at a shelter in Tijuana after a perilous journey fleeing threats of extortion and violence from gangs in Honduras. They hoped to claim asylum in the United States where Rafael has family but were detained and sent back to Mexico under Title 42, a current expulsions policy under which asylum seekers are denied the opportunity to ask for asylum.

These are just two of the myriad reasons for which people seek asylum. Asylum seekers are the victims of war, violence, persecution and human rights violations, and under international law, everyone has the right to seek protection – whoever they are, wherever they come from and whenever they are forced to flee. It is non-negotiable; seeking safety is a human right.

Carmen’s claim was legitimate, just as Ana and her family’s right to seek safety is legitimate.

On June 20 we honored World Refugee Day, this year with a staggering milestone – for the first time on record, the number of people forced to flee their homes has surpassed 100 million, propelled by the war in Ukraine and other deadly conflicts. While this stark figure is a wake-up call to resolve and prevent destructive conflicts, end persecution and address the underlying causes that force innocent people to flee their homes – we must also recognize that compassion for the lives caught in the middle is paramount.

For the past two years, COVID-19 lockdowns, travel restrictions and border closures have posed major obstacles for families seeking safety. At the height of the pandemic emergency, 100 countries initially restricted access for asylum seekers and as a result, any women, children and men who were already at risk were put in even more danger when they were turned away at ports of entry or even forcibly returned to their home countries only to face a significant risk of persecution, human trafficking, rape or serious human rights violations upon return.

Today, there are at least 17 countries that are continuing to use the pandemic to undermine rights by denying people access to asylum procedures. The United States is among this group which also includes Brazil, India and Mongolia, among others. To date, Title 42, invoked by the U.S. government in 2020 citing the need to protect the country from further spread of COVID-19, has been used over 1.9 million times to expel migrants and asylum seekers attempting to cross U.S. borders.

Throughout the pandemic, UNHCR, the UN Refugee Agency, has maintained that such measures which deny asylum seekers entry at borders are contrary to international law and are not necessary to address public health risks. UNHCR works with governments worldwide so they can safeguard the rights of refugees and asylum seekers while also protect public health through testing and quarantines among other reasonable measures.

I echo the concerns of Filippo Grandi, the UN High Commissioner for Refugees, who stressed the risks of excluding and endangering the lives of asylum seekers on the pretext of responding to the global pandemic saying, “COVID-19 cannot be an excuse to ignore the law and refugee

rights.” As countries continue to prevent, address and in some cases work to recover from the global pandemic and borders begin to reopen, the fundamental rights of refugees and asylum seekers that have been withheld for the last two years must be reinstated in full.

Dozens of countries around the world have served as a beacon of hope for fleeing refugees and asylum seekers during the pandemic, and I hope that the United States will join them. As we recognize the strength and resilience of refugees and forcibly displaced people this World Refugee Day, it is more important than ever that pathways to safety remain open.

People like Carmen, Ana, Rafael and little Julia are counting on us.

We are in the midst of the largest global refugee crisis in history. More than 100 million people are currently displaced because of war, violence and persecution. They have a right to safety. Act now by adding your name in solidarity to stand with refugees and displaced people in their right to seek safety.