Four-year-old Khaled has one of the warmest smiles you will ever see. Curious and bright, Khaled possesses a sunny disposition that stands in stark contrast to his bleak surroundings. Khaled may seem like a normal kid, but his life is far from it. 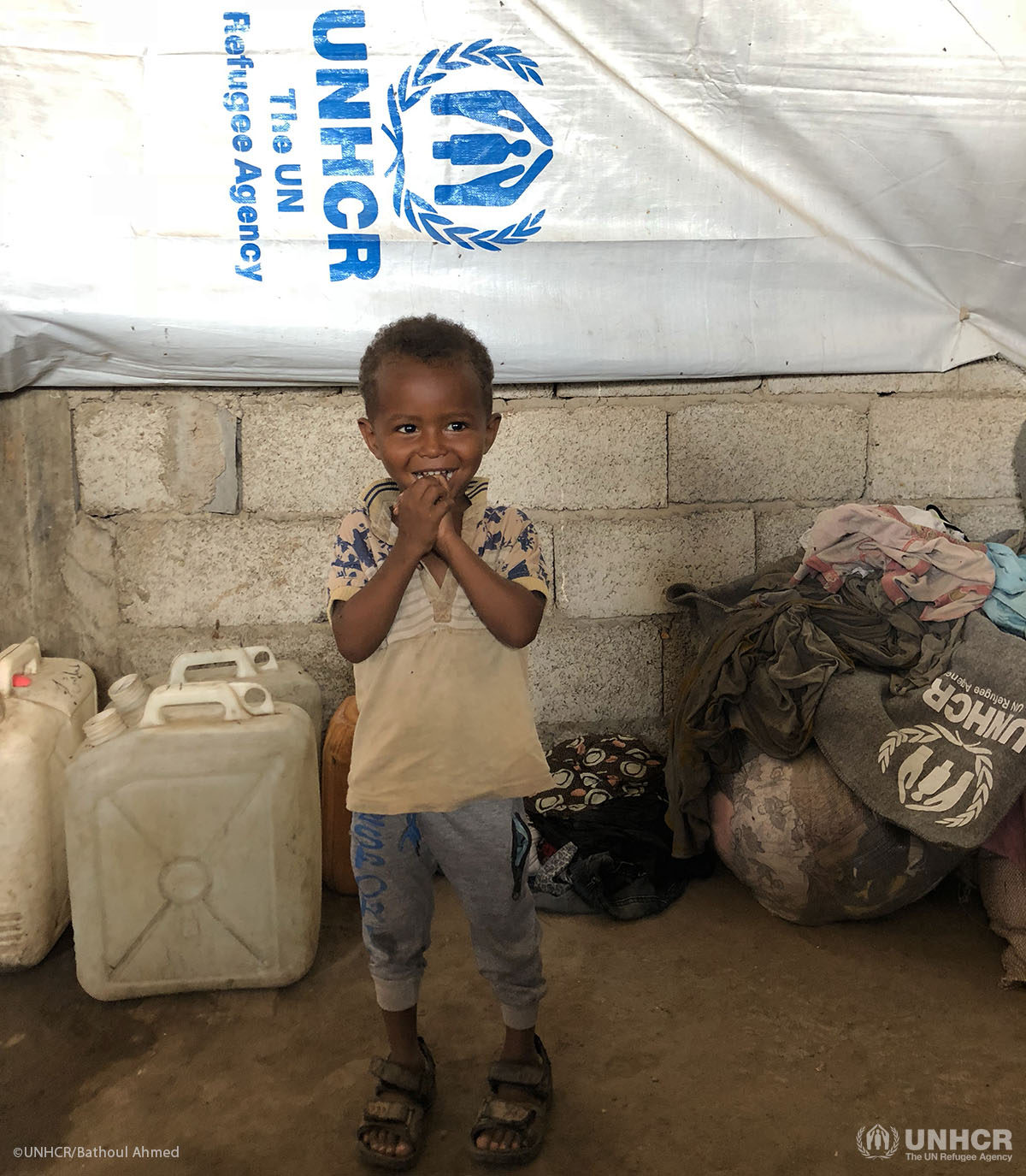 That’s because Khaled is from the port city of Hodeidah in Yemen, an area that has seen intense violence in recent months. Forced to flee with his family, Khaled settled in Aden, a town in southern Yemen. Here, along with other internally displaced people, Khaled lives in what is called a collective center — abandoned structures used as housing by Yemeni families who have been forced from their homes.

The main collective center in Aden is an unfinished school that lacks such basic necessities as running water and toilets. It is also the only home Khaled knows.

Those in Aden speak of barely getting by day-to-day. “We don’t expect much. We are merely alive and surviving.”

Thanks to UNHCR supporters, people in Aden are beginning to have reason to hope. Already, UNHCR has constructed 75 shelters outside of the school and installed partitions to create additional households. Thirty-seven kitchens have been built and 10 toilets installed. Emergency items such as sleeping bags and blankets have also been distributed. 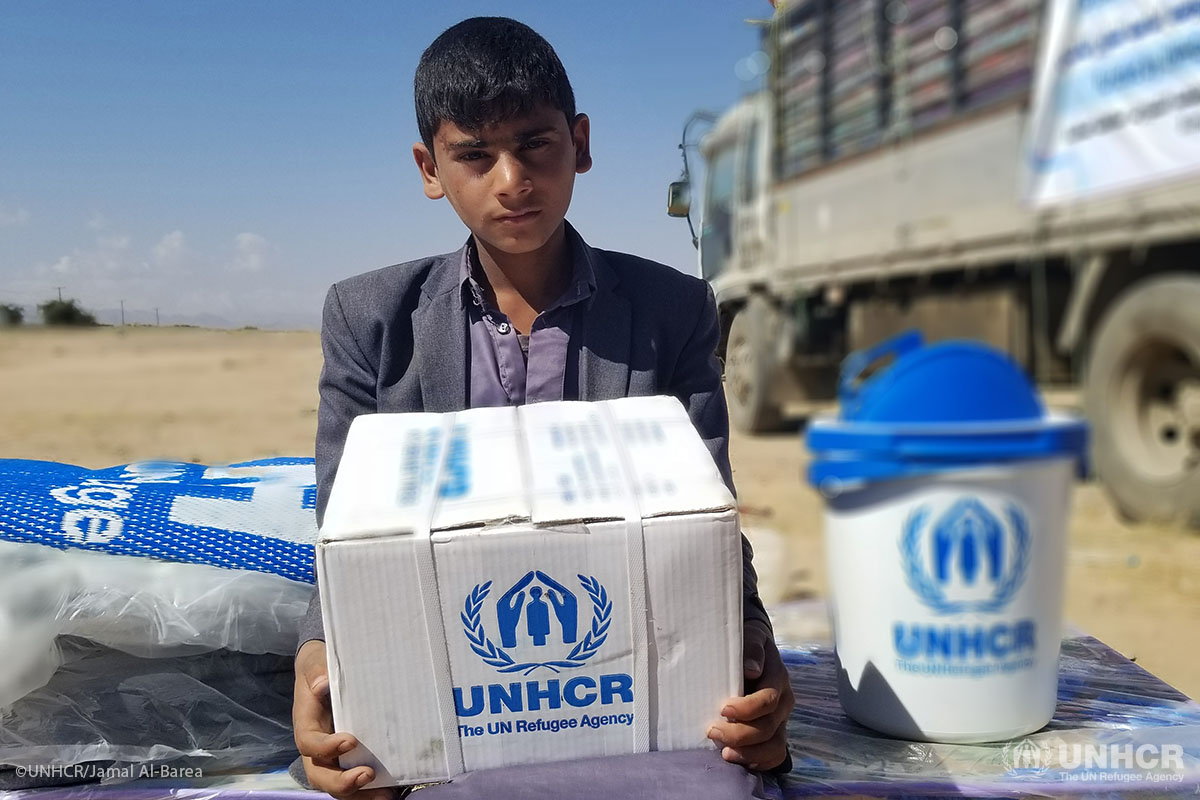 But as the conflict in Yemen reaches its fourth year, the humanitarian crisis in the country extends well beyond Aden. Nearly 80 percent of Yemen’s population require some form of aid and more than 3 million people are currently displaced, up from 2.2 million in 2018. Indiscriminate attacks on civilians are also on the rise, triggering mass displacement, widespread hunger, disease outbreaks and rapid economic deterioration. On average, nearly 100 civilians were killed per week in 2018. Children accounted for one-fifth of those deaths.

UNHCR is on the ground offering support, providing cash assistance, core relief items and emergency shelter kits. In Aden, UNHCR partnered with the local water and sanitation authority to unblock and maintain overstrained sewage systems. And in Kharaz, a refugee camp in southern Yemen, lanterns and kerosene were distributed to more than 800 refugee families, ensuring access to safe and reliable lighting. 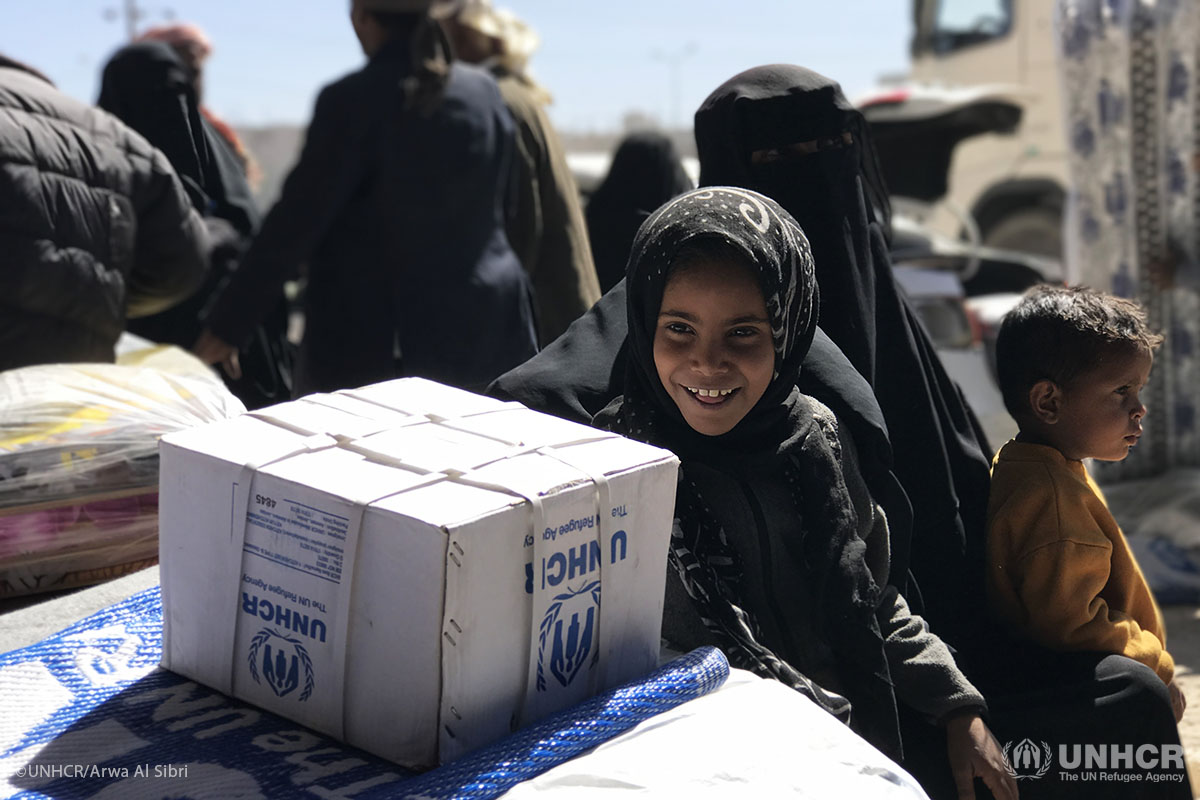 In total, 1.2 million internally displaced people received core relief items or cash assistance in 2018. But with 24 million people in need, we must strive to do more in 2019. Thanks to our donors, UNHCR has been providing protection assistance and services to the most vulnerable, but that population is growing at an alarming rate.

For Khaled’s sake and for the millions of children like him, we must find durable solutions and continue to expand lifesaving support in Yemen. Together, we can seek a future where Khaled’s bright smile matches his surroundings.

Monthly giving is the best way to ensure UNHCR has the tools to provide immediate protection and long-term support. Please become a monthly donor today and deliver lifesaving support immediately when a crisis occurs and for as long as vulnerable people need help.