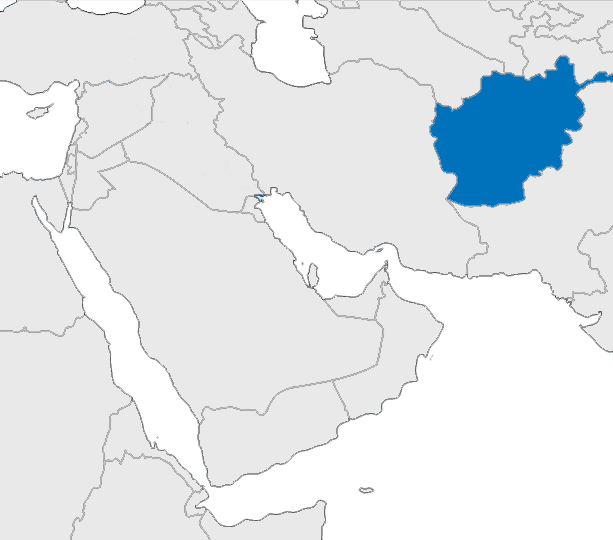 After more than four decades of conflict and instability in Afghanistan, an estimated 24 million Afghans are in need of humanitarian assistance. Of the more than 6 million Afghans who were forcibly displaced from their homes by the end of 2021, 3.5 million were displaced within Afghanistan while 2.6 million were hosted as refugees, accounting for one of the largest protracted refugee situations in the world.

1. Why have people from Afghanistan been forced to flee?

2. Where are Afghan refugees fleeing to?

3. How long are most Afghan refugees displaced for?

4. What are some of the greatest challenges displaced people from Afghanistan face today?

5. What is UNHCR doing to help newly displaced Afghans and Afghan refugees?

6. Are there resettled Afghan refugees in the United States?

Why have people from Afghanistan been forced to flee?

Afghans have suffered more than 40 years of conflict, natural disasters, chronic poverty, food insecurity, COVID-19 pandemic and most recently a changeover in government authorities. The events leading up to the Taliban’s takeover of Kabul in August 2021 intensified instability and violence in Afghanistan – causing even more human suffering and displacement.

Today, more than 6 million Afghans have been driven out of their homes or their country by conflict, violence and poverty. As the humanitarian crisis continues, the resilience of Afghans and their host communities is being stretched to the limit. Where are Afghan refugees fleeing to?

While a majority of Afghans are internally displaced, at least 2.7 million are forced across borders and live as refugees across 98 different countries. Afghan refugees are the third-largest displaced population in the world after Syrian refugees and displaced Venezuelans. The vast majority of refugees from Afghanistan are living in Pakistan and Iran, which continue to host more than 1.3 million and 780,000 registered Afghan refugees respectively. 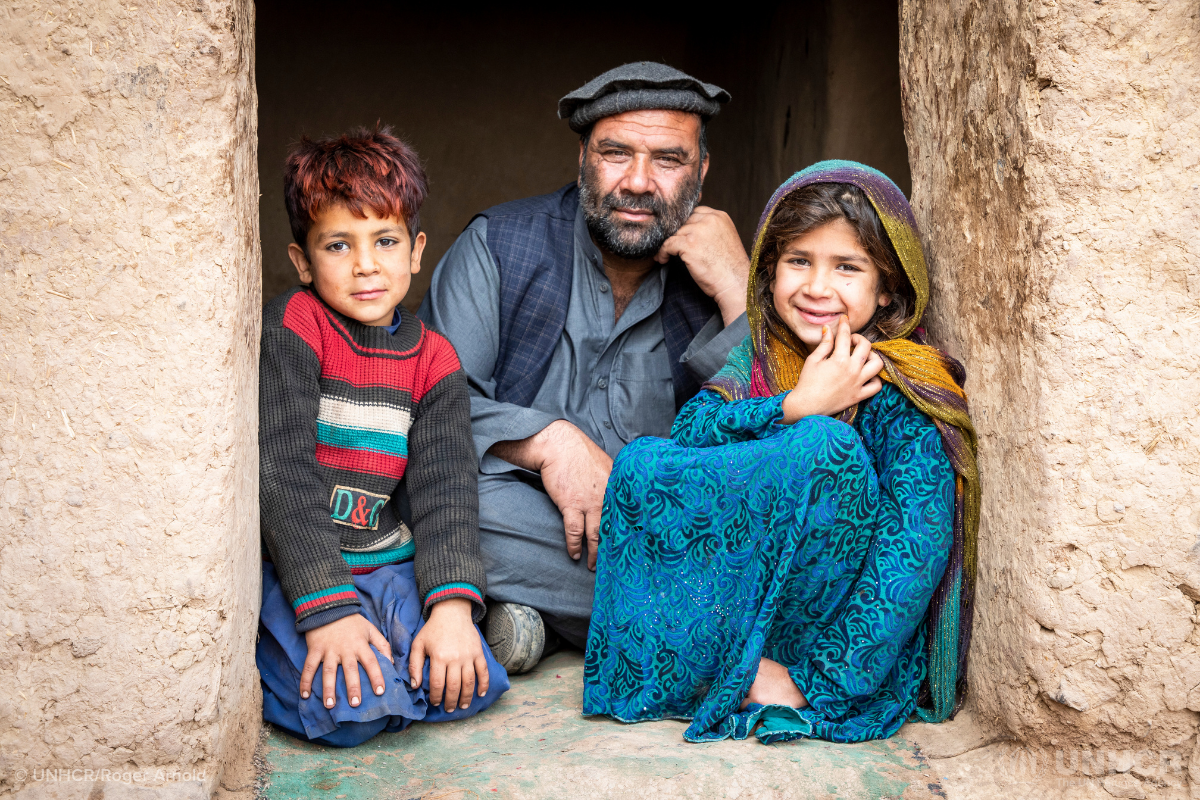 How long are most Afghan refugees displaced for?

Afghan refugees continue to make up one of the largest and most protracted displacement situations under UNHCR’s mandate. The prolonged nature of the crisis has prompted intensified efforts to support Afghan refugees and the host communities in Iran and Pakistan that have generously accommodated them for over four decades. These efforts include initiatives to facilitate their voluntary return and sustainable reintegration that aims to find solutions for refugees and provide support to host countries.

“Afghanistan’s displacement crisis is one of the largest and most protracted in UNHCR’s seven-decade history. We’re now seeing a third generation of Afghan children born in exile,’’ says UN High Commissioner for Refugees Filippo Grandi. What are some of the greatest challenges displaced people from Afghanistan face today?

Four decades of conflict and instability in Afghanistan have left millions of people on the brink of hunger and starvation. At least 24 million Afghans are in need of humanitarian assistance due to hunger, the collapse of the country’s economy, climate crisis, lack of development aid and freezing wintertime temperatures.

The impact of the conflict on women and children has been particularly devastating — 80 percent of newly displaced Afghans are women and children. The fundamental rights of women and girls are under threat and many children are out of school. Nearly 23 million people, or more than half of Afghanistan’s population, suffer from acute hunger.

In addition to the ongoing conflict, Afghanistan has been impacted by recurrent natural disasters including droughts and earthquakes. In June 2022, the worst earthquake to hit the country in the last twenty years struck Afghanistan, killing at least 1,000 people and injuring many more. The Afghan population has been pushed to the limit by prolonged conflict, high levels of displacement, the impact of COVID-19, natural disasters and deepening poverty. What is UNHCR doing to help newly displaced Afghans and Afghan refugees?

UNHCR is committed to staying and delivering in Afghanistan. UNHCR and partners are assisting the most vulnerable Afghans with emergency shelter, food, health, water and sanitation support, cash assistance and psycho-social support within Afghanistan and neighboring countries.

UNHCR stayed throughout the Taliban takeover and rapidly scaled up its operation, providing lifesaving support to over 916,000 people in 2021 through emergency programming — including the provision of tents, cash, hygiene kits and other essential items.

UNHCR also helps by facilitating voluntary repatriation for Afghan refugees from Iran, Pakistan and other countries, once it is established that their return is voluntary, safe, dignified and durable. Since 2002, UNHCR has supported the return of over 5.3 million refugees to Afghanistan. In 2021, at least 790,000 internally displaced Afghans and 1,400 refugees returned home.

Afghan returnees are provided with cash grants to help address their immediate needs, as well as basic health services like malnutrition screening and vaccinations, mine risk education, information on school enrollment and overnight transit assistance. They are also assisted with reintegration into their communities. 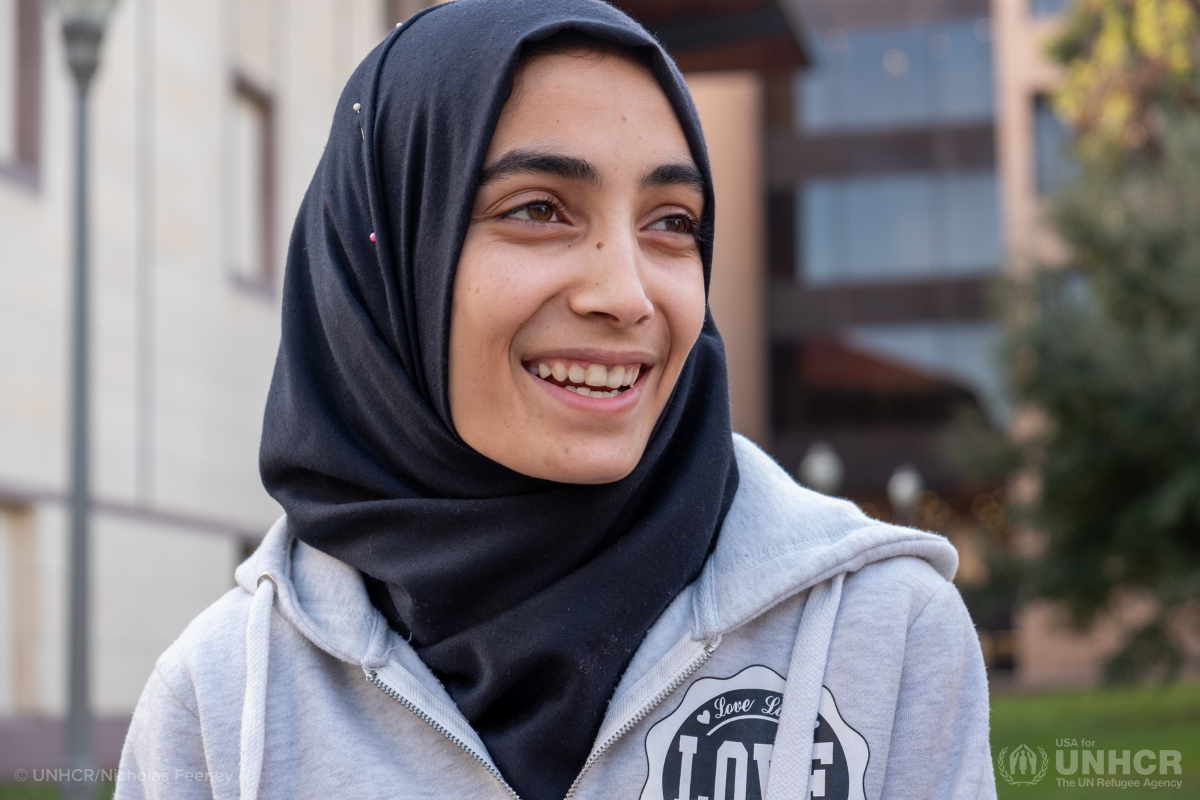 Are there resettled Afghan refugees in the United States?

The United States has a long history of welcoming refugees, including Afghan refugees. Some of those who have been resettled are Afghan nationals who served as translators or interpreters during the U.S. mission in Afghanistan. Due to their employment with the U.S. government, many faced serious threats to their safety following the Taliban takeover of Kabul. They have come to the U.S. seeking safety for themselves and their families and have been resettled in communities where they are now thriving. Fatima is a shining example of a young Afghan refugee who is building a better life in the United States.

UNHCR is on the ground providing urgent aid, such as food, shelter, clean water and medicine. Your gift will have an immediate impact on displaced Afghan families who are escaping conflict and persecution. Start making a lifesaving difference and make a donation today.