Climate change is the defining crisis of our time and nobody knows this better than refugees living in “climate hotspots.'' A majority of refugees and displaced people are being hosted in low-and middle-income countries where they’re facing the compounding effects of conflict, COVID-19, poverty, food insecurity and the climate change crisis.

This Earth Day, we are highlighting stories of refugee women across the world who are supporting their families and leading on climate action in their communities. 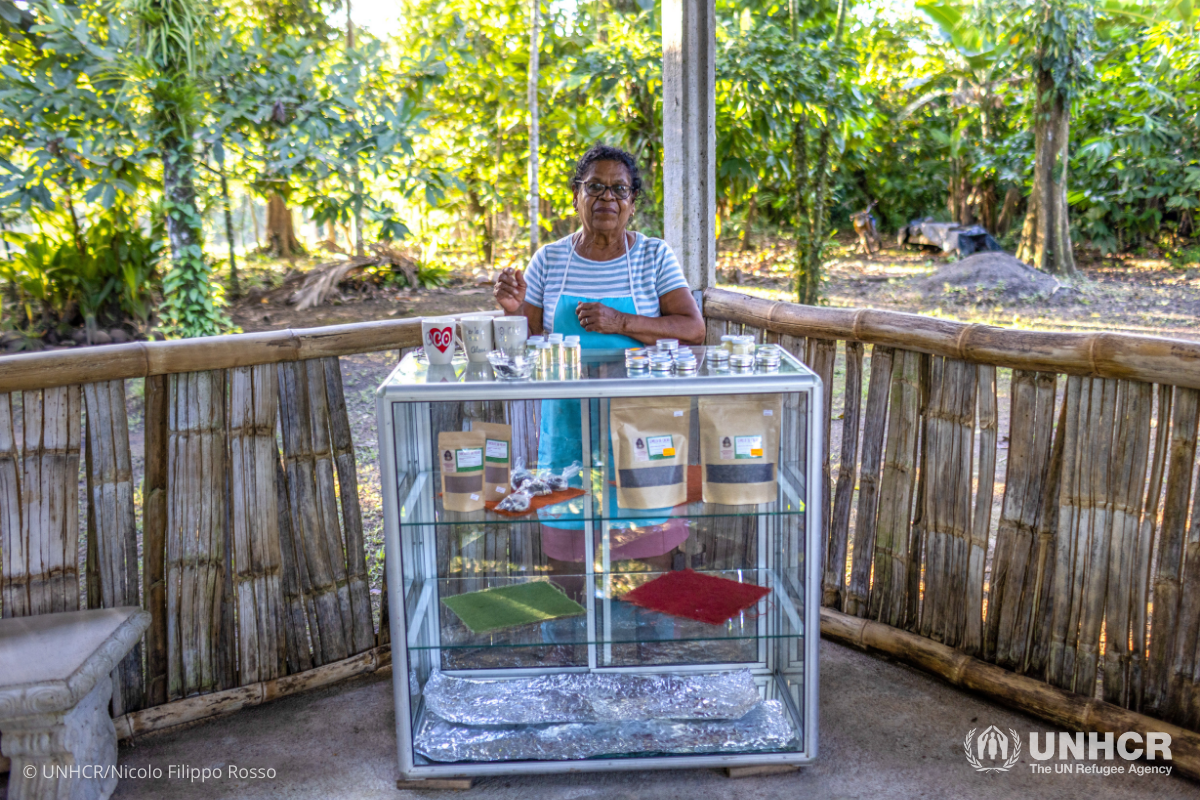 Near the border with Nicaragua on an 18-hectare plantation in northern Costa Rica, Vicenta González and her all-women cacao cooperative, Cacaotica, are using their skills to build empowerment, achieve financial security and protect the environment. Though she isn't a refugee, Vicenta has a long history of helping refugees from her country.

Cacaotica launched in 2015 after Vicenta attended a training course on preventing domestic violence. There, she met a number of women who were survivors of domestic violence. All of them were either local Costa Ricans or refugees who had been forced to flee from Nicaragua due to widespread persecution.

Together, the women worked to cultivate the once-blighted cacao trees on Vicenta’s plantation and harvest the beans to make products like chocolate bars, toffee and hand lotion. All of their products are certified organic and sustainably made, avoiding the use of fertilizers and pesticides in favor of compost made from cow patties and dead bark and leaves shed by the cacao trees.

“Being in the cooperative has really shown many of us that we have the skills to succeed and to be leaders,” says Dara Argüello, a member of the collective, “it has also shown many of us who have been really affected by machismo that there are other ways of living.” 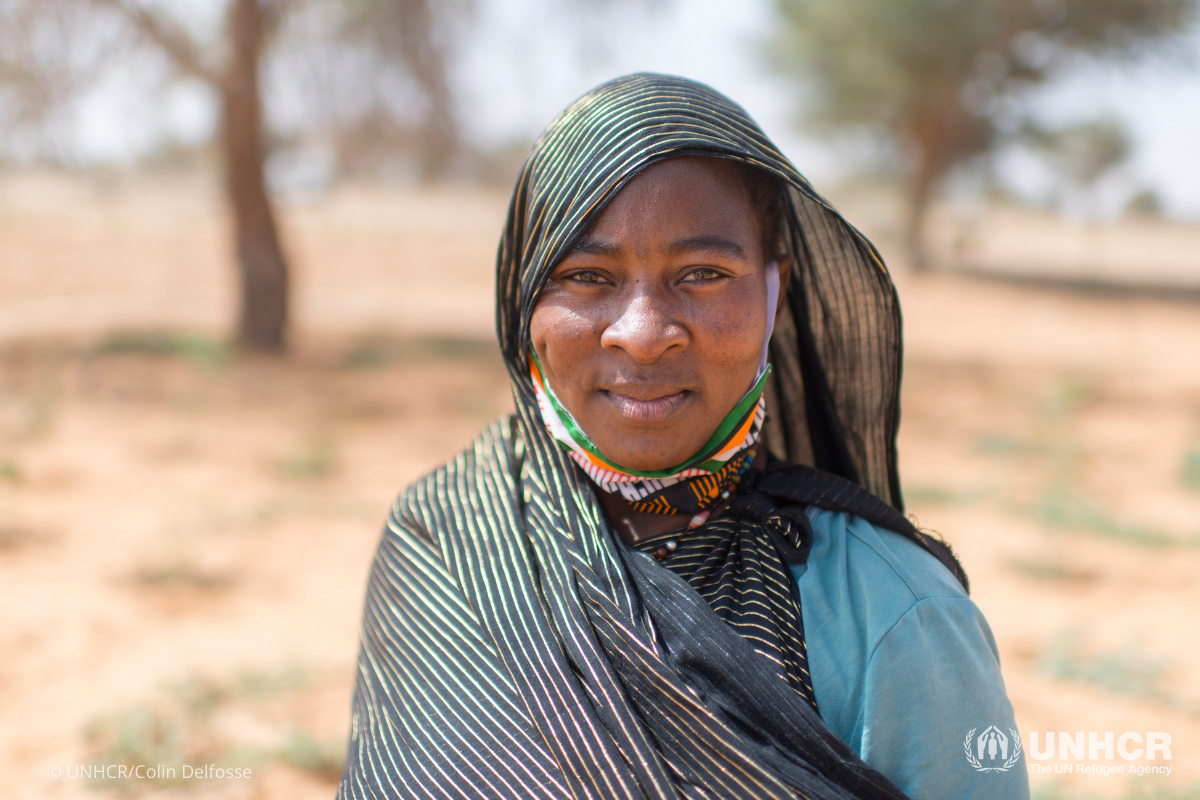 Rabi Saley fled Mali to escape armed attacks, finding refuge in Ouallam, a town north of Niger’s capital. Alongside a community of 450 women—composed of locals, refugees from Mali and others displaced by conflict in Niger—Rabi is rebuilding her life and combating climate change through the market garden project.

More than 250,000 refugees, mainly from Mali and Nigeria, have found refuge in Niger after escaping armed attacks in their hometowns. When Rabi first arrived in Ouallam, she was scared and uncertain about her future. But by working together with other displaced women, Rabi has turned the once dusty plains of Ouallam into a green oasis.

The produce the collective grows—potatoes, onions, cabbages, bell peppers and watermelons—helps to feed their children and provide an income by selling their produce at a local market.

In addition to empowering its members, the market garden project is cultivating a large area of once degraded land. The women are planting trees and using drip irrigation to minimize water loss in a region where temperatures are 1.5 times the global average.

“We did this … all together with the different communities: the refugees, the displaced and the local community of Ouallam. We are very happy to work together,” says Rabi. 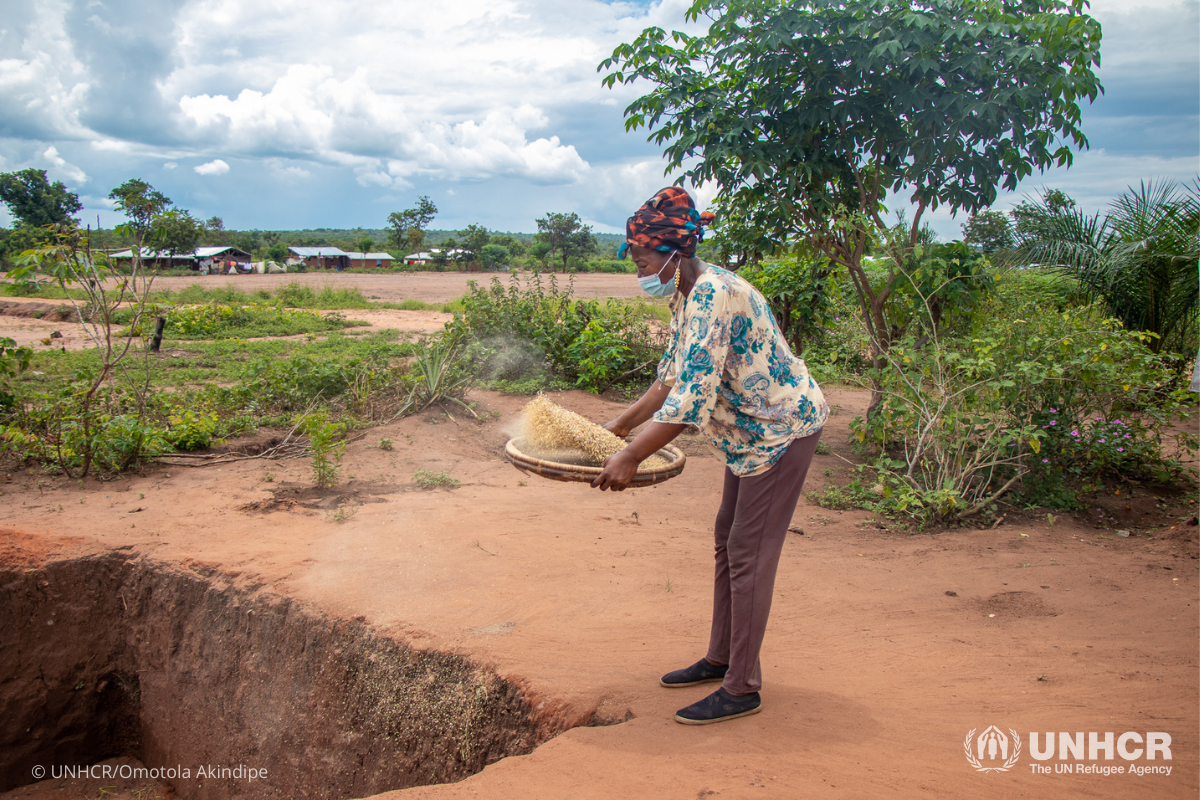 On a large 10-hectare rice farm near the Lôvua settlement in Angola’s Lunda Norte province, Antoinette runs an agricultural association with 30 other refugee women who are using their farming skills to cultivate an area that was previously not used for farming.

Antoinette, or ‘Mama Antho’ as she is affectionately called, was forced to flee from the Democratic Republic of the Congo (DRC) to Angola. When she first arrived, she realized the area was not suitable for growing rice and worked with the host community to devise a plan to cultivate the area. Now, Antoinette and the other women oversee large rice farms—they are the largest rice producers in the province.

Their efforts have gained the trust and respect of local Angolans who have learned how to cultivate rice and increased their income from working on the farms. The farms have also improved environmental conditions in the region by providing an alternate source of income that reduces the need to chop down trees for firewood and charcoal.

“We have been here since 2017 and during this time, we have created good relations with the host community,” Antoinette says. “We negotiated for access to some farmland near the river that we turned into rice paddies. All over the province, people are calling me because they want to buy our rice!” 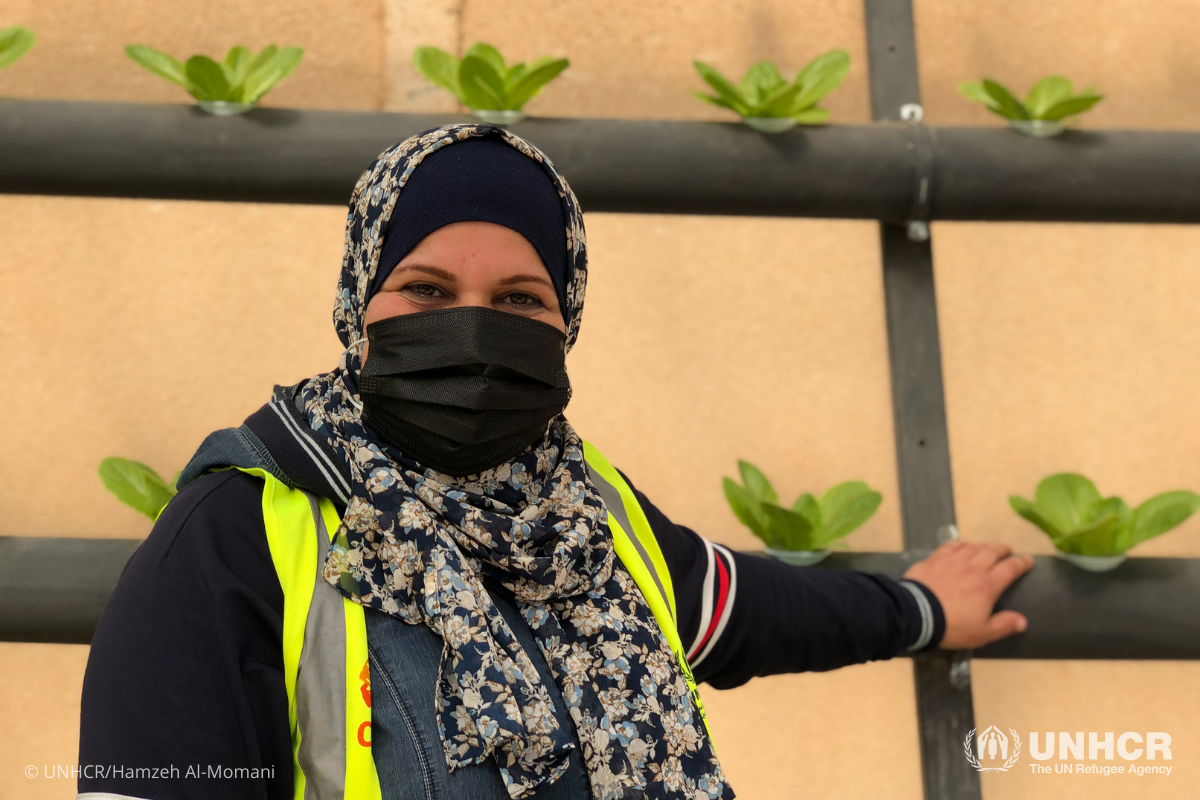 The arid climate and dry soil in northern Jordan where Azraq refugee camp is located make traditional farming a difficult undertaking. With more than two-thirds of the region covered by desert, water scarcity poses a major problem for growing. But in these challenging conditions, Syrian refugees have found a way to turn their arid land into an unlikely place of cultivation.

Ezdihar is a Syrian refugee volunteering for a hydroponic project supported by UNHCR Jordan that encourages refugees to grow their own fruits and vegetables. In Syria, she used to grow her own vegetables and draws on that experience in the camp now. “Even here in the camp, I have created gardens from nothing even though the soil is not the best for planting trees,” explains Ezdihar.

Unlike traditional agriculture, hydroponic systems use 60 percent less water and is the most sustainable method for growing crops in the arid climate of northern Jordan. The hope is that the project can be expanded to a larger scale so more Syrian refugees can sell the fruits and vegetables they grow and create an income for their families.

Ezdihar understands the importance of growing crops sustainably saying, “Hydroponics help us save resources, sustain the camp and fight the global climate crisis.” But the project is not only helping Syrian refugees fight climate change and save much-needed natural resources like water, it is also empowering women to support their families and communities.

“I feel productive and a part of the community through working on this green project,” says Roqaya, another volunteer working on the project, “We can’t do everything to tackle climate change, but we can help and do our part. Women can bring a lot when it comes to recycling and creating sustainable projects, at home or at work.”