Finding my voice: My journey from refugee to medical student

Abdallah is the featured story from USA for UNHCR’s Refugee Youth Storyteller’s Celebration, an opportunity to honor and recognize the creative voices of former refugees under the age of 30 who are now living in the United States.

"Stay away from the windows!” my first grade teacher shouted as the school shook from an explosion. The windows shattered into a million crystal shards. I was the target.

Through the suffocating smoke, I crawled outside the burning classroom lightheaded. I held onto my teacher, afraid of being left behind, afraid of inhaling the smoke or the smoke inhaling me. I saw flames outside the window and shards of glass over my friends’ bodies. I never saw them again.

A few weeks before the bomb, my father received a death threat for notifying American forces about a government torture facility. His patriotism put our family in mortal danger. It cost him, and our family’s future in Iraq -- and very nearly our lives.

I hid in an empty fridge under the stairs during air raid sirens. I overheard my parents talking in the living room. My mom said, "We have to leave. Iraq is not safe anymore.” When I heard that discussion, I was a child -- the next day I became a refugee.

We fled to Jordan and for eight years lived with no citizenship, no health insurance and very limited opportunities. While a refugee, I learned to play the guitar. I was finding my voice through music. As I healed, I was becoming more aware of those around me, and I grew a desire to help ease their physical and emotional suffering. It was in Jordan that my dreams of one day becoming a doctor began to take shape.

In 2013, after eight years of living as refugees, my family was accepted to resettle in the United States. We landed at the JFK airport and after six hours of background checks, the immigration officer said, “Welcome to America.” 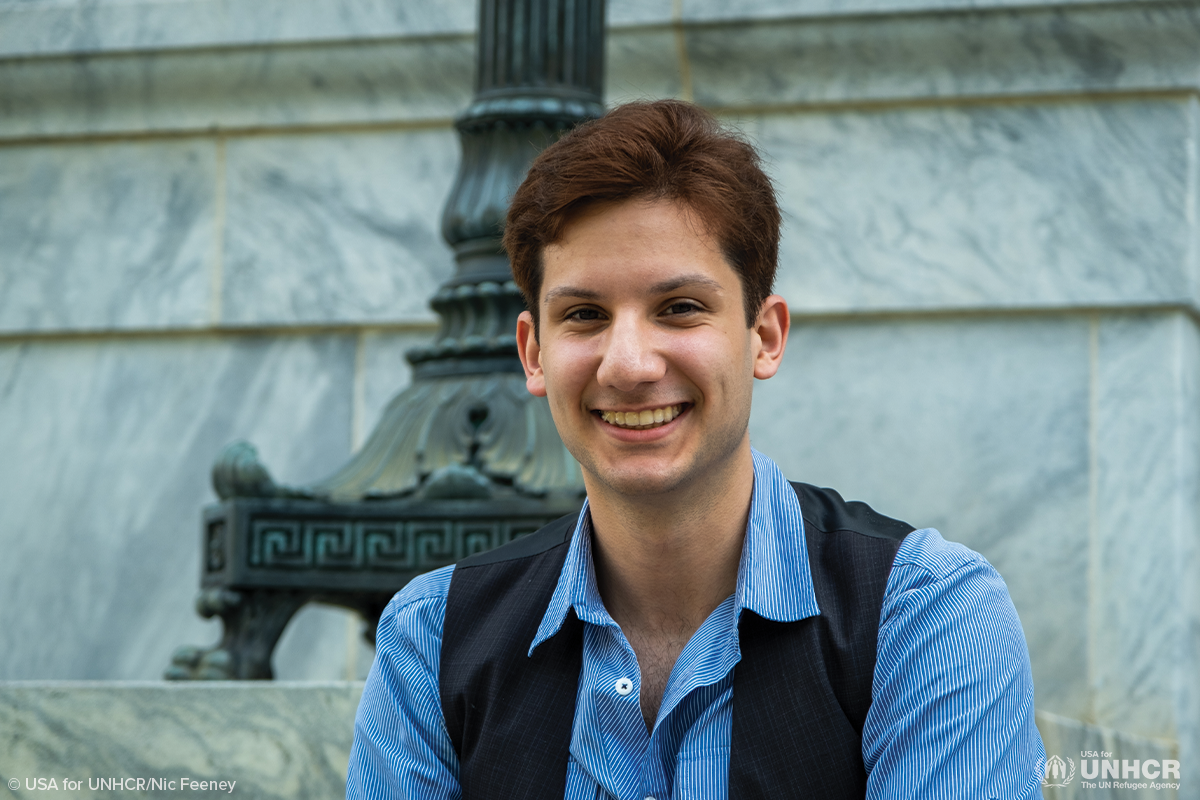 We moved to Winder, Georgia, and at first, I had the feeling that I was losing my voice again. Before I even started school, the board of education decided it was impossible for me to pass the state tests and suggested I repeat 9th grade. But I was hungry to move forward and I petitioned the school board to let me take the state exams. I taught myself English by reading the dictionary, and word by word, I learned English, and passed all the exams. I was finding my voice again, this time in another language. A few short years later, I graduated as the student body president and was accepted to Emory University.

At Emory, I began volunteering as a medical interpreter at a clinic in Clarkston, Georgia. One of my first experiences as an interpreter was with a refugee from Syria. He arrived at the clinic disoriented and spoke no English. At that moment, I was helping him find his voice.

“He’s on Lisinopril, Bisoprolol and Aspirin,” I told the doctor. I listed his medications and medical history. He said “shukran,” Arabic for thank you, to me. I said to him in Arabic, “I too once spoke no English. I am here for you.” Then we talked about his favorite foods and his family. It mattered to me to learn about him and to try and help him feel more comfortable in that moment.

Volunteering as an interpreter at the clinic only fueled my interest in pursuing a career in the medical field. Although still a college student, I wanted to do more. I became an EMT.

My first patient had a cardiac arrest. I got the call over the radio, “Med 67 you are dispatched to a house fire!” There was no house, only flames. This smell of smoke was familiar.

Flashbacks leaked into my mind as if I were standing in my classroom again. A woman lay on the grass. Motionless. I started CPR. With each compression, my hands would slide on her burned skin, “1, 2; 9; 29…” Sweat was dripping from inside my gloves as we got to the ER. I did everything I could, but I could not save her.

The realization of my own powerlessness was humbling. Sometimes, even doing everything right is not enough, and that is okay. 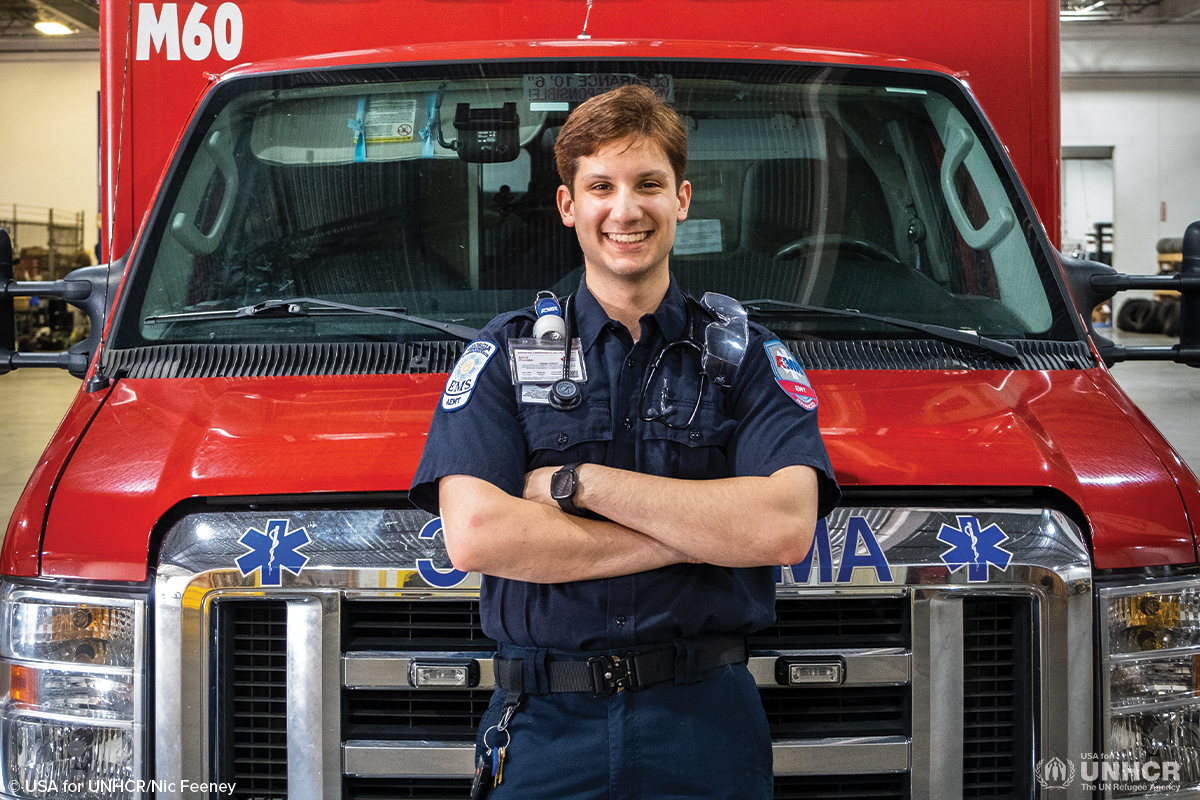 Soon after beginning my job as an EMT, the COVID-19 pandemic gripped the world. I was now a first responder working in the midst of a global pandemic. In the last year, I’ve not only witnessed the disparity of healthcare in different communities in Georgia but experienced how unprepared and under-equipped we were at times to safely do our jobs during a public health crisis as first responders. My hope for the future is to become a doctor and care for my patients, but I also want to be part of a movement that creates a system where no one feels left behind.

The culmination of everything I have experienced in life, medicine is my commitment to science and to people. Healing takes time: even with music, it took me years to overcome the stigma of being a refugee, and the trauma I faced as a child. At the heart of every patient interaction is my desire to listen, as a human, and help the other person find their own voice. 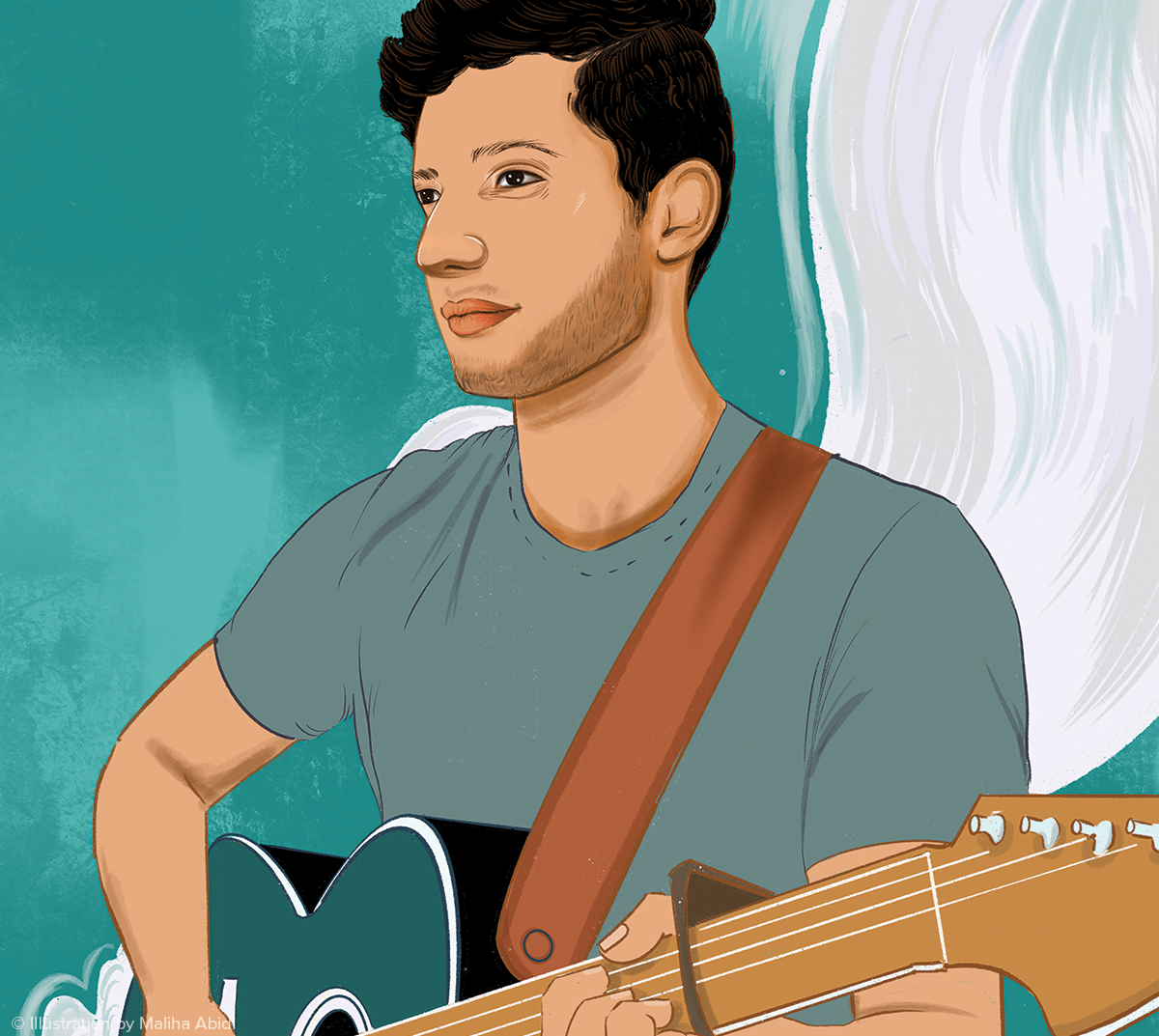 I traveled 7,000 miles for a chance for a new home, for a future. Not many refugees are as lucky as I am. I am one of the few refugees given another chance. In 2019 I became an American citizen, and I’m so happy about that, but I still think of everything I lost. Like my family home in Iraq. We had a garden filled with white gardenias that I used to play in as a kid. Still to this day, when I want to think about Iraq and my childhood, I light a gardenia-scented candle and for those moments I’m back in our courtyard.

Today, I am grateful for where I am. The dream of becoming a doctor that began to take shape as a child in Jordan is becoming a reality. I was recently admitted to the Tufts University School of Medicine. There is a lot more to do but I know with hard work, and support from family and friends, I will find my voice once again, this time, as a doctor.

Abdallah's story is just one voice from the Refugee Youth Storyteller’s Celebration we are sharing in recognition of World Refugee Day on June 20.