Meet the refugee on the frontlines of the U.S. COVID-19 medical response 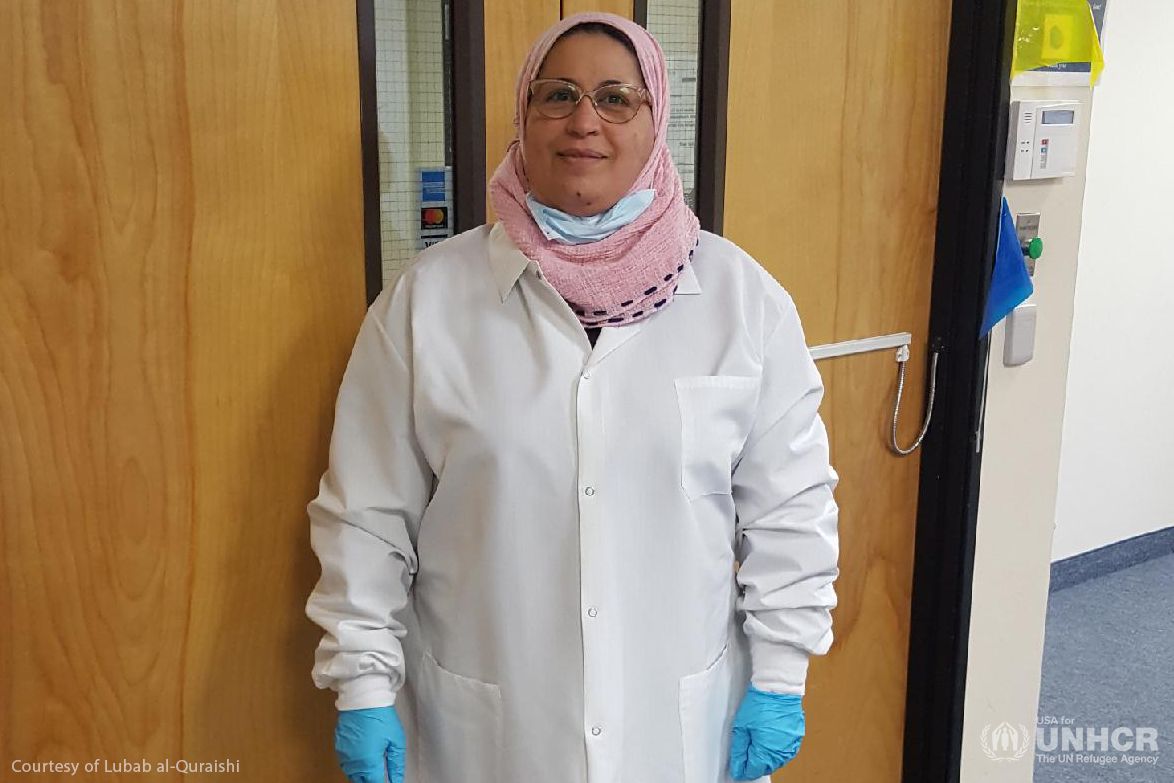 Lubab al-Quraishi has been on the frontlines of the COVID-19 crisis since the beginning. Employed as a certified pathologist assistant working in a laboratory in New Jersey, when the opportunity to help during the crisis presented itself, Lubab jumped right in. “If you can help, if you have the capability, please do it because the help is needed,” she shares.

The focus of her work shifted in March, and she moved from the lab to administering hundreds of coronavirus tests a day at a drive-through testing facility.

This is not the first time Lubab has stepped up to help in a crisis. Until 2014, Lubab was a medical doctor specializing in surgical pathology and Assistant Professor of Medicine at Baghdad Medical College. Part of her duty at the college was to take weekly rotations in the emergency room during the height of the war in Iraq. “We dealt with people who were exposed to bombing,” Lubab recalls. “They would bring like 50 people in together.”

The war made Baghdad extremely unsafe and Lubab and her husband feared for the lives of their two young daughters. Lubab had heard that the families of doctors in Iraq were being targeted. She heard of doctors’ children being kidnapped. She was scared. After years of escaping violence and fleeing from one home to another in Baghdad, the family received news that they were approved for resettlement to the U.S.

The family arrived to Houston, Texas on March 19, 2014. It would be more than three years before Lubab would work again in the medical field.

The transition to life in America was difficult at first. After months of volunteering at hospitals it became painfully clear to Lubab and her husband (also a medical doctor) that they would have to start over. “We started to look for something correlated to the medical field. But nobody gave us a chance to work.”

Lubab balanced cashier jobs at CVS and fast food restaurants while continuing to seek any way back to the medical field. In 2018, Lubab learned about a pathologist assistant position opening at a lab in New Jersey and applied. She landed the job and the family moved from Texas to New Jersey. A few months later, her husband also was employed at the lab. While overqualified for the position, the job was the long-awaited chance to re-enter the medical profession.

The family settled into their new life in New Jersey. Her daughters continued to excel academically and life started to be less uncertain and more stable.

Fast forward to March 2020, coronavirus numbers are surging in the U.S., particularly in the New York area. As the virus spread, the need for tests increased, as did the need for highly trained medical professionals. On April, 1, 2020, New Jersey Governor Phil Murphy signed an executive order granting temporary medical licenses to doctors licensed in foreign countries. 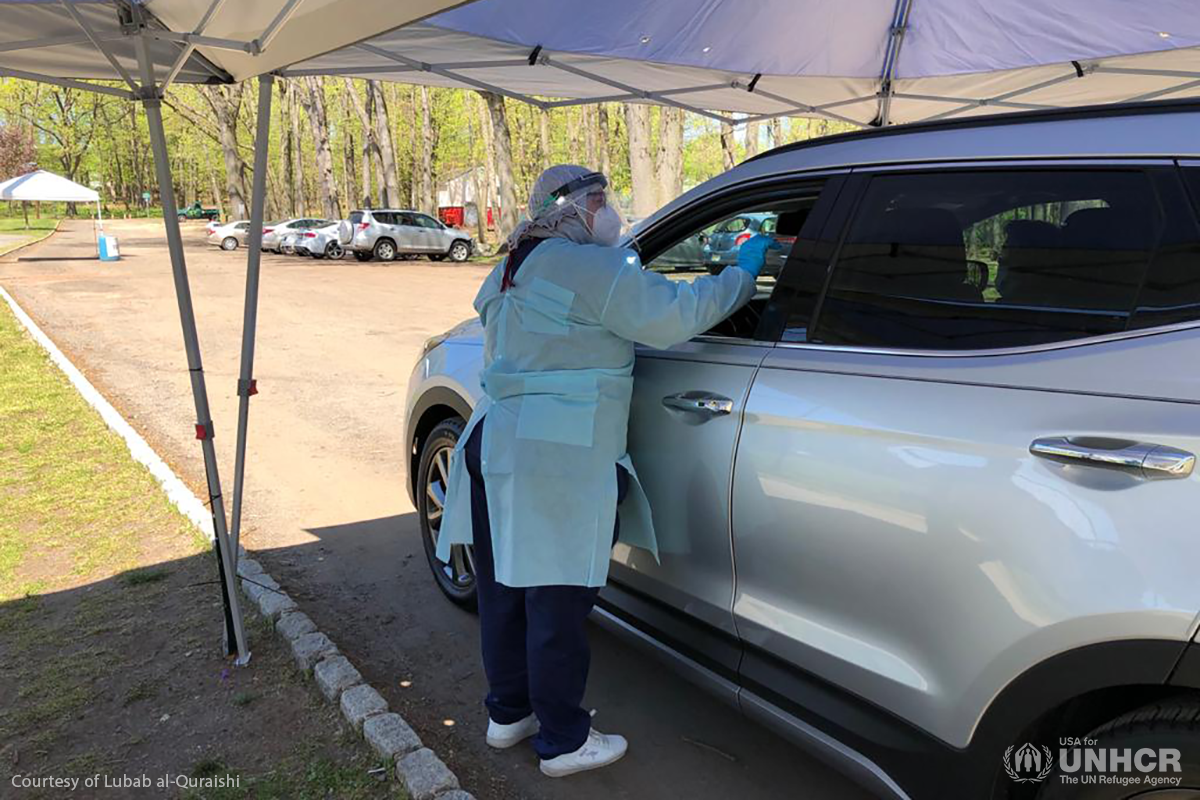 Soon after the executive order passed, Lubab received her temporary medical license. She’s now leading a team administering coronavirus tests in nursing homes. The temporary license is only valid for six months but may be extended if the crisis continues.

Lubab is hopeful that she will be able to continue practicing medicine. “Now you realize that there are international physicians here and now you recognize that we can help. [Refugees] went through way more difficult situations than this, we can handle COVID-19.”

Want to do more? The UN Refugee Agency is on the ground ensuring health and safety for refugees – but we need your help. Donate today and help rush critical supplies like medicine, clean water, hygiene supplies and personal protection kits to desperate children and families.