Nearly 1.2 million Iraqis continue to be internally displaced, and the country hosts over 250,000 refugees from other countries.

4.1 million Iraqis are in need of humanitarian assistance and protection while some 2.4 million people are in acute need of assistance.

While nearly 5 million former IDPs have returned, these returnees live in substandard living conditions and require assistance and support to meet basic needs.

About the Crisis in Iraq

After decades of conflict and widespread violence in Iraq, nearly 1.2 million Iraqis continue to be internally displaced. 90 percent of the displaced population have not been able to return home for over 3 years, and 70 percent have been displaced for more than 5 years. While IDP returnees consistently outnumber those who are internally displaced, many struggle to reintegrate and still require humanitarian assistance.

Although armed violence has declined in some parts of the country, armed groups and small scale military operations continue to carry out unpredictable attacks throughout the country, resulting in new displacements. In addition to these attacks, COVID-19 has disproportionately impacted displaced populations, resulting in reduced incomes, increased gender-based violence, and disruptions to education.

It is estimated that 4.1 million Iraqis are in need of humanitarian assistance and protection while some 2.4 million people are in acute need of assistance. Of the nearly 250,000 displaced Syrian refugees living in Iraq, approximately one in five rely on UNHCR for healthcare services and essential needs.

Millions of families living in protracted displacement situations are reaching breaking point. They have exhausted their financial resources over the years and continue to face constrained access to basic services and critical protection risks. They are in desperate need of life-saving aid.

Omar, the big man in Mosul

How to Help in Iraq

Despite significant security risks and challenges accessing people in need, UNHCR is working around the clock to deliver lifesaving aid to Iraqis. Your gift will offer hope for a safe future.

What is UNHCR doing to help in Iraq?

The UN Refugee Agency is on the ground in Iraq and surrounding regions, working to protect and provide emergency relief efforts to refugees and internally-displaced people (IDPs). Together with partners and government authorities, UNHCR undertakes the following activities:

See all stories about the Iraq refugee crisis > 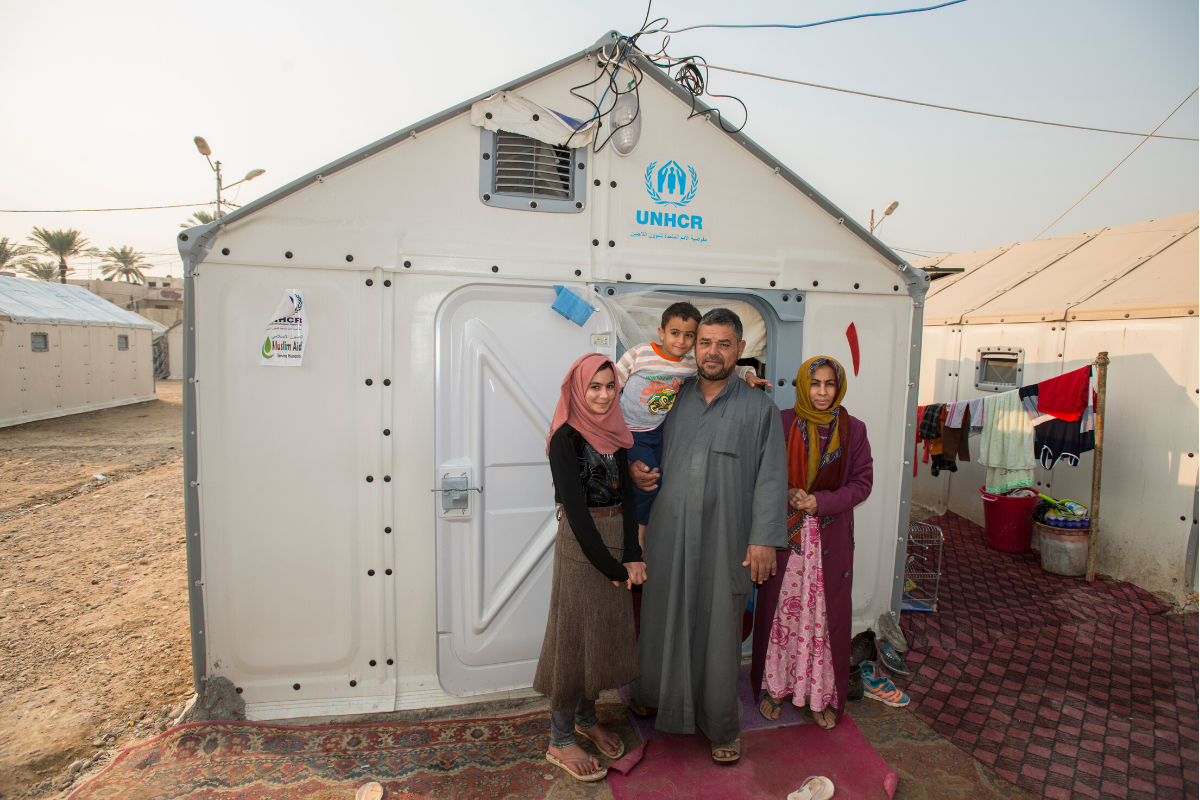 Hamid Abdelraza and his family stand outside their Refugee Housing Unit (RHU) in Al Jamea'a camp. 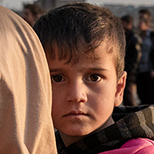