National Siblings Day: Refugee siblings support each other through hardships

The bond that refugee siblings share is unlike any other. After fleeing persecution and conflict in their home country and arriving in a new and unfamiliar place together, they cling to each other for support. Through shared hardship and unwavering support, the relationship between refugee siblings grows stronger with time. On National Siblings Day, here are stories of refugee siblings who are supporting each other and overcoming difficulties from displacement. 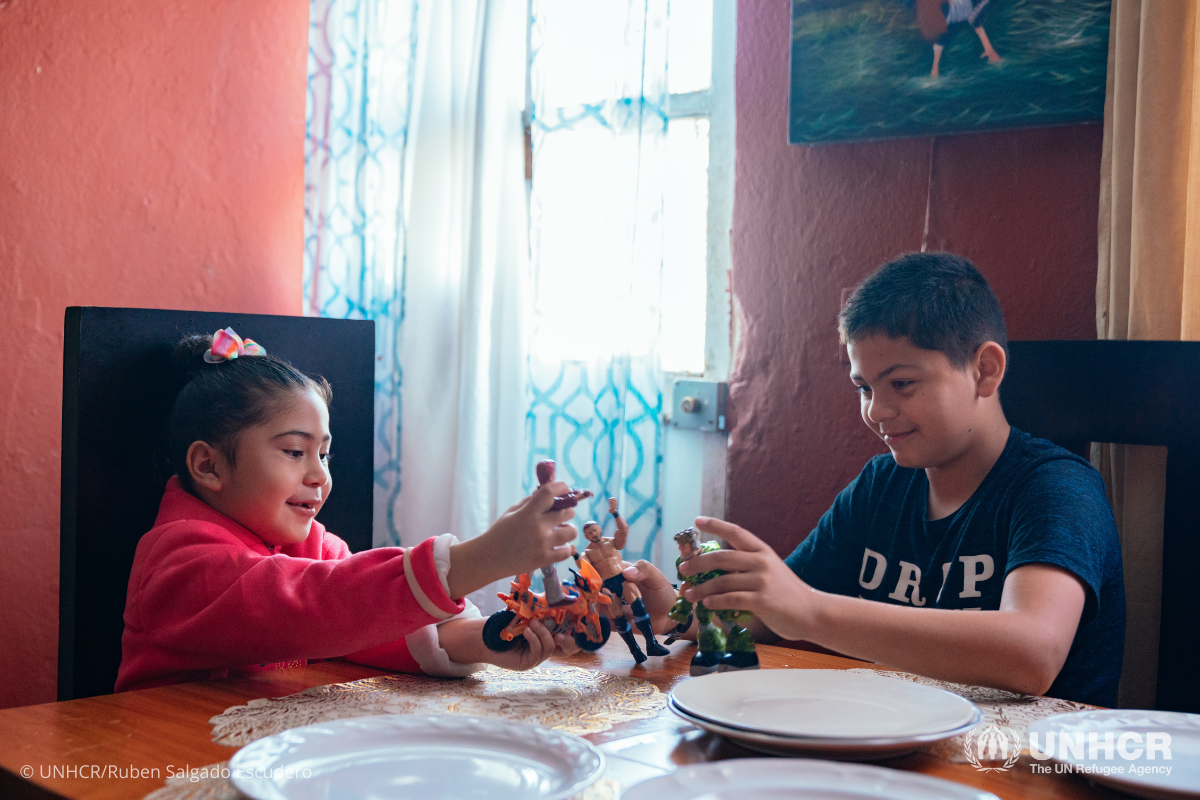 Although they’ve already experienced so much in their young lives after being forced to flee Honduras, 11-year-old refugee Javier and his 4-year-old sister Nelly still want to experience the joys of childhood together. Whether they’re playing with action figures at the kitchen table, riding bikes in the alleyway or swinging in the playground near their home—they’re happiest when they’re together.

Javier and his sister became refugees five years ago after their family was forced to flee from Honduras and arrived in Mexico. Although they’ve gone through many hardships, the family is now preparing to take the next step on their journey as refugees by applying to become naturalized Mexican citizens.

Despite the challenges Hassen and his family face as refugees, they’re now feeling more at home in Tunisia. Hassen, who is 11-years-old, is the oldest brother to his younger siblings Yese and Joud. The three brothers attend Sheera Bourguiba Primary School in Zarzis in southern Tunisia.

At school, the boys are not just seen as refugees but smart students with a bright future. Hassen likes to study and is especially interested in math and science because he wants to be a doctor. The schoolmaster is very proud of them, “They are excellent pupils and very disciplined.” 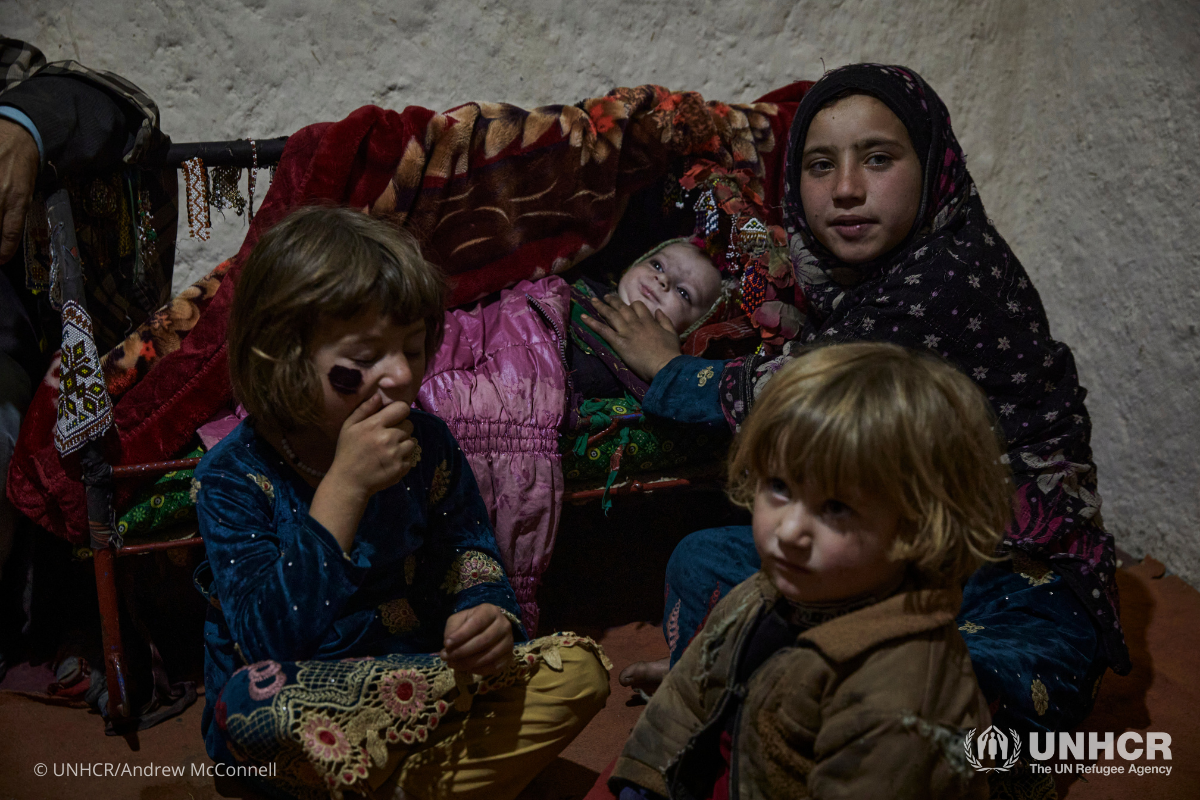 Razgul sits next to her younger sisters Fauzia and Aseela for warmth as she takes care of their baby nephew Umaid. As the oldest sibling, she is always looking after her younger siblings and family members.

Razgul and her family fled their home in Jalalabad four months ago and now live in a house in Kabul that was abandoned by its owner. Many displaced families like Razgul’s are living in such homes with the blessing of the owners on the understanding that they look after the property in their absence.

Although they have temporary accommodations, winters in Afghanistan are particularly difficult for displaced families. Razgul’s family depends on cash assistance from UNHCR to get through the tough winter. 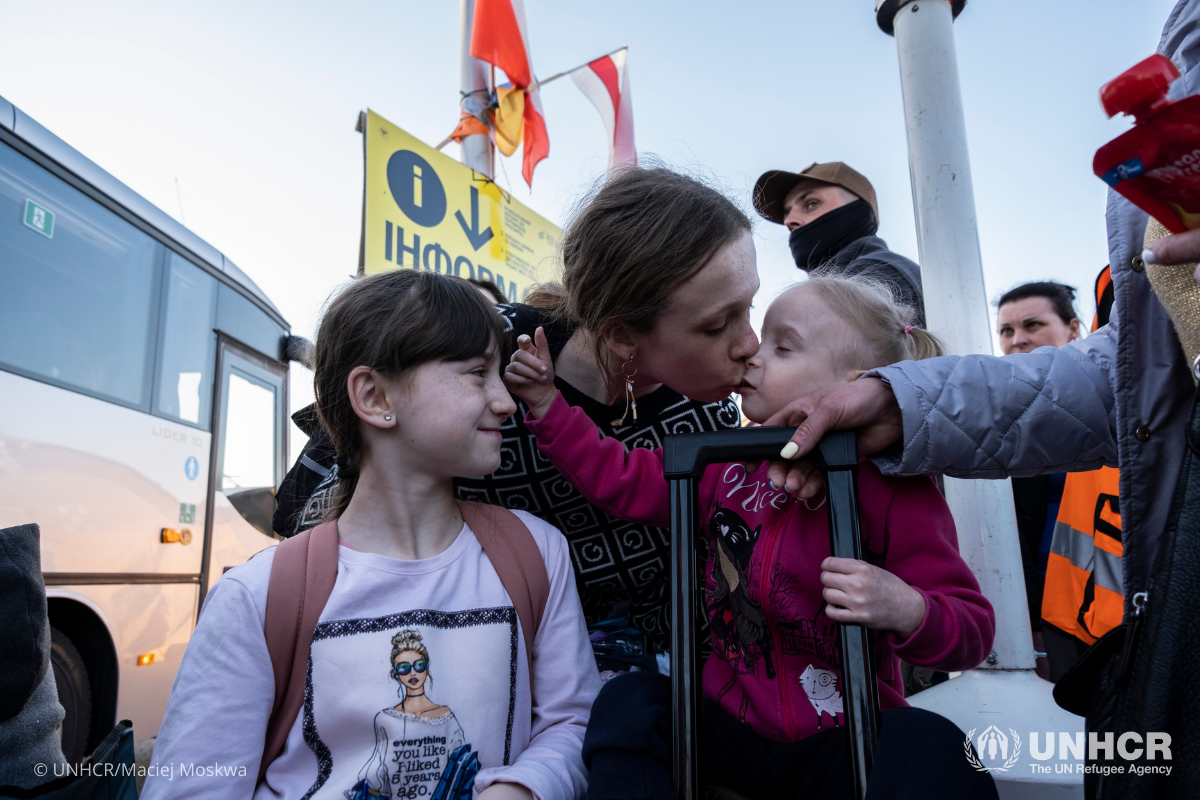 Roksana, the oldest of her sisters, has been supporting her mom Ivana in taking care of her younger sisters Helena, Amhelia and Vitalina during their journey. They fled their home in the western city of Ukraine, Ivano-Frankivsk, and arrived in Poland at the Medyka border crossing. Many families are facing uncertain futures after arriving in Poland and other neighboring countries but for now, Roksana and her family plan to head south for Katowice.