Global forced displacement is at an all-time high, increasing every year over the past decade. The Russian invasion of Ukraine and other emergencies, from Africa to Afghanistan and beyond, pushed the figure over the dramatic milestone of 100 million. Despite these alarming trends, UNHCR, the UN Refugee Agency, continues to support people forced to flee from war, violence and persecution at their greatest moment of need. Check out some key takeaways from UNHCR's 2021 Global Trends Report. 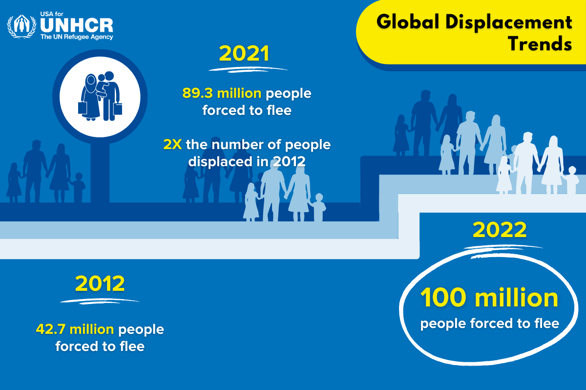 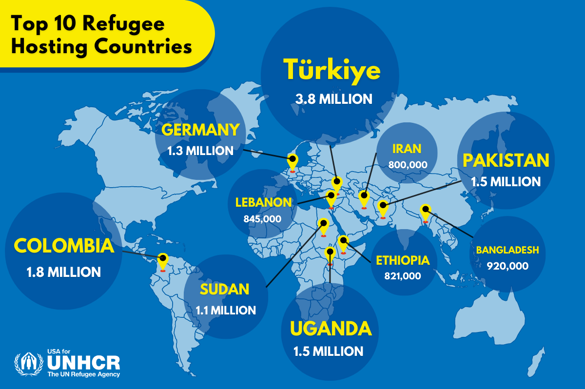 Since 2014, Türkiye has hosted the largest population of refugees in the world. By the end of 2021, the country remained the largest refugee-hosting country with more than 3.8 million refugees, or 15 percent of all people displaced across borders. An estimated 83 percent of refugees are hosted by low- and middle-income countries. 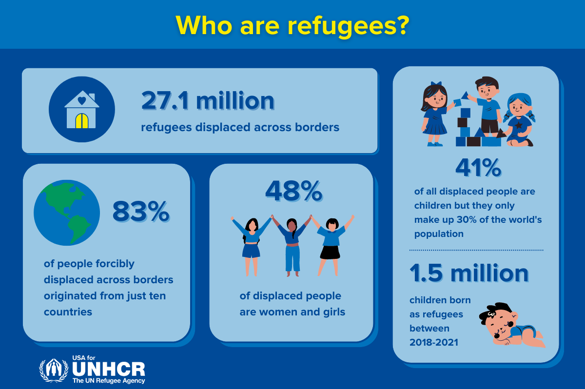 Children are overrepresented in the global refugee crisis, accounting for 41 percent of all forcibly displaced people but only making up 30 percent of the world’s population. According to UNICEF, displacement of children has reached record levels with 36.5 million children displaced from their homes in the past year—the highest number recorded since WWII. 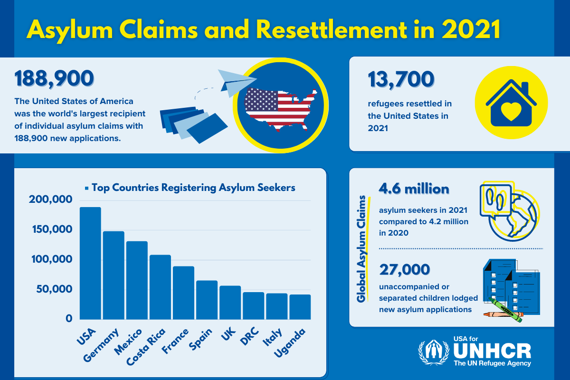 The United States was the world’s largest recipient of new individual claims with 188,900 applications in 2021. More than half of all new applications to the U.S. were lodged by nationals from just five countries in the Americas: Venezuela, Guatemala, Honduras, El Salvador and Cuba.

Show support for refugees and displaced people around the world by inspiring others to get involved through social media. Share these infographics with family and friends on Twitter, Facebook and LinkedIn and tag USA for UNHCR!

Humanitarian emergencies around the world have produced record levels of displacement and human suffering.

children, women and men displaced by spiraling crises around the world.

displaced by violence, conflict or persecution.

are hosted in countries affected by acute food insecurity and malnutrition.