A loss no parent should endure 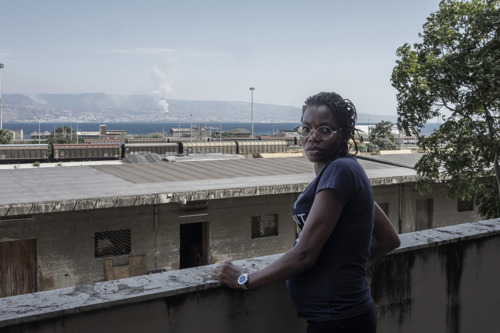 A mother and kindergarten teacher, Hope* fled the violence plaguing her home country of Nigeria with her daughters. They made the harrowing trek north over the desert to Libya, but only found more danger: “I had to lock my daughters inside the flat when I was going out,” Hope recalls.

Hope had no choice but to flee again — she paid a smuggler to transport her young family to Italy across the Mediterranean Sea. She and her three daughters, Mercy,* Faith,* and Charity* — none of whom could swim — were among 130 passengers who boarded a packed rubber dinghy without life jackets, or even a satellite phone to call for help. Part way through the crossing, the engine failed and they drifted, waiting to be rescued.

When a vessel came into view, 10-year-old Mercy said the last words her mother would ever hear: “Don’t cry, Mama. Rescue ship is coming.” The dinghy flipped over. Although Hope held onto 14-month-old Faith, she couldn’t save her baby from drowning. Charity, who is eight, was rescued, but her older sister was lost at sea.

More than two years after the lifeless body of Alan Kurdi, a three-year-old Syrian refugee, washed ashore in Turkey, thousands of people like Hope and her family continue to make the desperate journey to Europe. UNHCR, the UN Refugee Agency, can account for at least 8,500 people who have died or gone missing trying to cross the Mediterranean, an unknown number of them children like Faith and Mercy. Those who survive the journey are often victims of sexual violence, detention, torture and other human rights abuses.

Thanks to generous USA for UNHCR donor support, the UN Refugee Agency is helping these vulnerable women, men and children rebuild their lives — including Hope and Charity. Today, mother and daughter are under UNHCR protection in Italy, where Hope is seeking asylum.

Along with providing humanitarian aid to refugees in need, UNHCR is also calling on the world’s leaders to:

No mother should endure the grief of losing her children — especially while fleeing violence and persecution. You can make sure Hope does not suffer in vain. Help more vulnerable refugees by joining USA for UNHCR’s monthly donor program. Make your first monthly gift today.