After a harrowing journey, a mother and two young children find refuge at a shelter in Juarez

The Kiki Romero shelter in Juarez, Mexico is a gymnasium that has been converted into a makeshift shelter to accommodate up to 200 people who have been sent back to Mexico after attempting to seek asylum in the United States. Rows of cots and bunks beds occupy the floor of the basketball court and temporary dividers have been set up to provide a bare amount of privacy for families. The overwhelming majority of those passing through the shelter are women and children.

In October, USA for UNHCR staff traveled to Mexico to meet asylum-seekers from Central America who have fled violence and persecution.  At Kiki Romero, we spoke with Carolina*, a young mother of two from Guatemala, who fled after gangs overran her neighborhood. 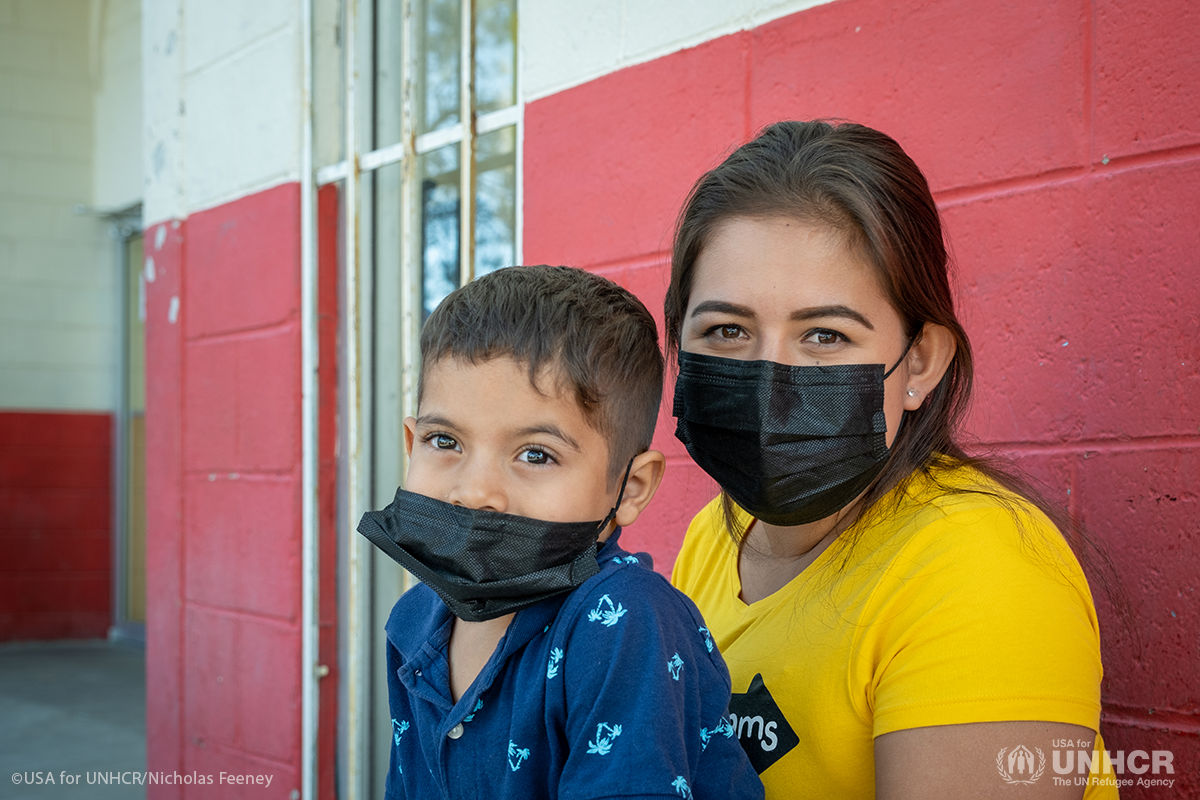 “I fled because I was being forced to pay a monthly extortion to the local gangs,” Carolina shares. “I filed formal complaints with the police and local officials but nothing changed.”

For six months, Carolina cooperated with the gangs, paying a monthly fee to keep her family safe from threats of violence. At the time, she was supporting her family by working at a nail salon, but money was tight and soon there wasn’t enough for food, rent and the payment to the gang. Desperate to protect her children, Carolina used the little money she had left to hire a coyote to help her get to the U.S., where she has family, with the intention to claim asylum.

As Carolina shares the details of the family’s dangerous journey from Guatemala, her five-year-old son Alejandro entertains his little sister Gabby by playing her the song “Tiburón Bebé” a Spanish language version of the children’s song “Baby Shark” numerous times.

The coyote escorted the family to the southern Mexico border where they crossed on foot and were instructed to wait in what Carolina describes as a type of backroom storage facility for a store. For 12 days they waited in this storage room. The family was forced to sleep on the floor and given very meager access to food and water. Each day more people arrived and conditions in the facility became unbearably crowded. There were only two bathrooms for more than 100 people and there was no security or privacy.

After 12 days, Carolina and her children were piled into a bus with more than 100 other people with children seated on the laps of adults. Carolina had both Alejandro and Gabby on her lap as the bus made the long journey north. It was hot and crowded on the bus and there were very few stops along the route. After nearly a 1,000-mile trip, the bus stopped outside of Monterrey, Mexico, and unloaded all the families in the middle of the desert. For the next three nights, Carolina and her children slept outside. 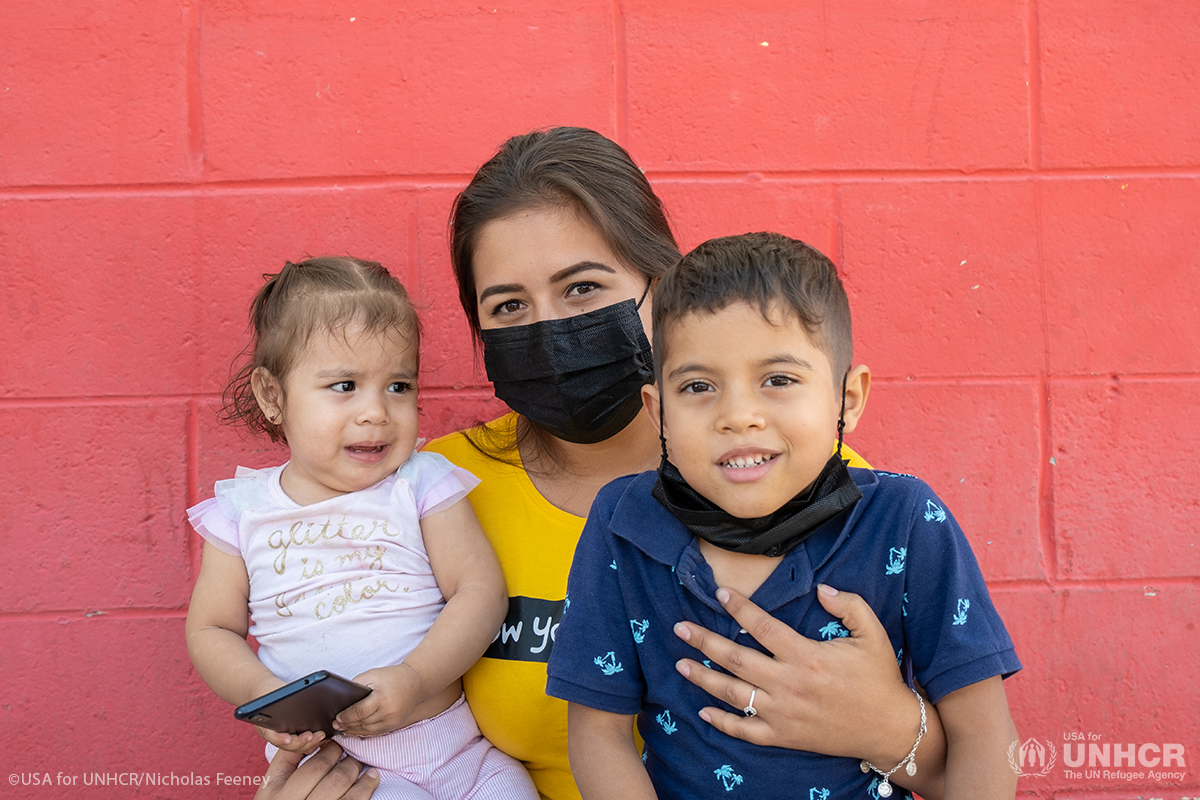 They were only approximately 150 miles from the U.S. border crossing at McAllen, Texas. After three days, another coyote arrived and helped escort Carolina and her children to the border.

The family crossed the border into Texas where they were detained and sent back to Mexico under a provision of U.S. health law, section 265 of Title 42, which cites the need to protect the country from the further spread of COVID-19. The United States has long had a legal framework to guarantee the right to seek asylum to individuals who arrive at its borders and ask for protection. But since March 20, 2020, that fundamental right has been largely suspended at U.S. land borders.

But Carolina and her children were not simply sent back across the Texas border to Mexico -- they were flown to El Paso, hundreds of miles away from where they crossed in McAllen -- and then returned to Mexico in Juarez. Her immediate concern was finding shelter for her children after the harrowing weeks-long journey.

When we spoke in October, Carolina and her children had been at the shelter since August. Policies like Title 42 continue to deny most people like Carolina arriving at the southwest U.S. land border any opportunity to request asylum. Her future remains uncertain but Carolina is insistent that going back to Guatemala is not an option.

“I can’t go back to Guatemala. It is unsafe. I want to go to the U.S. to reunify with my family,” Carolina says. “I want to give my kids a better life.”

The humanitarian situation at the U.S.-Mexico border is complex but one thing is simple -- families like Carolina's who are fleeing violence and persecution deserve our compassion. Get the facts about the U.S. asylum and border policies impacting the situation in our latest explainer.