UNHCR, the UN Refugee Agency, has gained access to the Shimelba and Hitsats refugee camps in Ethiopia’s northern Tigray region for the first time since November 2020, amid ongoing security concerns. 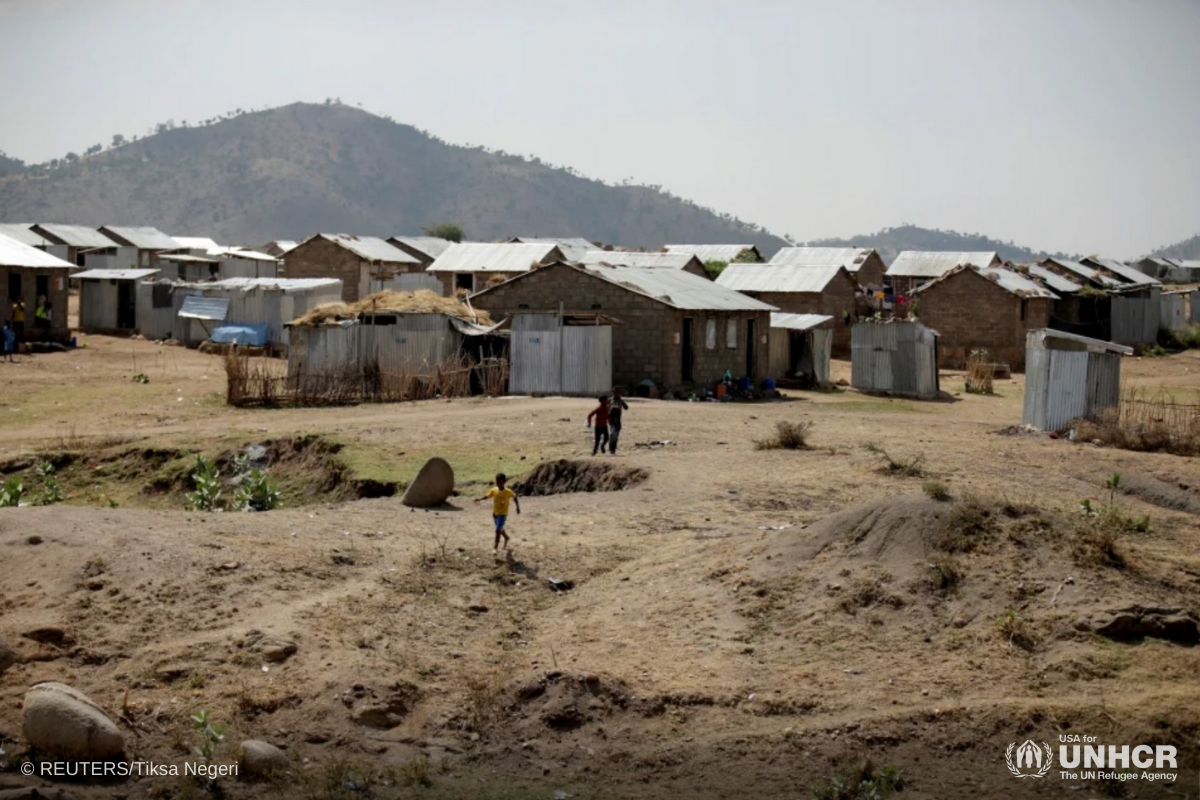 During a joint mission to the area with the United Nations Office for the Coordination of Humanitarian Affairs, OCHA, we found both camps completely destroyed and all the humanitarian facilities looted and vandalized.

In Hitsats, most of the shelters in an area known as zone A, as well as UNHCR’s offices and staff guest house, were found burnt to the ground. The mission confirmed what satellite imagery and accounts from refugees had indicated at the beginning of this year.

UNHCR is deeply concerned for the well-being of the Eritrean refugees who had been residing there, all of whom have fled the camps.

The joint mission was also able to visit Shiraro town; refugees are understood to be scattered in the area and in urgent need of safety and support. A subsequent mission will seek to identify the numbers living there and assess the possibility for UNHCR and Ethiopia’s Agency for Refugees and Returnee Affairs, ARRA, to deliver assistance and plan for voluntary relocation.

Of some 20,000 refugees that lived in the two northern camps of Hitsats and Shimelba prior the crisis, more than 7,000 have either made their own way or were assisted by Ethiopian authorities to reach the other two Eritrean refugee camps, Mai Aini and Adi Harush. In addition, we have so far been in contact with more than 2,000 refugees from Hitsats and Shimelba in Shire, Mekelle, Afar, and Addis Ababa.

In Mai Aini and Adi Harush camps, food and core relief supplies have been provided to the relocated refugees. They are currently living with relatives, in schools or other communal buildings in the camps which are already over-capacity, as well in some 500 newly-built emergency shelters. While another 100 shelters are under construction, they will not be sufficient. Urgent identification of alternative locations to accommodate more refugee arrivals is a priority, especially with the coming rainy season.

UNHCR’s individual reception, counseling and registration services have reopened in both camps. UNHCR and its partners are scaling up child protection and gender-based violence support services.

Local authorities have reported the presence of some 95,000 Ethiopians who are internally displaced within Shiraro’s administrative area. About 47,000 people were registered by authorities last month while the rest are estimated to have arrived since. To date, the vast majority of internally displaced people (IDPs) are living within the host community, and some 30,000 are living in five settlements. In Shimelba camp, the humanitarian team found over 2,000 IDPs and vulnerable host community members who had sought sanctuary in the camp.

All of the displaced people in Shiraro and Shimelba are in dire need of urgent lifesaving assistance, including food, shelter, health care, water and sanitation. UNHCR reiterates the joint UN call for all parties to urgently enable the free and safe movement of affected people in search of safety and assistance, including across international and within national borders, regardless of their ethnic identification. We call for the right to seek asylum to be fully respected.