Where are Afghan refugees going?

Since the beginning of 2021, more than half a million people have been forced to flee their homes in Afghanistan to escape increasing conflict, and the number continues to rise. But where are displaced Afghans going? The majority of Afghans never leave Afghanistan and remain internally displaced within the country, while others are forced across borders and become refugees or are resettled in new countries.

Since January 2021, some 120,000 Afghans have fled from rural areas and provincial towns to Kabul province. Recently, indications suggest Afghans who were previously internally displaced and living in Kabul have begun returning to their places of origin, including provinces in the northern region. 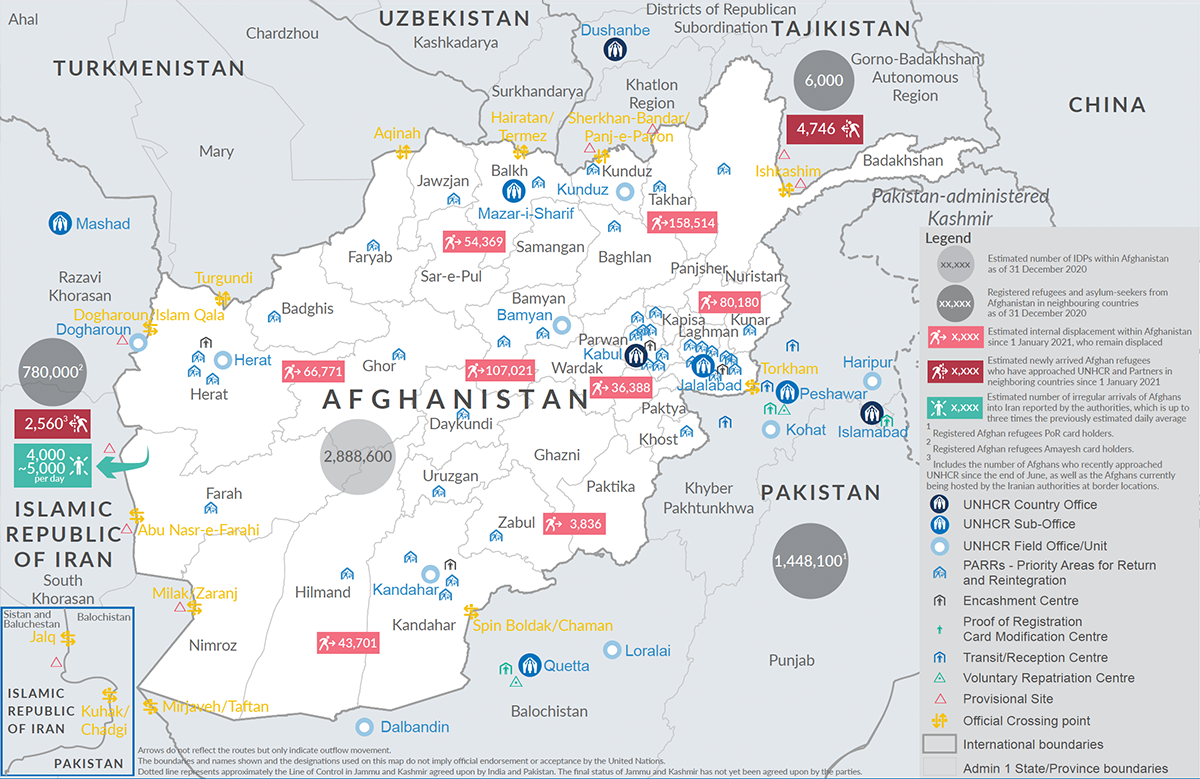 Before the recent escalation of conflict and rise in displacement, Afghanistan was already one of the world’s largest protracted displacement crises. Afghans have faced more than 40 years of conflict, natural disasters, food insecurity and chronic poverty. In addition to the 550,000 displaced in 2021, there were already 3 million internally displaced Afghans at the end of 2020.

There are several camps within Afghanistan that host people who have been forced to flee violence and conflict, but these settlements are also facing challenges posed by the COVID-19 pandemic and natural disasters. Less than 4 percent of Afghanistan’s population is vaccinated against COVID-19, which makes those living in camps vulnerable to the spread of disease. Clean water, access to public health and hygiene supplies, social distancing and vaccine access are all imperative in protecting internally displaced Afghans. 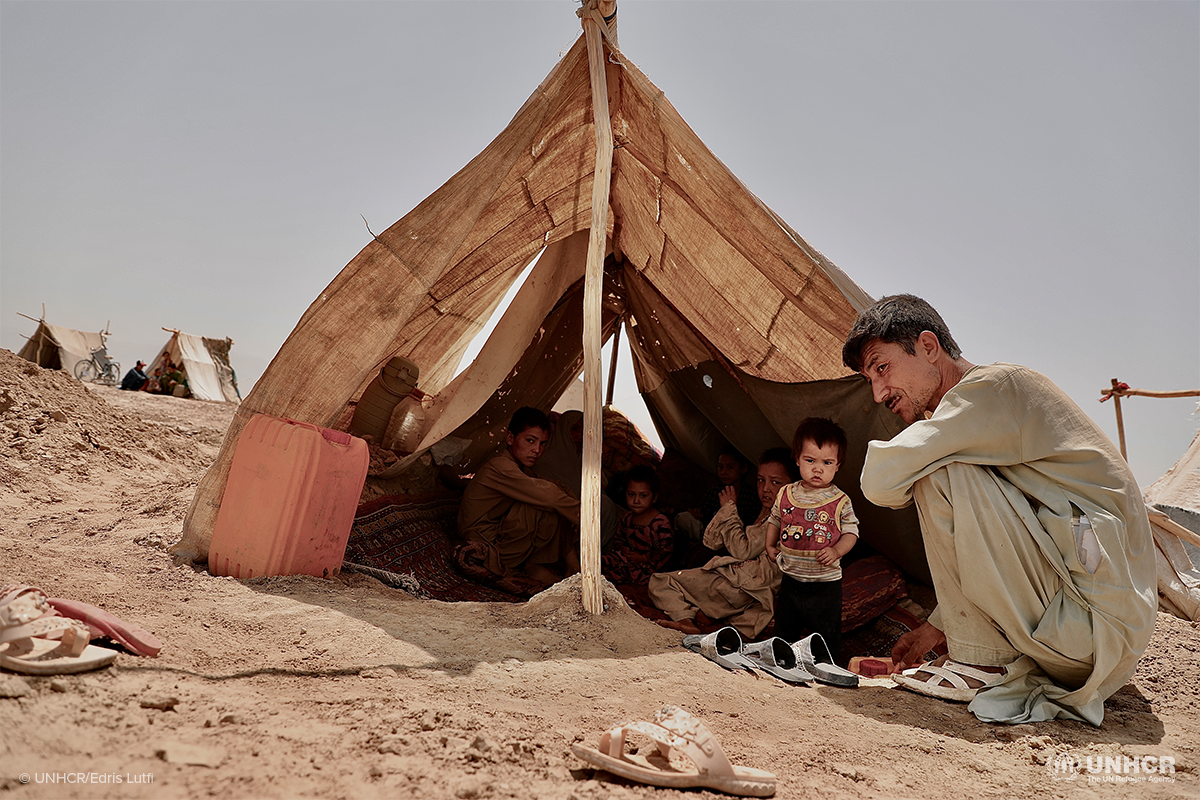 In addition to concerns related to COVID-19, families like Mohammad’s (photographed above) also face challenges presented by natural disasters and climate change. Afghanistan is currently facing a devastating drought, which limits access to clean water and food. Shelters are also vulnerable to strong winds which can quickly destroy makeshift tents.

UNHCR, the UN Refugee Agency, is on the ground working with local communities and partners to assess IDP situations and respond to the recent movement of displaced families. Along with reviewing makeshift shelter arrangements, UNHCR is also working to ensure access to food and clean water, provide cash assistance to families, distribute hygiene and sanitation kits and deploy mobile health teams. In 2021 so far, UNHCR teams and partners have helped more than 230,000 people.

Afghan refugees in Iran and Pakistan

Although IDPs make up the largest portion of Afghanistan’s displaced population, there is also a significant number of Afghans who have been forced to flee across borders. Many Afghan refugees flee to the neighboring countries of Iran and Pakistan, which together host more than 2.2 million Afghan refugees. 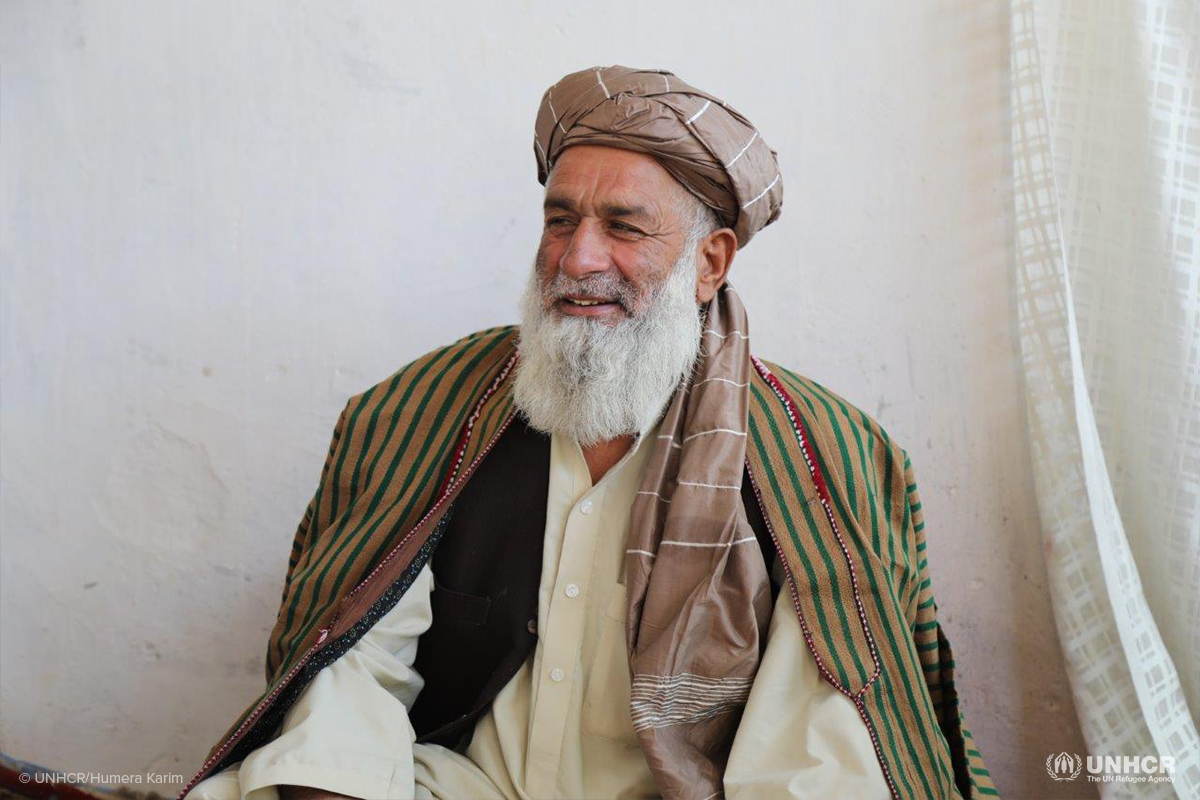 Pakistan has a long history of welcoming Afghan refugees like Haji Gada Muhammad, who fled from Afghanistan 40 years ago when he was 20 years old. As a generous host for Afghan refugees, the government of Pakistan registers and provides documentation to displaced Afghans, facilitating their legal stay in the country and helping them feel welcomed. After decades of hosting, refugee camps in the country have evolved into refugee villages that resemble other villages.

“Local communities had open hearts and warmly took us in,” Haji Gada Muhammad remembers of his first days in Pakistan. Although he spent most of his life away from home, he kept his culture and identity alive by sharing his passion for buzkashi — the national sport of Afghanistan — with his new home. Now, he’s a well-loved member of his community who is known for bringing host and refugee communities together through sport.

Refugee resettlement is a long process that can take many years to complete. In the United States, there is a rigorous vetting process to determine whether a refugee is accepted for resettlement. The entire process takes approximately two years and includes security clearance, interviews and medical screenings, among other requirements. 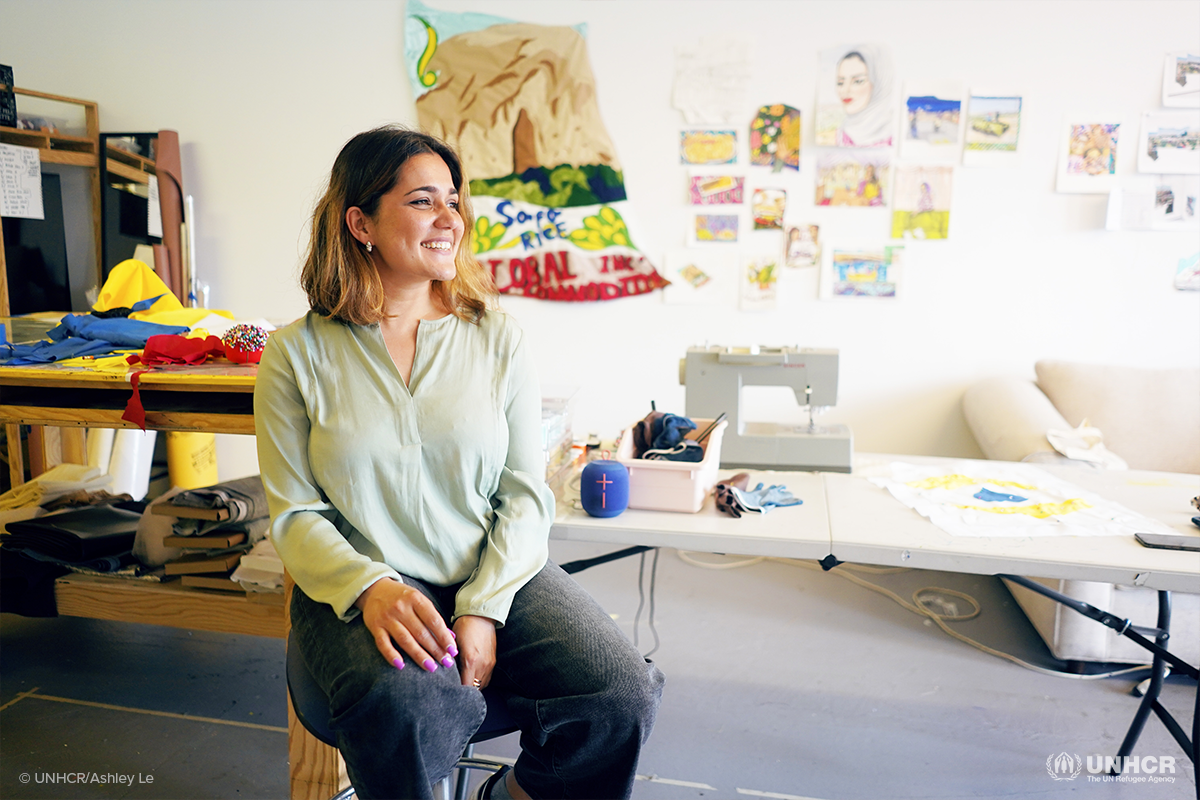 Hangama Amiri was only seven years old when her family was forced to flee Afghanistan in 1996. She spent nearly 10 years as a refugee before being resettled to Canada. During her time as a refugee, she discovered a passion for art thanks to art programs offered by UNHCR. Today, she is a Yale graduate and accomplished artist who makes her experience an integral part of her work.

“These days, home is a memory for me. It’s become more of a feeling than really thinking of home as a territory or as a physical thing. Home is in my heart. But it’s a thing that I cannot smell, that I cannot touch, that I cannot walk on the ground of.... Afghanistan will always be in my work.”

How to help displaced Afghan families…

The people of Afghanistan are strong and resilient, but they can’t survive on strength alone. Your support can help UNHCR provide lifesaving aid on the ground, and offer better opportunities to people like Muhammed, Hanagama and Haji Gada Muhammed. Become a monthly donor today and help support a brighter future for displaced Afghan families.