million Venezuelans have left the country since 2014. This is the largest exodus in Latin America’s recent history and one of the largest displacement crises in the world.

increase in the number of Venezuelan seeking refugee status worldwide since 2014.

of the population has fled the country and people continue to leave at an average of 5,000 per day.

About the Crisis in Venezuela

Venezuela, a country that has traditionally been a generous host to refugees, is now facing its own displacement crisis. The humanitarian crisis in Venezuela has become the second largest international displacement crisis in the world with 6 million Venezuelans displaced globally. Of the displaced, 4.8 million are currently residing in Latin America and the Caribbean.

Rampant violence, inflation, gang-warfare, soaring crime rates as well as shortages of food, medicine and essential services have forced millions to seek refuge in neighboring countries and beyond. An estimated 5,000 people are leaving Venezuela every day.

While more than 950,000 have filed asylum claims, the majority of Venezuelans lack documentation to stay regularly in nearby countries and are not guaranteed access to basic rights. The situation for Venezuelans on the move is dire. They are exposed to heightened risks of exploitation, trafficking, violence, discrimination and xenophobia.

Colombia and other countries in the region have been generously hosting Venezuelans, but their capacity to provide basic services have become increasingly strained. 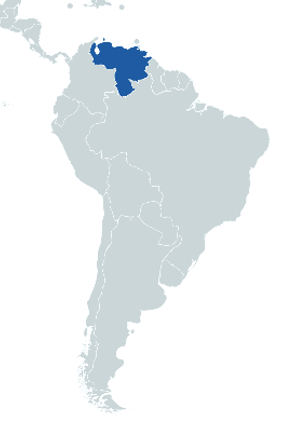 How to Help Venezuelans in Need

UNHCR is on the ground aiding Venezuelans, but resources are stretched too thin. Your gift will offer hope for a safe future.

What is UNHCR doing to help Venezuelans?

UNHCR, the UN Refugee Agency, has joined over 90 partners to establish a Regional Response Plan for Refugees and Migrants (RMRP) with the goal of ensuring a coherent and coordinated operational response to the needs of refugees and migrants from Venezuela.

How can we hope for peace if children can’t access education?

See all stories about the Venezuelan crisis >

Indigenous Wayuu family from Venezuela outside their shelter at an assistance center in Maicao, Colombia.