Myths and facts about refugees in the United States 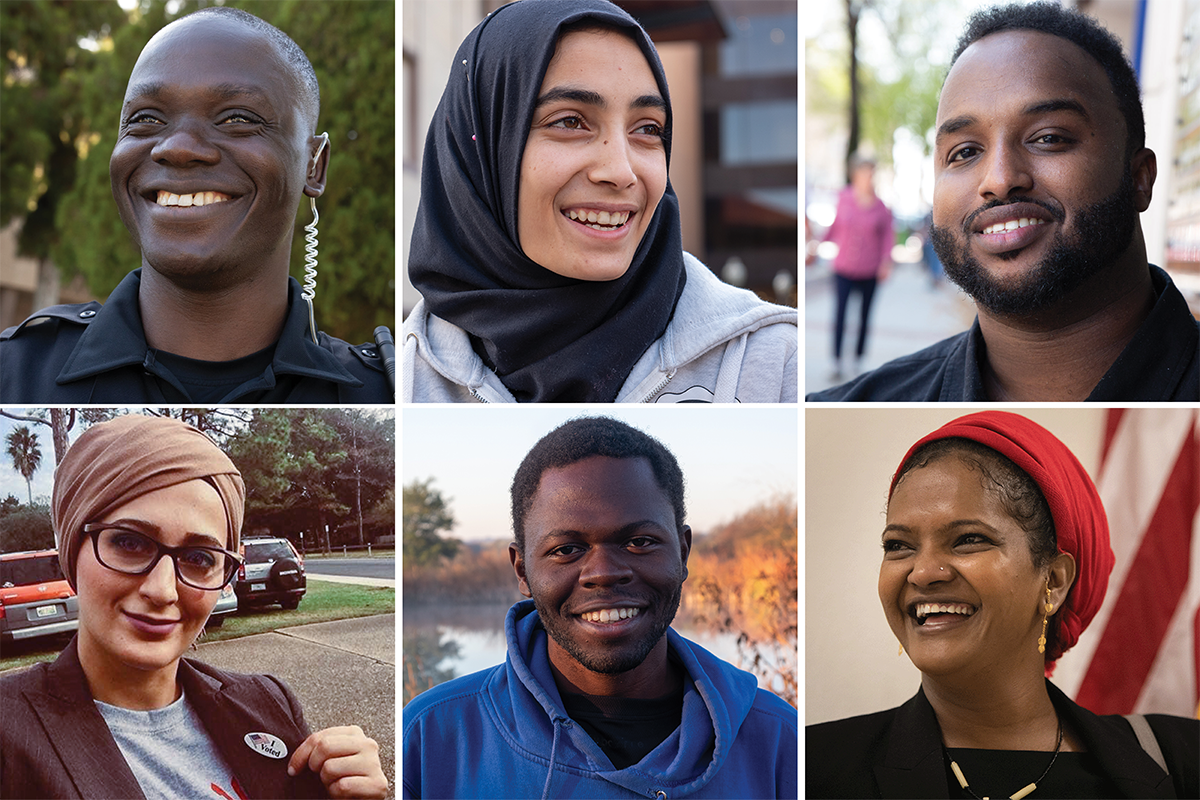 The United States has been a leader in refugee resettlement since the 1970s, welcoming tens of thousands of refugees every year. Resettled refugees and their families have woven themselves into the fabric of American society. They are our neighbors, our friends and our colleagues. They are teachers, business owners and contribute positively to communities across the country.

However, despite the country’s long history of resettlement, there still remain myths about refugees and the resettlement process. Debunking these myths is the first step to making the United States a more welcoming home for refugees. Check out these four common refugee myths and hear the truth from resettled refugees themselves.

Refugees are forced to flee their homes to escape war, violence and persecution. They do not have a choice. After losing loved ones and being forced to leave behind the lives they knew, they often spend several years in refugee camps or settlements not knowing where their lives will go next.

These are Germain’s words (pictured above). He is a former refugee from Togo who now lives in Phoenix, Arizona and works as a police officer. He speaks about how he lost his father and spent 14 years in refugee camps before he was able to resettle in the United States.

Wandaka faced a similar situation as a child. He was forced to flee his home at the age of 10 when war closed in on his home in the Democratic Republic of the Congo (DRC). He spent the next seven years in refugee camps with his family trying to make ends meet before they were resettled in Texas. “People should know nobody ever wants to be a refugee. So, refugees, they leave their countries not because they want to.”

Myth 2: Refugees are a burden on the U.S. economy

A misconception about refugees is that they don’t contribute to their communities and are a burden on the economy. This is simply not true. A report from New American Economy, a bipartisan research and advocacy organization, finds that resettled refugees pay billions a year in taxes and have a higher entrepreneurship rate than other immigrant groups and the U.S. born population.

Refugees are passionate about giving back and helping others, using their own experiences to uplift those around them. Fatima is the Refugee Community Liaison for the Salt Lake City mayor’s office, and she realized her passion for helping others when she was young.

Wandaka (pictured above) also finds fulfilment in helping his community. By working as an Assistant Farm Manager for New Leaf Agriculture, he’s able to offer his community fresh produce and provide an essential service during the coronavirus pandemic. “Feeding my Austin community during this hard time fills my heart with joy…this makes me feel that I am doing something good in my community. I'm happy to be in the position of impacting people.”

Myth 3: Americans have nothing in common with refugees

“What I want everyone to know about what it means to be a refugee is that we're just people who have gone through an experience that we didn't choose, but we are very hopeful about life, we're very resilient.”

These are the words of Mustafa, a resettled refugee from Somalia who is now an entrepreneur in Lancaster, Pennsylvania. A refugee can be anyone. They are parents, children, doctors, lawyers, teachers — and the only thing that differentiates them from most Americans is that they were forced to flee their homes and completely restart their lives.

Resettling in the United States is also an opportunity for many refugees to discover new interests and passions. Wandaka discovered a passion for country music, saying “I love country, I love bluegrass music. I have my friends and they play in bands. And so whenever I have free time, I go watch them. ”

For Basma, a former Iraqi refugee, she discovered a new role model who inspired her work. “I love Judge Ruth Bader Ginsburg. I was traveling and on my way to D.C., I watched her documentary on CNN on the airplane. Watching her story, it just resonates so much with me. Since that moment I fell in love with her. I started following her. I think that kind of women's story, hopefully it will inspire more people.”

And for Fatima (pictured above), a young adult in Austin, Texas, resettling in the U.S. as a teenager and attending an American high school exposed her to new places she might one day explore: “I want to go to North Dakota. We had to make a project about one of the United States and I just chose that. It was just so interesting, the buildings and how it looks. I'm really interested in going there to visit.”

Myth 4: There’s nothing Americans can do to help refugees

Every action, no matter how small it may seem, can help someone somewhere in the world. Whether it’s donating, spreading awareness about a refugee crisis or taking time to listen to the stories of refugees in your community, these actions add up and make a difference for displaced people everywhere.

USA for UNHCR supports the full journey of refugees, from emergency aid to programs in the United States. You can start helping refugees around the world today by becoming a monthly donor. With your support, more refugees like Germain, Mustafa, Wandaka, Fatima and Basma will be able to thrive and build a brighter future.