Reflections from USA for UNHCR staff on the global refugee crisis

Over the past month the eyes of the world have been focused on Ukraine. The numbers of those forced to flee the conflict are staggering. More than 10 million people – women, children and men – displaced from their homes. UNHCR colleagues on the ground both inside Ukraine and in neighboring countries are sharing heartbreaking stories of families torn apart, homes destroyed, lives devastated.

In response to this devastation, we are witnessing an extraordinary outpouring of kindness and compassion. There is a movement of solidarity that urgently needs to be extended to all those fleeing conflict and persecution around the world.

UN High Commissioner for Refugees Filippo Grandi said, “This level of solidarity should set the example for all refugee crises. Even as the Ukraine crisis intensifies, we must not forget the millions more children, women and men displaced by conflict, persecution, violence and human rights abuses. In many other regions of the world – far too many – the devastation inflicted on millions of innocents is no less real and no less cruel.”

Over the years, USA for UNHCR staff have had the opportunity to meet displaced people from around the world — hearing their stories, bearing witness to their situations and understanding the circumstances that forced them to flee. These experiences allow our staff to achieve our mission to protect and empower displaced populations, and we share stories to remind ourselves that at the heart of all refugee crises are individual people.

Below, four staff members reflect on their experience meeting refugees from Syria, Myanmar, Venezuela and South Sudan to call on caring Americans to hold refugees around the world in their hearts. 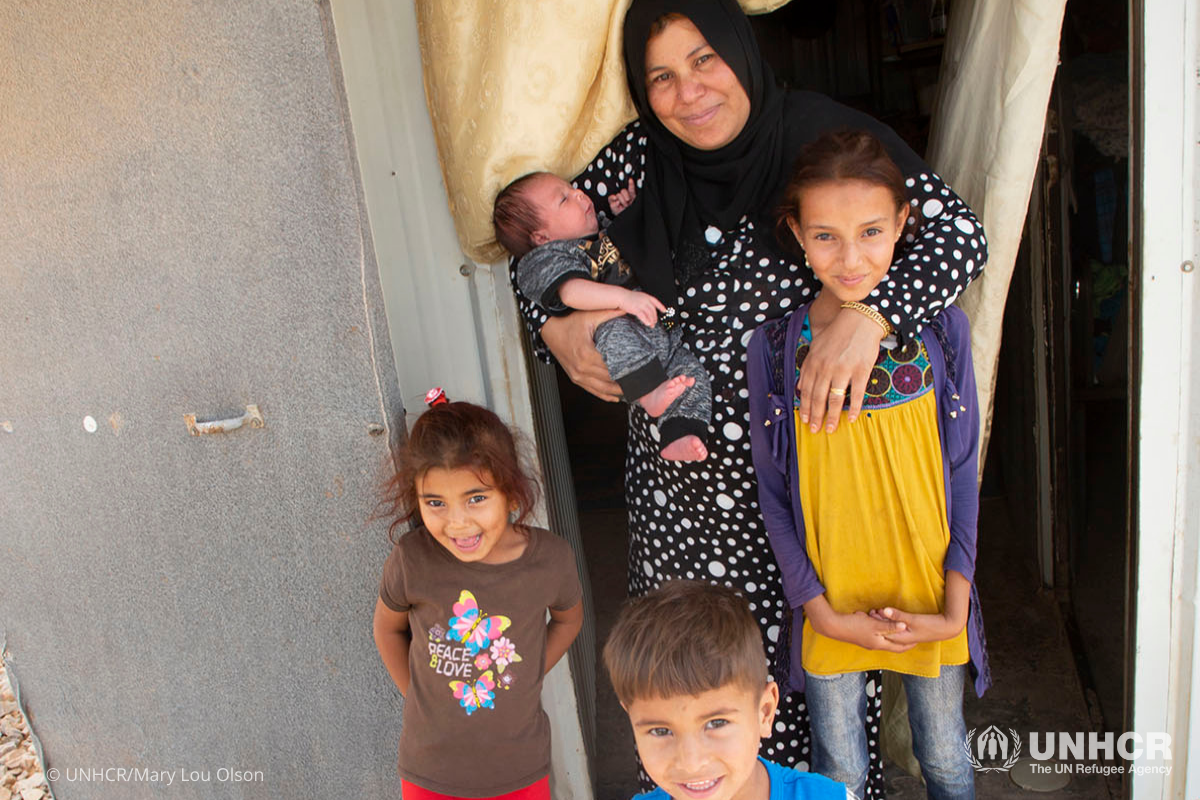 I often think about Eid, Um Jihan and their four children – Syrian refugees who I met in the summer of 2018 in Azraq refugee camp in Jordan. Jihan, the oldest daughter, would be 15 or 16 now. Because of the generosity of the Jordanian government, I know that she at least has a safe place to rest her head at night, but is she healthy? Is she in school? Do her dreams include returning to Syria one day? I also wonder if her father is still innovating for his family: tending his vegetable garden in the desert, maintaining the makeshift air conditioning unit he built for his family’s shelter, or maybe something else occupies his busy mind now. But the question I first had after meeting this family still haunts me: When, and where, will they find a lasting home?

Syria remains the world’s largest displacement crisis. More than 13 million people have either fled the country or are displaced within its borders. I hope that the world will not forget or neglect the growing needs of displaced Syrians inside and outside the country, 11 years since the crisis began. 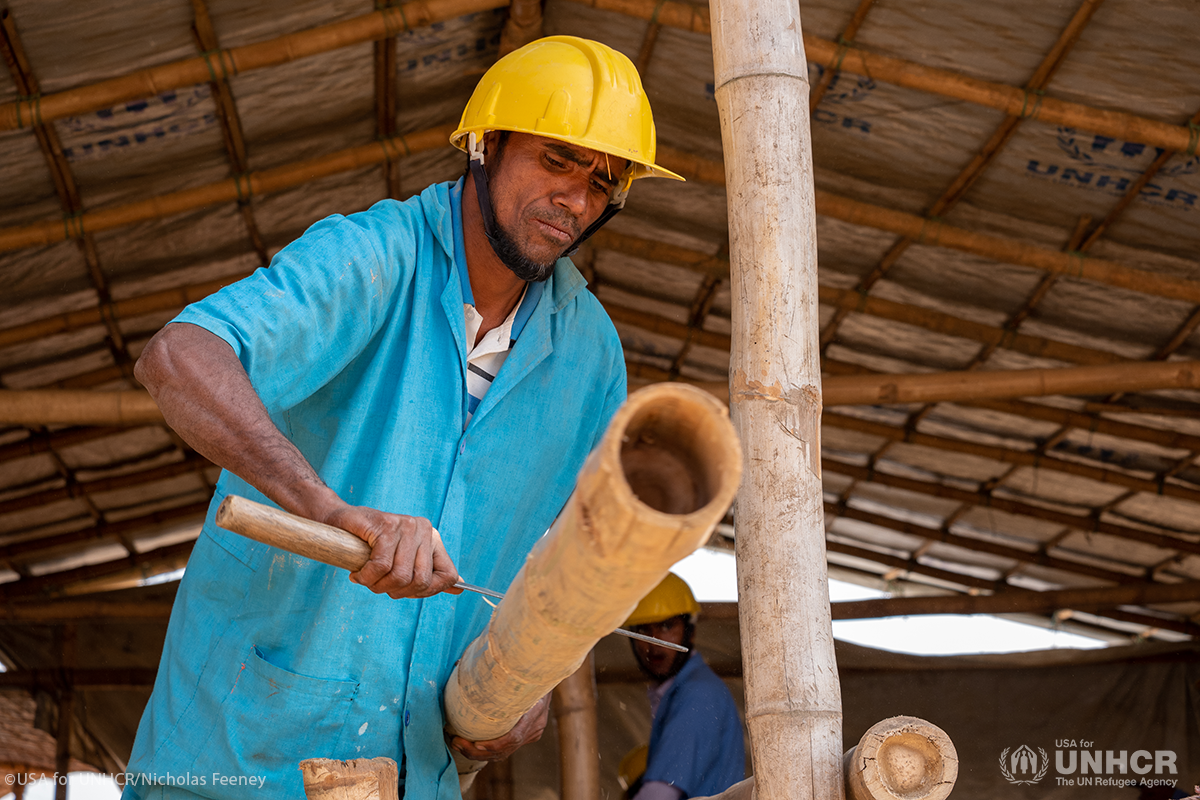 I met Noorul at a bamboo treatment facility on a swelteringly hot day in the Kutupalong refugee camp in Bangladesh just days before COVID-19 would upend the entire world. On that day, Noorul worked his machete across long bamboo poles, smoothing out knots, preparing them to be treated against infestation and rot. “I had a farm back in Myanmar and I’m more comfortable now that I’m working again,” he shared, his hands never stopping. “Sitting is not ideal for me.”

While he worked he told me the story of how he became a refugee. In Myanmar, his village was targeted and destroyed because he is Rohingya, a Muslim minority in the country. In the wake of destruction, Noorul gathered his family and fled, leaving behind his farm and the life he knew. In the months that followed, more than 800,000 Rohingya would flee Myanmar. Kutupalong quickly became the largest refugee camp in the world.

Before I left, I asked Noorul about his hopes for his family and his life. He told me he was focused on the health and wellbeing of his children. “The future is uncertain, but I will work hard no matter what,” he said.

A week later, Noorul’s parting words to me would feel prophetic. More than two years later, the future still remains uncertain for Noorul’s family and all the Rohingya refugees living in Kutupalong. But we must keep sharing their stories and lifting their voices so we never forget that at the heart of every refugee crisis are individuals with hopes, dreams and aspirations.

I remember her sparkly bright and brown eyes. She sat in a plastic chair, hugging her knees as she rocked back and forth peeling an orange. Behind her clasped hands, she timidly uncovered a faint smile.

Her name was Talia, and she was a 4-year old girl who had just tragically fled her home in Venezuela with her family. We sat in an outdoor communal kitchen which served thousands of meals a day to Venezuelan refugees. For many of them, this was their first meal since traveling long and tiring days to the border. After describing her fears fleeing their home in Venezuela, Talia’s mother said there was no going back, “There’s nothing for us there.” She hoped to stay in Colombia.

I can’t help but think of Talia eagerly walking into a classroom for her first day of school. She’d be in kindergarten now. Like all children, excited and ready to learn. 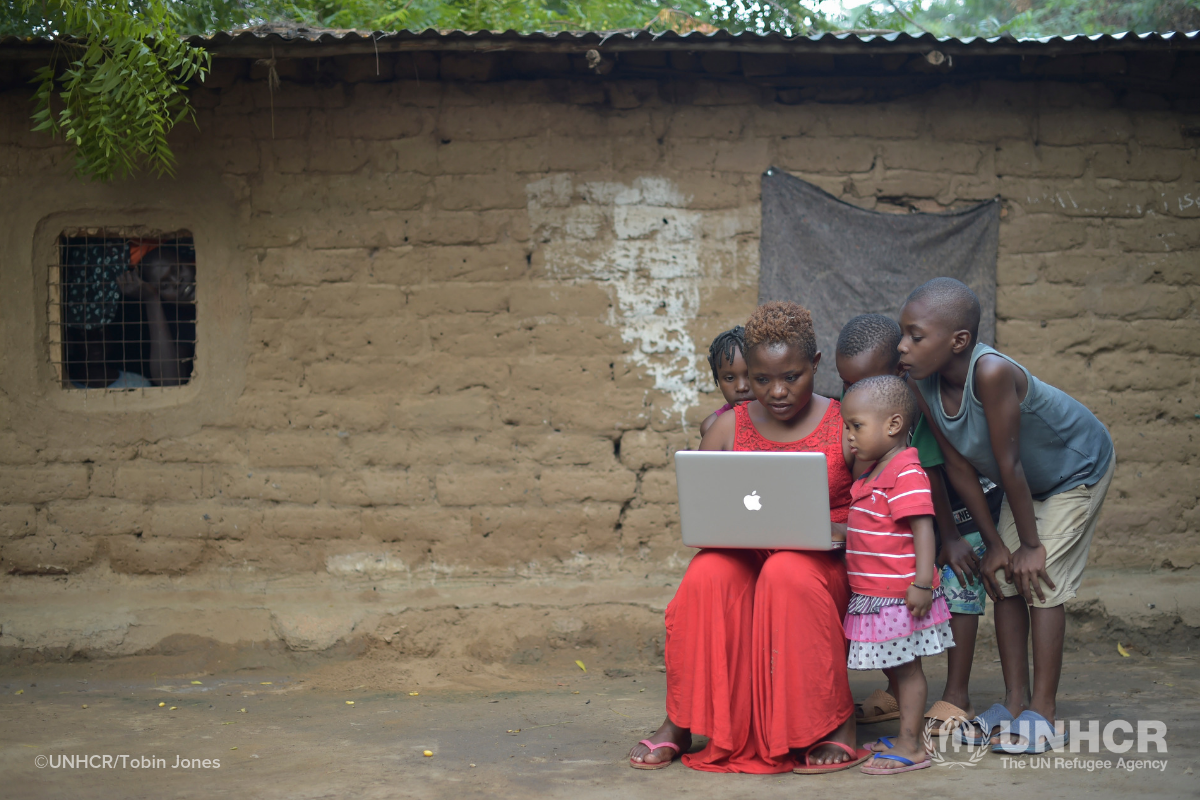 Vivian, a mother to one of the children running through the camp, offered to show us her home. Refugees receive a monthly stipend on a UNHCR debit card where they can work with local vendors to purchase goods and services for permanent shelters. She beamed as she told us how she saved enough money in construction costs to build a chicken coop behind her home to both feed her children and provide a livelihood for her in the local refugee community. Vivian is from South Sudan, where more than 2.3 million refugees have been displaced.

Refugees have been fleeing to Kakuma refugee camp since 1992, vastly surpassing the original estimates for the number of shelters needed. When Kalobeyei settlement was identified as a solution for overcrowding, UNHCR provided cash assistance to refugees to help them move from the temporary plastic tents to more permanent shelters made of bricks and tin roofs.

Although my visit to Kakuma refugee camp was nearly three years ago, the crises in South Sudan have yet to be resolved -- an additional 20,000 refugees from South Sudan have reached Kakuma, bringing the total to 128,000.

For millions of refugees around the world, the journey from war, conflict or persecution is not over. UNHCR, the UN Refugee Agency declared 40 new emergencies in 29 countries in 2021. By becoming USA for UNHCR’s newest monthly donor, you can help UNHCR stay and deliver, wherever and whenever crisis occurs.